The same psychological mechanism that makes Donald Trump enchanting to certain people also appears to make them susceptible to enchantment by invisible beings.

That would explain the president’s curiously enormous popularity with evangelical Christians, who should of all Americans (considering the prudish moral imperatives of their ostensibly deeply held religious beliefs) be the most repelled by him.

But no. And there seems to be a very convincing explanation for this perplexing paradox.

The reason is a natural human tendency to cling to illusions, a mechanism of mind termed “cognitive impenetrability,” John C. Wathey writes in the latest 2018 edition of the quarterly American periodical Skeptic (only available by subscription, here).

In his article, Wathey explains that, with cognitive impenetrability, “our conscious understanding of the reality of the situation is not enough to penetrate the illusion.”

For example, Trump has often said, “Nobody loves women more than I do,” but has also said that if a man is a celebrity he can, at will, “Grab ’em by the pussy. You can do anything.”

So, a “conscious understanding of the reality of the situation” is that Mr. Trump is, manifestly, a sexually abusive pig, while, to those enthralled by him, he remains only the illusory, almost feminist, character he purposefully misrepresented himself as in his earlier quote.

This is how cognitive impenetrability works.

For example, Germans of the Third Reich just before Adolf Hitler plunged the planet into World War II, were utterly mesmerized by the seemingly strong, masculine, world-beating, national-pride-restoring Arian leader that Hitler represented himself to be. His adoring throngs, filled with the adrenaline of the strongman’s proximate power, seemed unaware of the Nazis’ inhumane and racist brutalities against German Jews that should have been viewed as a sinister sign-post of depravities to come (as they infamously were).

The concept of cognitive impenetrability could therefore explain a lot of similar confusions among human beings and their societies. Why, for instance, do we love deeply flawed, even demonstrably evil, demagogues? Why does our lust for political excitement leads us to embrace charlatans as saviors? Why do religious people ignore the mortal sins of leaders who promise without evidence their deliverance? Why do we often instinctively hate people for simply being different from us? Why do we insist — and have for millennia — on believing in gods and devils and invisible realms.

These are the illusions we cannot penetrate. That fire-and-brimstone orators we emotionally respond to must be as personally great as the feelings they bestow in us. That charismatic people must be as infallible as they are attractive. That because charismatic people are so transcendently special they must be forgiven their human foibles. That people who are different make us feel fearful, so they must be feared. That dreaming of omnipotent, omni-benevolent beings we can’t see make us feel so divine they must be what we imagine they are.

But it’s all nonsense, of course. What we feel things are isn’t what they are. Only what they actually are is.

Wathey’s article begins at a 2006 Beyond Belief conference with renowned astronomer Neil deGrasse Tyson, who succeeded the late, great Carl Sagan as host of the sublime TV show Cosmos. Tyson lamented that only 93 percent of members of the National Academy of Sciences rejected the existence of a personal, prayer-hearing God as proposed by Christianity. Tyson wanted to know, Wathey wrote:

“Why do 7 percent of the most brilliant minds in America believe in a personal God? Why isn’t the number zero? There appears to be something mysterious and alluring about religion that can seduce even the most elite of scientists.”

That could very likely be something akin to cognitive impenetrability.

The godly uber-scientists are a critical subgroup to consider in understanding exactly what is fueling the beliefs of all believers, Wathey wrote, paraphrasing Tyson:

“[I]f we really want to understand religion, it’s these mysterious elite scientists we should be studying, not the general public. Whatever it is that can make believers out of them must be the most concentrated essence of the thing we’re trying to understand.”

Thus, as Trump opponents are dumbfounded by how any Americans can so mindlessly embrace a leader with such profoundly un-American instincts and tendencies, religious nonbelievers are painfully perplexed by how the faithful so fervently believe in invisible things that simply cannot be verified in reality.

The ‘language of God’

Noted chemist Francis S. Collins, a North Carolina Ph.D. and M.D., asked this ancient question in his book, The Language of God: A Scientist Presents Evidence for Belief:

“Why do we have a God-shaped vacuum in our hearts and minds, unless it is meant to be filled?”

Wathey contends it is a philosophical question, not one wholly material science can answer. But he says critical thinking leads many nonreligious people to think of this conundrum differently, realizing that no evidence in the real world supports the idea of supernatural realms. So, we think, instead, what in our biological evolution left virtually all human beings with such unverifiable imaginings? Wathey believes that this evolutionary puzzle “cries out for a scientific explanation”:

“I suggest that the feeling of God’s presence is a completely natural illusion that has its origins in the peculiar constraints of human infancy.”

As Tyson and Wathey propose, if we can better understand why people insist on believing in the unsupportable, in embracing the nonexistent, in making demi-gods of men, we can better mitigate the often dangerous effects of such mass self-delusion.

To pierce illusion with reason.

To finally solve some knotty problems of religion and even politics perhaps. 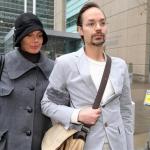 October 22, 2018
Need One Unimpeachable Lesson Against Blind Faith? Here It Is.
Next Post

October 24, 2018 Do Today’s 'Suspicious Package' Reports Seem Way Too Coincidental?
Recent Comments
0 | Leave a Comment
Browse Our Archives
get the latest from
Godzooks: The Faith in Facts Blog
Sign up for our newsletter
POPULAR AT PATHEOS Nonreligious
1