I like to remind people that I’m as far from being a conspiracy theorist as Donald Trump is from being a feminist.

… America’s ultra-divisive political milieu of the moment is conspiring to make us all a little paranoid. I use the term “conspiring” literally here, because the chaotic atmosphere is driven personally by our darkly conspiratorial president.

Like Hitler, Mussolini, Franco, Lenin and Stalin before him, Donald Trump’s pre-emptive tactic is also a strategy. He “gaslights,” meaning leads people to question truth, reason and their sanity, so that, in their moral and intellectual exhaustion, they end up tending to believe only what he claims.

When, in fact, most of what he claims is sheer nonsense.

For instance, Barack Obama was always born in America, and Obama never tapped his phones. Mr. Trump almost certainly did have sexual relations with porn star Stormy Daniels and former Playboy Playmate of the Year Karen McDougal while he was married, which we can rationally surmise because he orchestrated paying each more than $100,000 to not talk about it. The “small loan of about $4 million” he said his father gave him to enter the business world actually turned out to be more like $400 million over decades. Any reasonable person can see he has attempted to obstruct justice in what he calls a Justice Department-overseen “witch hunt” into his alleged collusion with Russians, and it’s totally fair to say his fawning self-degradation before Vladimir Putin this year in Russia hints at collusion, if not downright treason. He’s enthusiastically OK with separating immigrant children from their parents and imprisoning them in cages. Oh, and the crowds at his inauguration were demonstrably smaller than Obamas.

Which brings me to today’s report of “suspicious packages” (i.e., suspected bombs) reportedly being placed at the homes of the Obamas, and Bill and Hillary Clinton, the offices of CNN in New York City (that package was addressed to John Brennan, the former CIA director under Obama, and a sharp Trump critic); and another package was reportedly sent earlier in the week to Democratic billionaire George Soros’ home outside the city. Other packages were sent to Eric Holder, former attorney general under Bill Clinton, and Rep. Maxine Waters (D-California), both reviled by conservatives.

I don’t want to spread false narratives, but this clearly purposeful sprinkling of packages that careful people could be expected to treat as potential bombs seems calculated. Perfectly calculated, if one were prone to conspiracy theorizing.

What does the president hate most?

What is one thing that our president seems to hate above all others? Answer: bad press. Lately — and, remember, it’s only days to the mid-terms — his press has been especially bad. He is unconscionably trying to scare the electorate with lies and innuendo.

For example, said he, the several thousand refugees, mostly families from violence-torn Honduras, will soon “invade” the U.S. southern border — even though they’re mainly on foot and more than 1,000 miles distant at the moment. Some “army.” Also, Mr. Trump insisted, there’s “Middle Easterners” hidden in the throng, a dog whistle to his base that implies ISIS terrorists are surging northward toward America, unnoticed in invading crowds. When pressed, he admitted, “There is no proof of anything,” just sentences he’s inventing. Also, he assured everyone that a “big middle-class tax cut” would come to fruition this week, when it was clear that his handlers had no idea what he was talking about, and, still, such a cut would require congressional action. Unfortunately for this proposal, Congress won’t even be in session again until after next month’s election.

The media has been duly reporting on all these questionable claims, which is a polite way of saying “bald-faced lies.”

Bad press, as I was saying.

Now, I don’t want to seem too cloak-and-dagger here, but what would be a good way to completely change the public discussion about how desperate the president seems as he spews a tsunami of lies and misrepresentations heading into the home stretch of the mid-terms?

You could plant a bunch of bombs at the homes and offices of high-profile Democrats. That might work. Even if the feared improvised explosive devices turned out to be Tonka Toys, the effect would be the same: total public attention for a time, fear, confusion and (most importantly) public distraction from Trump’s many subterfuges trying to turn this Titanic of an election in favor of the GOP.

It could have been some random, GOP-aligned, Trump-loving, right-wing crazy, emboldened by the president’s pugnacious, violence-embracing ethos — “Knock the crap out of them,” he urged supporters against protesters at one of his rallies. Just helping out the don.

What we sow, we reap, you know. And not everyone is nuanced in their interpretations.

Or, as my fellow Patheos blogger “Shem the Penman” suggests, today’s disruption could even be a “false flag” incident orchestrated by “an amoral Democratic operative.” Who knows?

So, call me paraonoid, but, honestly, I would not be even mildly surprised if the investigation into these alleged bombs reveals nothing more than a political dirty trick from the left or right. Heaven forbid it’s an actual, officially orchestrated covert political attack, which, actually, I don’t believe it is.

But my point is, when a president makes sure we can’t reliably believe a single thing he says, almost anything seems possible, even probable. More so if he routinely promotes a culture of hostility, antagonism and assault, where primary aggressors, even Nazis, can be “really fine people.”

And further muddying the waters, the president said on Wednesday, with a strange, new conciliatory tone:

“In these times, we have to unify. We have to come together and send one very clear, strong and unmistakable message that acts or threats of political violence of any kind have no place in the United States of America.” 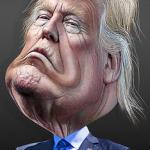 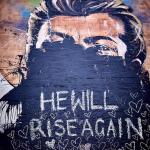 October 25, 2018 Nonreligious 'Nones' On A Roll in Secularizing Australia
Recent Comments
0 | Leave a Comment
Browse Our Archives
Follow Us!

Nonreligious
While virus burns Americans, Trump fiddles with ‘the...
Godzooks: The Faith in Facts Blog
TRENDING AT PATHEOS Nonreligious