Small-Town America Is Fading Away. You Can ‘Thank’ Big Business.

Small-Town America Is Fading Away. You Can ‘Thank’ Big Business. November 27, 2018 Rick Snedeker

Reading a story in The New York Times today on the dangers of monopolies — “Be Afraid of Economic ‘Bigness.’ Be Very Afraid.” — I was reminded of a charming memory once recounted to me by my wife’s brother-in-law, a South Dakota farmer.

He (his name is Ronnie) told me how when he was a kid some six decades ago living on a farm outside the rural community of Alexandria, Saturday night on Main Street in “Alex” was an exciting, shoulder-to-shoulder affair. Townspeople and farm families from miles around jammed the modest thoroughfare, the men and boys chatting on the street, drinking (if you were old enough) and playing pool at the bar, making a loop down one side of the street, crossing over, and going down the other side in the opposite direction. Popping into stores and looking around. And again.

Many of the women sat for hours in cars, sharing their families’ trials and tribulations, humbly boasting of their clans’ achievements, and gossiping.

Ronnie remembers that prizes were part of the fun, as the various Main Street merchants held drawings — for hams, shovels, even a bicycle once.

It was crowded and exciting in Alex on a Saturday night, Ronnie recalled. Except for a lack of skyscrapers, it might have been Manhattan for its bustling, raucous din, and I don’t mean Manhattan, Kansas.

Four to a section

Back in the day in South Dakota, normal was four families on a section of “ground,” which measured a mile square. Each family farmed a “quarter,” planted an enormous garden in spring, and also raised cattle, pigs and sometimes sheep. Nobody was rich, Ronnie says, but everybody was well-fed and felt reasonably happy, and family (with lots of kids) and church provided the steadying ballast to their rural life. Entertainment often was “visiting” and playing cards (Pitch, Pinochle and a host of other card games rural folks traditionally played in the area). And, of course, eating — sloppy joes, “funeral meat” sandwiches, rhubarb pie, oyster stew at Christmastime, and lots of ice cream, etc.

But by now a lot of that is ancient history in these parts, at least the crowded Saturday night in town part.

Today, as family farms sell to “corporate” farming concerns, and individual farms grow bigger and bigger and bigger, you’re lucky to find a single owner of a section of ground much less a quarter. Some farms encompass multiple sections, meaning multiple square miles. That takes lots of tractors, combines, grain trucks, loaders, silos, bins and a slew of other very expensive equipment and infrastructure. Ground that was selling for $250 an acre 35 years ago is going for $6,000 and up today. With those costs, a quarter of ground just ain’t cutting it anymore for a single family, hasn’t for awhile in fact.

To me, it’s a national tragedy. On Saturday night in Alex these days, you might see a few cars parked next to either or both of the two local bars on Main Street. That’s it. Few commercial establishments remain, except for the bank, the Post Office, the insurance office, the American Legion hall and a sprinkling of other places. It’s quiet and mostly dark except for the street lights. No drawings are held, unless there’s a special fund-raiser, and no prizes awarded.

What has been lost?

I see the Saturday night fever of Ronnie’s youth in my mind’s eye, and I worry about what has been lost, not only in Alexandria but in small, slowly dying farming communities throughout the Midwest and beyond. Maybe I have a romanticized view, but it seemed a healthy kind of life back then, a life that’s taken a big hit in our part of the nation.

Of course, rural South Dakotans are still much the same, focused on farm and family and (to an ever-lessening extent) church, generally honest as the day is long. Wholesome as fresh-churned butter, you might say. But there’s far fewer of them doing it, the critical mass of a thriving, prospering community reduced almost below sustainability. The kids often can’t afford to farm so go off to college or otherwise move away (many if not most never to permanently return), further shrinking their communities. The families have far fewer kids. The elderly citizens relentlessly, naturally, pass on.

So, the Times story I read today struck me as both sad and ominous. Sad in that I view uber-big business as having decimated one of the best parts of America, it’s thriving rural communities. And ominous in that we seem to never learn the lessons of economic history, where gigantic businesses come to virtually control whole societies under fascism as they did in Germany before the Nazis used them to launch and finance a devastating world war.

Even today, Facebook, Amazon, Apple and other corporate behemoths grow insidiously large and obscenely rich, as they increasingly dominate our lives and personal autonomy in destructive ways we are just beginning to comprehend. Among the ways are the gutting of Main Streets, for example, as online retailers such as Amazon steal customers from mom-and-pop community stores in unfair ways, forcing them to close their doors. And as we talk less and less to each other as we grow more and more distracted by our “smart” phones.

Is all of this making life better? Making America stronger, a more perfect union?

I was never in mid-century South Dakota back in the day, because I’m an Arizona transplant (my wife is from here), but still I intellectually lament its passing as I mourn the loss of common decency in the nation’s political discourse. Sometimes the “good old days” were, indeed, better, more nurturing, more real.

As companies grow larger and larger, and more and more powerful, I fear Americans will relentlessly weaken as our modern conveniences increase while the spaces between us relentlessly expand and the close connections that have long held the nation together begin to fray. 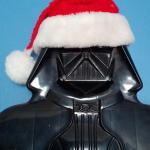 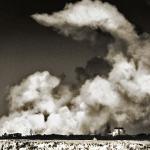 November 28, 2018 The Deluded 3%: Why Do Global Warming Deniers Deny?
Recent Comments
0 | Leave a Comment
Browse Our Archives
get the latest from
Godzooks: The Faith in Facts Blog
Sign up for our newsletter
POPULAR AT PATHEOS Nonreligious
1