But buried in the language of ecclesiastic speeches responding to the vote halt is what may be a more worrisome question of church-state separation.

“The instruction to delay consideration of a new code of conduct for bishops and the creation of a lay-led body to investigate bishops accused of misconduct came directly from the Holy See, DiNardo told a visibly surprised conference hall.”

DiNardo told bishops, representing 196 Catholic dioceses and archdioceses, that he was “disappointed” by the directive.

After DiNardo’s remarks at the conference, Archbishop Pierre, the Vatican’s U.S. Ambassador, presented an address defending bishops’ remedial measures already taken regarding the sex-abuse scandal and — pay particular attention to this — “expressed hesitation about anyone other than clergy, like lay leaders or civil authorities, punishing clergy abuse,” according to a Monday report in the Washington Post.

Specifically, consider the meaning of the phrase “anyone other than clergy.”

The French archbishop then went on to quote a French author who said, “whoever pretends to reform the church with the same means to reform, temporal society” will “fail.” For good measure, he added:

“There may be a temptation on the part of some to relinquish responsibility for reform to others from ourselves, as if we were no longer capable of reforming or trusting ourselves.”

As if putting priests in charge of investigating illegal sexual atrocities committed by priests is not an unavoidable, unacceptable conflict of interest, not to mention an unconstitutional abrogation of legal authority.

What that means is that only the church — not the U.S. legal system — should have judicial authority to investigate and punish clergy sex-abuse allegations.

This is a fundamental church-state-separation issue because if the American legal system were to allow the church to be judge and jury of its own scofflaws, the government would need to abdicate its legal authority to the church.

Still, the pope’s blocking of a conference vote in Baltimore is worrisome in itself to some.

Anne Barrett Doyle, co-director of BishopAccountability.org, railed against the last-minute order from the Vatican “truly incredible.”

“What we see here is the Vatican again trying to suppress even modest progress by the U.S. bishops,” said Doyle, whose group compiles clergy sex-abuse data. “We’re seeing where the problem lies, which is with the Vatican. The outcome of this meeting, at best, was going to be tepid and ineffectual, but now it’s actually going to be completely without substance.”

Why did pope halt vote?

Of course, we don’t know at this point why exactly Pope Francis has ordered a delay in the vote until after a scheduled worldwide meeting of church officials February in Rome, which will discuss the continuing sex-abuse scandals and expanding allegations.

Perhaps he wants to bring neutral civil authorities more deeply into the investigative and penalty process in allegations against church officials.

Such a lay authority was reportedly proposed by church officials but was ultimately tabled.

The lay board appointed 15 years ago to investigate church sex charges but given no real authority, sent a letter in September to Cardinal DiNardi “seeking to be reappointed and given the power to probe high-ranking members of the Catholic Church in the United States,” according to a Chicago Sun-Times report.

In the letter, the board said it seeks to “to assist the Church in dealing with the very serious crisis that it is currently facing.” The letter recommends three primary focus areas, includin resolving “the basic flaw” in the panel’s original charter: that it “always exempted the bishops from the process.”

“We were never given the power to investigate the bishops. We need to know why Washington, D.C., Archbishop McCarrick and others rose in their ecclesiastical careers when troubling facts regarding [their alleged] sexual abuse were known by the hierarchy which promoted them. Until these bishops and cardinals admit their fault and knowledge of what was occurring and their role in it, we are not going to be able to restore trust in our Church.”

The board’s letter to Cardinal DiNardo stresses its independence and impartiality and that its work was “widely praised both inside and outside the church. It emphasizes that any new lay board should be created in a totally independent process.

However, the Sun-Times article reporter, Michael Sneed, writes that he understands Pope Francis has the sole authority to re-appoint such a lay panel, and would be solely responsible for authorizing any investigation of bishops.

Yet, no matter what the pope may want or decide, the church should be completely removed from the process of investigating any allegations of sexual abuse or impropriety against any church official at any level of its hierarchy. The constitutional legal system of the U.S. should have absolute authority over any such cases.

Meanwhile, bishops seem to be hoping the roosters of the church will retain power over the still-growing number of victims in the henhouse of unsuspecting believers. 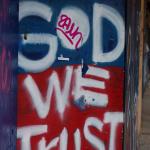