The Deluded 3%: Why Do Global Warming Deniers Deny?

Socrates reportedly believed that being aware of your own ignorance — knowing what you don’t know, in other words — is a virtue.

Yet, as we see now with the American president and his administration, plus most conservative Republicans (if not the entire GOP), such awareness of ignorance can also be a very destructive — and largely intractable — vice.

The psychology of denial

Although a fascinating story today in The New York Times — “Knowledge, Ignorance and Climate Change” — is ostensibly about denial of human-caused climate-change, it is also about the psychology of denial in general, particularly of claims that evidence seems to almost irrefutably support.

For example, the evidence seems particularly compelling that the activities of people are the main driver behind existentially worrisome global warming and climate change. As Arizona State University philosophy professor N. Ángel Pinillos writes in the Times op-ed:

“According to NASA, at least 97 percent of actively publishing climate scientists think that ‘climate-warming trends over the past century are extremely likely caused by human activities.’ Americans overwhelmingly agree that the federal government needs to take significant action.”

According to a recent poll by Stanford University, ABC News, and Resources for the Future, 61 percent of those surveyed favored much greater action by the federal government to mitigate global warming.

To reasonable people, that should seem powerful evidence not only of climate change but of the strong desire of a large majority of Americans that our government tackle the problem robustly.

Unfortunately, this psychology of self-aware ignorance, especially among conservatives — to whom the federal government is now in thrall — places the focus not on the enormous material evidence for human-caused climate change and Americans’ acceptance of and anxiety about it, but on the tiny percentage of scientists who remain skeptical.

In other words, climate-change deniers and a miniscule subset of doubting scientists are driving climate-change policy for the U.S. This is a big, even paradoxical, problem, because even the president’s own government in a recent report claimed that climate-change is wreaking havoc and that its effects will sharply worsen over time. The Times reported that The National Climate Assessment report, the fourth comprehensive assessment since 2000 of the effects of global warming, contains ominous portents:

“Directly contradicting much of the Trump administration’s position on climate change, 13 federal agencies unveiled an exhaustive scientific report on Friday that says humans are the dominant cause of the global temperature rise that has created the warmest period in the history of civilization.”

“Over the past 115 years global average temperatures have increased 1.8 degrees Fahrenheit, leading to record-breaking weather events and temperature extremes, the report says. The global, long-term warming trend is ‘unambiguous,’ it says, and there is ‘no convincing alternative explanation’ that anything other than humans — the cars we drive, the power plants we operate, the forests we destroy — are to blame.”

Yet, the day after the report was released, when President Trump was asked by reporter about the report’s predictions of dire economic consequences for America from global warming, he blithely responded:

“The report was issued on Black Friday, the day after Thanksgiving, when many Americans traditionally go shopping, a timing that Trump’s critics said was chosen to bury the report.”

Then, in a Washington Post interview later in the week, the president more extensively rejected the findings in the alarming new climate-change report:

“One of the problems that a lot of people like myself, we have very high levels of intelligence but we’re not necessarily such believers. You look at our air and our water, and it’s right njow at a record clean. … As to whether or not it’s man-made and whether or not the effects that you’re talking about are there, I don’t see it.”

He later said that he trusts in the veracity of what’s in his “gut” over what’s in “anybody else’s brain.” If he has a sense of doubt about the bath water, in other words, he would be inclined to throw the baby out with it.

Trump’s rejection of the new climate report comes at an inopportune time for him, as the U.N. next week convenes its annual climate-change conference in Bonn, Germany, and the U.S. delegation is expected to face international blowback over his decision to pull out of the 195-nation Paris climate accord. Top Trump admin officials have expressed doubt about the causes and impacts of global warming, anathema to a wide global consensus.

This is how knowing what you don’t know — in this case, focusing less on the scientifically supported extreme probability and more on fringe skepticism of an idea — can be dangerously applied.

I suspect the president couldn’t care less about either science or climate, but the report strongly asserts that rectifying the situation would mean controlling emissions, which would hamper industry and devalue the whole of Mr. Trump’s fossil-fuel powered economic pipe dreams. And his vaunted base, the epicenter of science and global warming deniers in America, and the mother lode of lottery-ticket-buying believers in improbable outcomes and notions, expects him to treat reality perversely or they may not vote again for him.

Neither truth nor knowledge is 100 percent infallible. Probability is not an exact science, so to speak. But with fealty to provable facts, faith in a preponderance of evidence and hypotheses from scientific experts, and being fully aware that visceral fears and biases are not actually real, can get you very close to 100 percent. Ninety-seven percent in the case of climate change being a human product.

For people who believe in reason, facts and the laws of probability, this is as close as it gets. It’s enough. If we waited for 100 percent all the time, we’d probably still be hunter-gatherers.

This insistence on 100-percent-reliable evidence to dissuade us from what we already believe we know drives a lot of inherently dangerous beliefs in the world. In America, that includes, for instance, people who decry provably life-saving and epidemic-avoiding vaccines, and folks who believe that wholly unsubstantiated invisible beings direct their lives.

But the probability that either of those views is rational or true is vanishingly microscopic if not altogether impossible. Still, as do climate-change deniers and against very long odds, they believe.

How improbable is that? 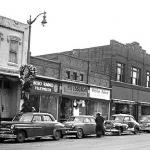 November 27, 2018
Small-Town America Is Fading Away. You Can 'Thank' Big Business.
Next Post 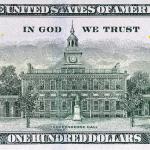 November 28, 2018 ‘In God We Trust’ On U.S. Money Is Purely Political
Recent Comments
0 | Leave a Comment
Browse Our Archives
get the latest from
Godzooks: The Faith in Facts Blog
Sign up for our newsletter
POPULAR AT PATHEOS Nonreligious
1

Nonreligious
Why do honor-killers’ families applaud their murder of...
Godzooks: The Faith in Facts Blog
TRENDING AT PATHEOS Nonreligious