Your Vote Tomorrow Can Right A Lot Of Wrongs

Your Vote Tomorrow Can Right A Lot Of Wrongs November 5, 2018 Rick Snedeker

When your head sinks into the pillow tonight, here’s a couple of thoughts to drift off to sleep with:

Here’s a couple of excellent articles spotlighting these issues and worth reading as a primer before going to the polls on Tuesday.

“Trump’s America: Aggrieved and Adoring Voices From Inside the Presidential Bubble”

The subhead to this story further indicates why it’s worrisome — “At rallies, the president’s most fervent supporters look past his falsehoods, racially charged statements and attacks on critics. For his party to win Tuesday, he needs them to turn out in droves.”

And that’s exactly what the president is doing by yelling unconscionably frightening nonsense at his rallies about a nonexistent “invasion” of dangerous immigrants (a caravan of Honduran exiles from violence are weeks if not months away from our southern border and may likely never arrive); a silly charge that Democrats want “open borders,” which, in fact, nobody wants them; his continuing falsehood that Democrats want to devastate citizens’ health care and that Republicans suddenly want to protect insurance customers with pre-existing medical conditions (which the GOP has intractably resisted for years until discovering how popular it is with Americans); and insinuating that black Americans are “thieves” or “low IQ.”

This New York Times article by Michael D. Shears explains how the president’s cult of personality has eroded the political landscape:

But much if not most of what the president says is false, a truth endlessly reaffirmed by fact-checkers across the media spectrum, Shears writes:

“To his critics, Mr. Trump is a liar and a fraud who is cheapening the office he holds and threatening the fabric of the nation’s democracy.”

But inside the Trump bubble, his supporters are unmoved by truth or consequences, seeing their adored leader as a kind of secular savior, although evangelicals view him as actually sent by God to rescue the nation from perdition.

Before you go to sleep tonight and before you enter the voting booth tomorrow, try to remember this truth: the president is only trying to save his political self by lying to supporters he believes are intellectually incapable of separating fact from fiction, and of perceiving the risks entailed with getting that distinction wrong.

Virtually everything Trump supporters claim to believe in this article are factually — demonstrably, irrefutably — wrong.

“Ballot Initiatives Are Powerful. The Powerful Have Noticed.”

Although this Times article is about California ballot initiatives, it speaks directly to my state — South Dakota — which has a number of such initiatives on the 2018 ballot we vote on tomorrow.

Of note are two initiatives relevant to the warnings posed in this article. One is a seemingly innocuous, even positive, initiative that seeks to raise state taxes on tobacco products to raise funds to make post-secondary technical school more affordable to students. The other is being sought by the Legislature to control how official corruption is identified and punished.

At a glance, the problem is obvious: the tobacco industry has a serious interest in this initiative, which is expected to raise $20 million a year for state technical education institutions, and is funding its passage.

Another measure seeks to limit the influence of not only out-of-state money in South Dakota’s public affairs, but also imported ideas. So, this insinuation of alien ideas and money into the state’s electoral processes is not a new issue.

But the critical point here is that whether outsiders are involved or not in a particular issue, such as a referendum, many voters are unaware one way or the other and will vote on what seem to be the apparent surface issues involved. They aren’t thinking: are we being manipulated by outsiders behind the curtain?

This measure and a couple of others on the ballot in South Dakota this year have our Legislature’s fingerprints all over them.

The take-away is that lawmakers are very leery of creating an independent commission to hold themselves more ethically and legally accountable, and they don’t like the citizens having too much power to create referendums and the like to address grievances and change the system more to their liking.

So, not only do South Dakota voters have to watch out for out-of-state manipulation of our voting processes, we also have to be very afraid of in-state elected officials doing the same thing for nefarious, self-serving purposes.

Let’s remind ourselves that state voters in a grassroots process placed the landmark Anti-Corruption Act on the ballot several years ago, and it passed, only to have state lawmakers repeal it using emergency powers and “by condescendingly insisting that their constituents didn’t understand what they were voting for,” according to a February 2018 op-ed in the Huffpost by Josh Silver, director of Represent.Us

This in a state ranked 47th in the nation in government integrity, according to the Center for Public Integrity, Silver reported.

Worse, the Legislature included an “emergency clause” in the repeal bill, denying voters the right to overturn the repeal by referendum. Silver wrote:

“The only ‘emergency’ here, as it turns out, [was] the legislature’s desire to both kill the law and prevent voters from doing anything so sensible ever again.”

Still, voters have succeeded in getting Constitutional Amendment W — proponents call it the new “Anti-Corruption Amendment” — on the ballot for the mid-terms to try and right this wrong permanently.

Let’s make 2 the charm and vote “yes” to adopt this initiative, reclaiming the power of the people from their elected officials.

And while you’re at it, vote Democratic every chance you get. 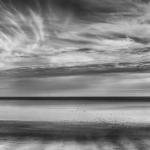 November 4, 2018
Food For Thought: Death and Awe
Next Post 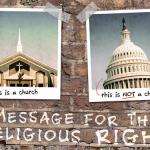 November 6, 2018 As We Vote Today, The Political Clout of 'Nones' Is Surging
Recent Comments
0 | Leave a Comment
Browse Our Archives
get the latest from
Godzooks: The Faith in Facts Blog
Sign up for our newsletter
POPULAR AT PATHEOS Nonreligious
1