As We Vote Today, The Political Clout of ‘Nones’ Is Surging

As you’re voting today — you are voting, aren’t you? — you might consider for a moment what kind of voter you are and how you can more visibly proclaim it. A sea change is coming.

Indeed, where Americans fall along the rational/spiritual divide is becoming almost as important as where we cleave on politics. I’ve posted about this trend before, here and here.

This evolution is evident in the demographics of faith vs. nonfaith. Presently, just shy of a quarter (22.8 percent) of Americans self-identify as religiously “unaffiliated,” describing themselves as atheist, agnostic or “nothing in particular.”

But what is particularly bracing about that figure is that it has soared from only 16.1 percent in 2007 — and, because young Americans are by far more secular than older citizens, this trendline promises to quickly get much steeper. Meanwhile, although 70 percent of the U.S. populace still identifies as Christian today, that proportion has eroded in the past seven years from 78.4 percent in 2007. And the percentage of Americans affiliated with non-Christian creeds is growing.

This urgent drift toward at least a large plurality of adherents to non-religious ideology will have profound political implications for the U.S. As secular voters mark their ballots today, they should remember this.

Consider that evangelicals, whose broad and enthusiastic support powerfully helped elect Donald Trump to the presidency (and they rigidly bolster him still), represent only slightly more than a quarter of the electorate (25.4 percent in 2014, according to the most recent Pew Research Center survey on religion and public life in the U.S.). Almost the same proportion as secular Americans.

This means that as demographic numbers continue to climb for “nones,” as religiously non-affiliated Americans are sometimes labeled, they’re inversely falling for evangelicals and other Christians. This predicts that, if current trend lines continue — and Western Europe’s experience promises they likely will — the political power of “nones” will steadily grow greater while that for the faithful relentlessly disintegrates in the public sphere.

It’s important for secular voters to appreciate the political power they already have — if mostly potential and largely unused at the moment — because it can be an effective counterpoint to constant and relentless efforts of evangelicals, particularly, to insinuate Christianity ever more deeply and widely into government and schools and other inroads to our public space.

The ‘nones’ are coming

Yet, in general, most Americans are largely unaware of the fact that religious nonbelief is becoming, day by day, more of an important reality in U.S. life. But secular citizens largely keep to themselves, as “nones” tend to do, partly because they loathe the idea aggressively pushing their beliefs on others (as evangelicals often deign to do), and also because the still-mostly-Christian citizenry remains uncomfortable with and wary of nonbelief.

So, with these thoughts in my head, after I cast my votes for various candidates and referendum measures today at my local polling place, I left a brief Tweet (#secular values) on my personal Twitter site proclaiming my status as a “none” voter per the suggestion of the Secular Coalition for America (SCA)

In an election-day email, the SCA urged “nones” to “bring our secular values to the ballot box and make our voices heard.”

It encouraged nonreligious voters to “Go Vote!” in exercising their political franchise as Americans and to “show that secular voters don’t sit on the sidelines.” The SCA also urged secular voters to remind others to vote today and, as needed, help them do that.

While this midterm election may be all about Donald Trump and not about him at all, depending on which day he has proclaimed each, it is, if mostly subliminally, also about the growing potential political power of Americans who see no need to believe in phantoms — or demagogues — or worship them.

And we “nones” shouldn’t be shy about owning it, because the handwriting is already on the wall. Our moment is coming. 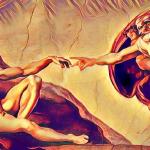 November 5, 2018
Your Vote Tomorrow Can Right A Lot Of Wrongs
Next Post 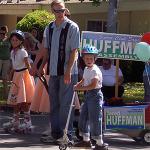 November 7, 2018 Nonreligious Politicians Seem As Rare As Hens’ Teeth. Are they?
Recent Comments
0 | Leave a Comment
Browse Our Archives
Follow Us!