Retail Witchcraft Illegal In Canada. What About Retail Religion in U.S.?

It’s enormously interesting — and of potential relevance to the United States, I should think — that in the past several weeks two Canadian women have been formally charged with “pretending to practice witchcraft.”

The crime is codified under section 365 of Canada’s criminal code, carrying a maximum punishment of six months in prison or a $2,000 fine, or both. A news article in the Washington Post explained the statute:

“Considered by many to be an archaic section of the law, the offense occurs when someone ‘fraudulently’ pretends to tell fortunes or ‘to use any kind of witchcraft, sorcery, enchantment or conjuration.’ It also makes illegal using ‘knowledge of an occult or crafty science’ to locate lost objects.”

Sounds pretty modern to me, though.

Fairly reading between the lines, the law can be viewed as implying that witchcraft is an invented, supernatural idea with no existence in reality, and that it’s fraud to solicit money from gullible people by claiming such bogus superstitious practices can benefit them. Indeed, how could selling anything that doesn’t exist not be fraud.

The two Ontario women recently charged under the witchcraft statute are Dorie “Madeena” Stevensonm, 32, a self-described fortune teller and owner of Milton Psychic, and Samantha Stevenson (the same last name is apparently coincidental), 27.

Police allege Madeena Stevenson defrauded a client out of $60,000 by offering “accurate, in-depth, amazing” psychic readings for $75 each. Samantha Stevenson allegedly swindled a 67-year-old man out of $600,000 in an “evil blessings scam” in which she convinced him to sell his house and put the proceeds into her bank account for safekeeping until she had removed some evil spirits from his life.

Apologists may argue that adults are responsible for their own choices, but fraud is a crime everywhere because, in the real world, people can be easily tricked by clever, amoral fraudsters and quickly separated from their money. This is how laws protect the defenseless.

Which brings me to American Christianity.

Remember televangelists Jim and Tammi Faye Bakker and a slew of other money-grubbing Christian mega-pastors who engorged on hundreds of millions of dollars from their devoted flocks over long years of double-dealing? Ironically, the Bakker’s downfall was a fraud of the temporal, not divine, variety: They fraudulently oversold their Heritage U.S.A. theme park, and Bakker was found guilty of trying to silence mistress Jessica Hahn with church funds.

But because soliciting funds with religious entreaties is not yet illegal in America, nothing was ever said about the fact that they sold their ministry — as do all televangelists — by, without substantiation, claiming divine sanction and special skill at saving souls.

My question is, how is televangelism — any non-humanitarian religious fund-raising scheme, in fact — essentially different from self-described “witches” charging fees for their supposed supernatural talents? Both claim unverifiable otherworldly connections and prey on the apparent human need to believe.

Canada’s section 365 has been effective since 1892, originating from a 1735 British law repealing witchcraft as a felony after centuries of murderous witch hunts. The revised 1735 law specified only “a minor punishment” for “cheats and rogues” who pretend to practice the dark arts, according to a Marquette Law Review article. In the 1950s, Canada added the word “fraudulently” to the statute’s “pretending to practice witchcraft” language.

So, practicing witchcraft today is not a crime in Canada, but pretending to practice it in order to separate people from their money is.

Part of the reason for this apparent reasonableness, is religion — ecclesiastic authorities want to keep a wide distance from witchcraft and anything Christian believers might do. In fact, in a news release announcing one of the arrests, police were careful to note that the “charge is not connected in any way to any religion.”

But, really, in what way is witchcraft essentially different from any supernatural religion?

Unfortunately, section 365 may soon be scrubbed from the legal code along with other statutes deemed antiquated. The Post reported:

“Last year, Prime Minister Justin Trudeau’s government introduced Bill C-51, legislation that would, among other things, remove “zombie laws” — those that are considered redundant or obsolete or that haven’t been removed from the books even though they’ve been deemed unconstitutional by courts. The bill, which is nearing its final vote in the Senate, would ax section 365, as well as laws prohibiting challenging someone to a duel, issuing trading stamps, advertising a reward for the return of stolen property ‘no questions asked’ and impersonating someone during a university exam.”

Perhaps surprisingly, it’s a conservative who is among the most vociferous opponents of the statutory revision.

A ‘proliferation of evil blessings’

Conservative lawmaker Peter Van Loan in parliamentary debate challenged whether jettisoning section 365 would be beneficial considering “the proliferation of evil blessings scams and similar efforts to defraud the public,” the Post reported. Reasonably, Van Loan argued, according to a transcript from the House of Commons:

“These things really happen in our society, even in this day and age. Does that provision, as it exists right now, cause any harm? No. Does it give the police an avenue or resource in the case of those particular unusual offenses? Yes, it does.”

Others have muddied the waters of practical discourse by framing this issue as one of protecting women from global patriarchal oppression that any talk of “witches” evokes.

University of Ottowa law professor Natasha Bakht, and Jordan Palmer, a U of O doctoral student, in a paper described section 365 as “facially neutral but deeply patriarchal” in calling for its repeal. The Post reported:

“While the law should protect people from ‘frauds perpetrated under threat of misfortune,’ Bakht and Palmer argue that ‘the provision that differentiates this type of fraud from others is mired in historic oppression of women and religious minorities and is not necessary to prosecute fraud.’”

How criminalizing the use of supernatural claims to defraud victims oppresses women escapes me.

In the meantime, televangelists — including Bakker, who is now back on TV with a white beard but the same fraudulent schtick — continue to rake in an embarrassment of riches from easily duped Americans.

It’s hard to see how that’s much different than selling witchcraft. 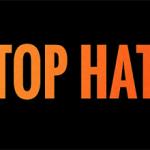 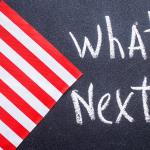