Canada Tosses Its Silly Anti-Blasphemy Law. Not The U.S.

Canada’s long-dormant 1892 anti-blasphemy law hadn’t resulted in any prosecutions since 1939 (the last conviction was in 1927) when, in 1979, the merrily blasphemous Monty Python cinematic farce “The Life of Brian” first screened in Canada.

No one was prosecuted under that hoary statute then either, even after the famously polite nation’s Religious Right, appalled by the Christianity-joshing “Brian,” publicly invoked the nearly forgotten law. An Anglican clergyman tried to censor a screening of the film.

At least some Canadians must have wondered at the time, “What’s the point of an anti-blasphemy law we never use?”

And in 2018, the voices of reason have done something practical to address that disconnect.

Canada’s House of Common on Dec. 11 easily passed bill C-51, a proposed new statute repealing, among other codes, the extant anti-blasphemy law, according to a news release that day from the British Columbia Humanist Association (BCHA). The vote was 49-17 in favor (with 26 abstentions).

A jubilant Ian Bushfield, executive director of the BCHA, said after the Commons vote:

“The passage of this Bill is a clear recognition by Parliament that archaic restrictions on freedom of expression have no place in Canada. Further, it serves as a sign that Canada condemns those theocracies around the world that are willing to punish someone for disagreeing with religious orthodoxy.”

The bill was first considered by the Canadian Senate in December 2017, passing in a third reading, with amendments, on Oct. 30, 2018. The House of Commons ultimately passed a version of the bill that deleted the Senate amendments, after the Senate did not insist that the amendments be retrained.

C-51 wasn’t just about decriminalizing blasphemy, which carried the legalese title of “An Act to amend the Criminal Code and the Department of Justice Act and to make consequential amendments to another Act.” The blasphemy statute was in section 296 of the Criminal Code.

The bill’s broader intent was to “change or remove parts of the Criminal Code that have been or risk being ruled unconstitutional, or that are outdated. For example, it would repeal bans on dueling and the fraudulent practice of witchcraft” — and the ban on blasphemy.

I posted about the earlier repeal of the Canadian witchcraft statute here.

Yet, the repeal wasn’t a complete victory for freethought and freedom of expression. Whereas the final bill did jettison the anti-blasphemy law, it did not include another law, in section 176, that prohibits disruption of religious services. The BCHA reported that “a large and coordinated effort by religious groups” successfully lobbied the House of Commons to not repeal that law, although humanist opponents sought its repeal along with the anti-blasphemy code.

What is ‘blasphemy,’ anyway?

Although the anti-blasphemy law was not draconian — blasphemous arguments or expression offered in “good faith” and in “decent language” were protected — a subjectively determined risk of up to two years in jail still remained for potential blasphemers.

As popular blogger Hemant Mehta (The Friendly Atheist) notes, the problem with blasphemy is with its subjective-ness, not necessarily its statutory presence. In a Dec. 13 post about the Canadian bill, Mehta wrote:

“What constitutes blasphemy? Who knows. Whatever offends you, really, and that’s the problem. One person’s satire is another person’s sacred cow. It’s all in the eye of the beholder.”

That leads to the question of who decides what is legally actionable, who to charge and prosecute?

The good news is that Western nations — Ireland, most recently — long steeped in Christianity, are beginning to see the inherent  irrationality of prohibiting the expression of negative, even maligning, views, against religion, or anything else. I recently posted about Ireland’s repeal of its anti-blasphemy law here.

So, as Canadians are wont to do, always try to speak respectfully of anything and everything, but if the spirit moves you to rigorously express your antipathy to something, you shouldn’t go to jail for it.

Not so much, the United States. Whereas no federal statute still exists against blasphemy in America, a number of states still criminalize it, including Massachusetts, Michigan, Oklahoma, South Carolina, Wyoming, and Pennsylvania. But the last person jailed for blasphemy in the U.S. was in 1838, but there have been a number of convictions with fines over the years into the 20th century.

Sadly, America is a little behind the curve on this among advanced nations. 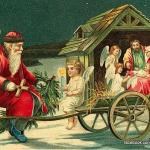 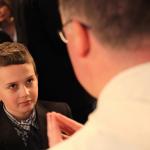