The Existence of ‘God’ Not A Freebie When Defending Faith

My antipathy focuses on how religious propositions are inevitably dishonest when they assert that the laws of nature are irrelevant to supernatural beliefs. In fact, nature — as far as anything is actually knowable — is the sole essential thing in all of existence.

Theologians argue, for instance, that so-called “miracles” are born in the supernatural, divine realm, despite their always being experienced by human beings on earth in some natural physical manifestation or other — e.g., people rise from the dead, angels are seen.

The problem, as always, is there is never any indisputable hard evidence available anywhere to verify that an honest-to-God miracle has actually occurred. Only necessarily unreliable anecdotal accounts that filter down to us in the present, often from thousands of years in the past, from God knows who regarding who knows what. It’s not nearly enough to prove anything.

Still, people — virtually all human beings in the 21st century, sad to say — continue to believe in such things. Truly, madly, deeply even.

In his interview with Craig, a professor at Talbot School of Theology and Houston Baptist University, Kristof persistently questioned him to explain why miracles should be believed. The title of the interview is, “Was Jesus Really Born to a Virgin?” Fair question.

Kristof initially asked Craig, “Are you actually confident that Jesus was born to a virgin?” Craig replied:

“I’m reasonably confident. When I was a non-Christian, I used to struggle with this, too. But then it occurred to me that for a God who could create the entire universe, making a woman pregnant wasn’t that big a deal! Given the existence of a Creator and Designer of the universe (for which we have good evidence), an occasional miracle is child’s play. Historically speaking, the story of Jesus’ virginal conception is independently attested by Matthew and Luke and is utterly unlike anything in pagan mythology or Judaism. So what’s the problem?”

The problem is nature all by itself, not God, most probably caused all this.

Craig’s response is embedded with a number of dubious statements of “fact.” First, it assumes without evidence that God created the universe, second that commanding a virgin birth would be “child’s play” for such a being, and third that, in any event, this virgin scenario is absent in pagan mythology and Judaism preceding Christianity. That all of these things could far more plausibly have occurred naturally or not at all is nowhere to be seen in these arguments.

For the reasons listed below, these arguments are easy to debunk:

So, basically what we have here is a circular argument, which is to say an invalid argument whose essential premises, which arbitrarily assert their own validity at face value, are not rationally nailed down. Prof. Craig’s assertions would only be valid if their elements were verifiably true in the real world, not in the invisible, unlocatable realm of the supposed divine. But they aren’t. If Craig could have concretely confirmed that “God” exists, created the universe and can make human women spontaneously pregnant without coitus, then he might have had a decent argument. Otherwise it’s just limp assertions, like saying, “Pigs can fly, so they must be fowl.”

When any element is illogical in a syllogism (a form in reasoning where a conclusion is drawn from propositions), then the conclusion is invalid. All the elements in Craig’s argument are unverified.

In Craig’s syllogism, he proposes that because an omnipotent God exists, “He” can make virgin human births occur. But unless Craig can irrefutably validate that such a being exists, he can’t logically or fairly make the second proposition, and the whole argument collapses.

The inherent problem with this kind of argument for faith is that the faithful simply choose to believe what is manifestly unbelievable and unverifiable within the laws of nature. So everything that is posited from that arbitrary belief is also believed true. That’s not logic; it’s wishful thinking. And human beings are woefully afflicted with it.

Even Scottish Enlightenment philosopher Dave Hume (1711-1776, a true aficionado of evidence and debunker of miracles, knew this. Read about Hume’s philosophy of miracles here and here. Hume once explained:

“People are very prone to accept the unusual and incredible, which excite agreeable passions of surprise and wonder.”

And we seem far more prone to this than apparently far-less-agreeable but surely far-more-confirmable reason. 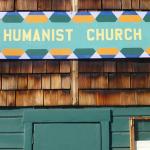 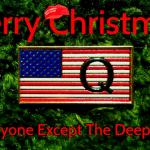 December 27, 2018 Fact Checker: GOP Comfort With Lying Keeps Trumpism Alive
Recent Comments
0 | Leave a Comment
"The peak is just in time for Easter, the silliest and most delusional of all ..."
Jim X Pray if you want, but know ..."
"Covid-19 is non-sentient and does not care what your religion, politics or social status are."
Michael Neville Pray if you want, but know ..."
"> ... the combined skeletal remains of 269 young boys and girls between the ages ..."
Jim Jones 15th-century Peruvian child massacre a horrible ..."
"Wait - if covid 19 continues its way modern Christians will start demanding similar sacrifices."
Bob Jase 15th-century Peruvian child massacre a horrible ..."
Browse Our Archives
Follow Us!