Bishops ‘Spilling’ Lists of Accused Priests Ahead of Probes

The good news is that American bishops are beginning, independent of papal direction, to publicly release lists of priests “credibly accused” of sexual abuse crimes, particularly against children.

The bad news is it’s not as simple as it sounds.

A Dec. 14 article in The New York Times — “Lists of Priests Accused of Sexual Abuse Are Spilling Out Across the Country” — reported on this new trend, stating:

“As the Catholic Church faces a wave of federal and state attorney general investigations into its handling of sex abuse, bishops around the country have struggled with how to react. Some have locked down defensively. Others are waiting on guidance from the Vatican, which instructed American bishops last month to wait on taking any collective action until the new year.”

Already, dozens of bishops have released lists of accused priests in their dioceses, and the Times story reports they’re “being released at an unprecedented pace.” Terry McKiernan, co-director of BishopAccountability.org, which tracks sex abuse cases, counted “at least 35” dioceses releasing such lists. That’s nearly double the number released in one year since 2002, when the first one was independently publicized by the Diocese of Tucson, Arizona.

“We’ve never seen this kind of outpouring before … it’s a dramatic change in how bishops are approaching this,” McKiernan said.

The lists are coming out on the heels of a stunning grand jury report released in August by Pennsylvania’s attorney general, which laid out in wrenching detail sex assaults against more than 1,000 victims by more than 300 priests. Similar investigations sprouted in more than a dozen other states. A nationwide federal probe also appears likely, as the U.S. attorney for the Eastern District of Pennyslvania in November notified every diocese in the country not to destroy documents regarding their handling of child sexual abuse cases.

According to the Times report, recent releases this year have include a list of 10 names in Gaylord, Michigan; 28 in Obdensburg, New York; 15 in Atlanta, Georgia; and 34 in San Bernardino, California. All 15 Texas dioceses are slated to release lists, and last week two Jesuit provinces representing about half of U.S. states released 150 names of members of the religious order charged “with credible allegations of sexual abuse of a minor.”

This is all welcome news for victims. Yet, as always, the devil is in the details, one of which is accused priests’ strong argument that they are not receiving due process to submit evidence and fairly argue in their own defense. The names of such protesting priests were redacted in the recent Pennsylvania filing

Another key reason that bishops have been so wary in the past to release such lists is the tedious, inexact difficulty in deciding which allegations of abuse are really “credible,” and good-faith worry about ruining priests’ reputations and lives mistakenly. Also, to be frank, far too many bishops and other church leaders have simply covered up accusations and quietly moved abusive priests from parish to parish to avoid official notice.

For example, in a small Arizona town where I worked as a news reporter in the 1970s, a local Boy Scout leader and a local priest were accused of pedophilia (the 1975 arrests in the case were reported in a Scottsdale Daily Progress article, here). The priest allegedly abused a boy who had been sent to him for counseling by his parents after the youth revealed he had been abused by the scoutmaster. The scoutmaster was ultimately convicted of victimizing seven boys. I could not find conviction and sentencing reports in a Google search, but I recall from the time that the scoutmaster received a lengthy prison sentence and the priest was reportedly reassigned to a seniors parish in Florida.

But the new diocese lists reveal alleged abusers who have long been under the public radar, most but not all of them already deceased by now. And the lists, however expansive, do not necessarily include everyone victims were assaulted by. A former bishop’s assistant in Buffalo, New York, recently claimed that the list put out by his diocese held only 42 accused priests’ names, when its internal list contained more than 100. So, while encouraging to many people, the lists are not being received with unanimous praise. However, diocese officials say names can still be added to the lists.

Still, many appalled by the relentlessly unfolding church scandal believe the only way true justice will be served is if investigations are fully implemented by secular law enforcement agencies with the power to subpoena church records and officials, not church self-policing, which has been a human and public relations disaster for the faith.

“The civil court system, that’s the new way the Holy Spirit moves,” Patrick Wall, an ex-priest and canon lawyer who now works in support of abuse victims, told the Times.

Bishop Christopher Coyne of Burlington, Vermont, diocese said the reason the abuser-naming lists are proliferating now in the public sphere is that bishops clearly see the handwriting on the wall as the gaze of secular authorities locks on them.

“The list is going to get published anyway,” he said.

(Note: A version of this article appeared Dec. 17 as a guest post on Friendly Atheist.)

“Author Snedeker’s wit and insights illuminate the book’s easy narrative. His journalistic style faithfully recreates the people, places and events, and keeps the story crisp and moving from one chapter to the next. More than a coming of age story, 3,001 Arabian Days is a moving tribute to the intricacies of family, a celebration of Saudi Arabian culture, and a glimpse into a time gone by, but whose shadowy specter you can still almost reach out and touch.”— Mark Kennedy 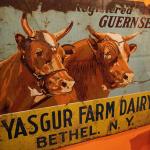 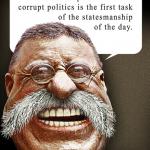