Like Elvis, Religion Deceives and Seduces Us With Our Own Emotions

A blog post I read yesterday — “Religious Wonder is Indoctrination” — reminded me yet again of what makes religion truly dangerous: It seduces people into misinterpreting natural human emotion as proof of the divine.

Then, from the moment of accepting that delusion, it is but a baby step to believing anything anyone says who is able to ignite those sublime emotions within you.

Think Adolf Hitler, who inspired a murderous, messianic zeal among his Nazi followers. The Rev. Jim Jones, who used intimations of End Times to lure most of 900+ followers to commit suicide in Jesus’ name at his People’s Temple compound in Guyana (those who refused were murdered); victims included 287 children. Think David Koresh of the Branch Davidian tragedy in Waco, Texas, whose urgent preaching of apocalyptic scripture led directly to the deaths of 79 followers in a fire at his compound, including 17 children. Even think Christian televangelists Jim and Tammy Faye who defrauded thousands of their followers with a time-share scam, often stealing people’s life savings in the process.

These are just a tiny few of the religious crimes committed against people who were emotionally convinced they were heeding the call of superhuman prophets divinely anointed by God.

In his Thinking Rationally blog post, Mark Gura recounted being at a Christian rock concert once where “my cynical-atheist self was feeling ‘God’ (or what religion says God is.” He described the experience as akin to a religious epiphany:

Tears were running down my cheeks, total euphoria. This was a psychological phenomenon, re-interpreted by religion to seem supernatural. In reality, I was feeling endorphins, brain chemicals were being ejected into my synapses. The music was so subconsciously hypnotic that it felt magical.

Gura, who shared a byline in the post with CW Brown and Rosi Guastella, points out:

This is why churches use music and visuals and theatrics. This is why Jim Jones and David Koresh used music. Music excites people, hypnotizes people, puts them into a state of trance. … Then the money flows into church coffers, and people are convinced that God is working in their lives. Christian rock, Christian shows, Christian theaters are mass indoctrination machines. They loosen you up, provide good feelings that you think you need to be happy, so you can get through the doldrums of each week. … Add sensory overload, community mass-hysteria, comradeship, majestic visuals–voilà. The non-skeptic brain interprets all this as a meeting with God.

This is exactly right. Remember when you first fell in lust (rationally, “falling in love” is a misnomer), likely with someone of whom your parents disapproved? Did their rejection of your beloved have any effect whatsoever on your choice? Hardly. The emotions of sexual attraction drowned out everything else in the universe and enhanced the seeming perfection of your new paramour. (I posted about this previously, here.)

It’s not so different from a sense of connecting with God. Both are inherently mistaken, though, because neither is substantively based on reason.

Gura asks us to consider how much more compelling such “spiritual” emotions would likely have been in the past before people had knowledge of human psychology and its often delusive effects, and could talk themselves down, so to speak. But in the present world, say at the Christian rock concert Gura remembered attending, he could at least realize there was a way to view such delirium objectively.

“My conscious mind knew it was all mass-produced, a commercial illusion, but the primitive part of my brain was fooled. I now understand why people fall into cults. In reality, this was mass hypnosis. As I stood there, I looked around, the people around me were in the same state. We were hypnotizing one another.”

This is one of the many ways Christianity and other supernatural religions perpetuate — by confusing feelings of godly bliss with down-to-earth reality in gullible, needful people’s minds. This self-delusion seems to operate much like substance addictions, where people can’t seem to give up the immortal feelings that religion provides and compulsively seek another “hit.”

My own informal hypothesis is that somewhere during human evolution the capacity for these kinds of seemingly transcendent feelings and fantastic imaginings became embedded in our DNA, likely for practical survival reasons of which we are now consciously unaware and that in no way prove God. Unfortunately for rationality, human beings today still instinctively, automatically tend to seamlessly join the imaginings with the feelings.

Gura proposes, and I concur, that emotional bliss of every kind “does not come from gods, fairies, or unicorns … [but] by simply being, by learning to be happy with reality as it is. … No God required.”

It would be nice if our public schools’ rigorously taught the kind of critical thinking that encourages children to instinctively question all supernatural concepts, and the deceptive emotions they engender.

In my view, emotional faith is the original sin of reason. 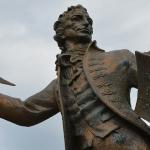 December 29, 2018
Founding Doubters: Thomas Paine and the ‘Age of Reason’
Next Post 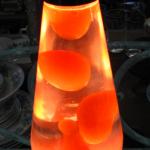