This Satirical Response Is Way Better Than What I Posted Yesterday

Yet again, a reader explains things better than I could.

A Reddit.com commenter with the ironic online handle “Vacuous” was inspired by my post yesterday to explain why any religious restrictions on normal life activities rationally get out of hand quickly.

Commenting on my post, Vacuous offered this satirical but sharply serious take on how the Trump administration is not rationally thinking through these restrictive policies’ implications. Here’s what he wrote:

“This is nothing to do with contraception.

“If I happen to get health insurance from a company owned by a Yahzidi, am I not allowed to eat lettuce?

“If I work for a company owned by a Jain am I not allowed to kill mosquitos at work? How about at home or in my back yard?

“If I live in a town where the mayor is a Muslim am I only allowed to keep a dog if it is in field designated as large enough by an Imam and never in my house or under a roof?

“If I live in the same town as some Zoroastrians and I kill an otter in the river, will I be put to death?

“If I go to my Yahzidi neighbor’s wedding and I shave my mustache off the day before, will I be put to death?

“If I get run over by a Number 9 bus and am taken to hospital, do my doctors have to check that no Jehovah’s Witnesses own shares in the holding company of the hospital before I can have a blood transfusion?

“If I want to eat a cheeseburger, so I have to make sure I do it where no Jewish people are in positions of authority regarding food safety?

“If the governor of my state is a Mormon, am I not allowed to take any caffeinated beverage into the DMV?

“If the CEO of the closely held company that I work for is a Shaker, am I disallowed from having children and hence forced to use contraception?

“This entire debate is bullshit. There is nothing special about contraception, it is a normal human activity akin to the examples above.”

For the record, this kind of thinking is the opposite of vacuous, but if Vacuous likes the name, who am I to judge? 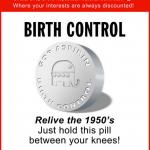 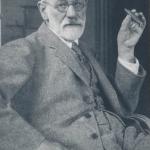