#WeToo? Why Do Many Humanists Poo-Poo Sex Abuse Allegations?

I used to think that humanists, almost by default, would be feminists and viscerally opposed to any kind of sexual abuse.

My tossing of that notion began when I posted several pieces (here, here and here) condemning and deconstructing reaction to the previously reported sexually abusive behavior of comedian Louis C.K. These articles were roundly condemned by purported humanists, principally on the Reddit social/news website but also from other quarters. I was frankly flabbergasted.

The gist of most of the blowback commentary from affirmed humanists in Reddit’s main atheism subgroup was that knee-jerk destruction of accused sex abusers’ careers was unjust because simple allegations do not amount to “due process.” In other words, if a man is accused of sexual abuse (groping, aggressive flirtation, lewdness, etc.), even rape, when the supposed victim does not file formal charges and the perpetrator is not convicted in court, he should get a complete pass.

But this ignores the reality that American patriarchal culture strongly discourages the assertive behavior of women in general, whether they’re victims of anything or not, and the vast majority of women who are sexually abused and raped thus never report the crimes to authorities.

This disturbing disconnect between justice and reality is compellingly summarized in an article by Amanda Marcott in the May/June edition of The Humanist magazine — “#We Too?” The article takes the nation’s atheist/secular community to task for its own complicity in America’s “#MeToo” atrocities. A more academic treatment of the topic is found in a related companion piece by Sheri Heller in the same edition — “Hard to Believe: Conditions that Discredit Victims of Sexual Assault and Sanction Esteemed Offenders.”

The unseemly case of Lawrence Krauss

Marcott recalls a slew of sex-abuse accusations against Lawrence Krauss, a prominent American-Canadian physicist and cosmologist who, as a famous atheist, has repeatedly toured the country with atheist gadfly Richard Dawkins. After sifting through the many allegations, a number of leading secular organizations condemned Krauss and barred him from their activities, including the American Humanist Association (AHA).

An AHA official informed me Dec. 4, after this article was posted, that the organization’s board of directors voted in late October to revoke Krauss’s Humanist of the Year award. Read the AHA press release on that decision here. Noting that the award is given to “exemplars of humanist values,” the press release refers to an investigation of Krauss by the university where he teaches, Arizona State University (ASU):

“The AHA board has concluded that the documents recently made public by ASU, at the end of their process, substantively and reliably establish that Krauss is undeserving of such recognition.”

Other groups pointedly distancing themselves from Krauss have been the Freedom From Religion Foundation and the Center for Inquiry.

But a tsunami of criticism slammed these hand-slaps by well-regarded nonreligious institutions against Krauss. Marcott wrote that while the rejection of Krauss seemed a “common-sense response to most feminists”:

“[It] drew a chorus of outrage from some corners of the skeptical community. The Facebook post announcing [AHA’s decision to uncouple with Krauss] was met with a series of angry replies from people who fixated primarily on the idea that the only legitimate venue to discuss accusations of sexual harassment is a court of law. …The phrase ‘due process’ was repeated over and over, conflating Krauss’s ‘right’ to have plum speaking gigs with the right of others to be free from imprisonment without trial.”

In her piece, Heller, a psychotherapist who specializes in treating the effects of complex trauma, points out that the American patriarchy has a gilded history of devaluing women.

“Sigmund Freud, the father of psychoanalysis, supported the myth of male supremacy by suggesting that women are naturally masochistic, prone to victimization, and morally underdeveloped.”

According to Freudian scholar Dr. Jeffrey Masson, Heller writes, many of Freud’s patients reported sexual abuse, most often naming their fathers as the culprit, strongly indicating incestuous behavior was common in Vienna at the time. But Masson contends that Freud “dodged the prospect of scandal and political suicide” by discrediting his own findings. Heller writes:

“Rather, he rationalized that these traumatic memories were in fact unconscious fantasies. Hence, Freud abandoned his female patients by supporting the male ethos and the prevailing Victorian mores of his time.”

Marcott suggests hypocrisy is at play in contemporary America here because skeptics otherwise feel free, without due process, “to judge the behavior of scientific frauds like Andrew Wakefield or religious charlatans like Peter Popoff based on evidence presented by journalists or activists.”

Although in this case the AHA does not have the authority to provide formal, legally recognized due process, the group did all that it could, according to Marcott: It “examined the evidence and took a vote.”

The lynchpin of the piece is it’s contention that the continuing patriarchal nature of American society still sees the protection of men against sexual-abuse accusations a far more pressing concern than claims of victims. Three words to consider in this respect: Christine Blasey Ford.

Marcott begins her piece with a charming feminist poem from 1915 by American suffragist and writer Alice Duer Miller:

Mother, what is a Feminist?

“A Feminist, my daughter,

Is any woman now who cares

To think about her own affairs

As men don’t think she oughter.”

Could have been written yesterday and still be relevant, which may be why far too many humanists are still acting in a dismissive way toward sexual abuse.

Unfortunately for the skeptical community, it had to make a fine point of disavowing Krauss, because many in the secular fold apparently did not see the need. In March 2018 when AHA voted to remove Krauss from its stable of speakers and presenters, and reconsider an award it had given him in 2015, Director Roy Speckhardt issued a formal statement:

“When a prominent humanist’s commitment to reason, compassion, and egalitarianism appears to be fundamentally compromised by his or her behavior, we must act on our disappointment to ensure that the world understands humanists at large don’t condone such misconduct.”

The disturbing part is that it should not have needed saying. 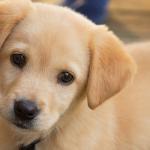 December 2, 2018
This Satirical Response Is Way Better Than What I Posted Yesterday
Next Post

Nonreligious
Most children know their ‘invisible friends’ are imaginary....
Godzooks: The Faith in Facts Blog
TRENDING AT PATHEOS Nonreligious