Founding Doubters: Thomas Paine and the ‘Age of Reason’

If you think America’s Founding Fathers and their major influencers — particularly political and religious gadfly Thomas Paine — were a bunch of dreamy Christian fundamentalists, think again.

Paine, along with Thomas Jefferson and Benjamin Franklin, to name another two, believed not in a supernatural God at all but a wholly natural one. They imagined a deistic god that created the universe, nudged it in motion and then disappeared into reality’s shadowy background, never to be directly heard from again.

Historians contend that many of our republic’s Founding Fathers and intellectual luminaries such as Paine were deists, committed proponents of the Enlightenment, which valued the evidence-based empiricism of science over the airy superstitions of mainstream Christianity.

So, to fairly introduce Paine’s contribution to American democracy and religious history requires a review of the past.

To read or not to read

I’ll start with the importance of literacy in shaping modern Western civilization.

Most people are unaware, for example, that for most of human history great literature (particularly the Bible) — any writing, actually — was accessible only to a tiny, empowered elite, who generally dominated every society.

This was because one of the essential skills that long made the elite elite, from ancient Egypt, Greece and Rome to medieval Europe, was literacy. If you couldn’t read (or write), as the vast majority of humans throughout history couldn’t, mankind’s greatest writings lay perpetually beyond your grasp and experience, or your ability to effectively disseminate to others.

The elite thus were the only ones who could write down and preserve the laws and religious canons and shared knowledge of their societies.

If knowledge is power, then, the elite for eons held the golden key to controlling the world. For the longest time, the rest of humanity didn’t much know what “knowledge” was.

Speaking to the (tiny) choir

Therefore and unhelpfully for the wellbeing and development of the “common man” (and woman), history’s great ancient thinkers and writers, from Plato to Jesus to Confucius and beyond, spoke to but a relatively microscopic audience among the great, swarming masses of humanity who lived in their times.

Their ideas were spread throughout the societies by other elites, who told everyone what the writings said and meant. Being illiterate and having never read scripture themselves, most people had no option but to accept what the leaders and clergy — often one and the same — said.

Worsening this yawning chasm of authority and power between the literate elite and the illiterate masses was the reality that for many centuries through the Middle Ages, the Catholic Church mandated that all scripture be written solely in Latin (the official, formal language of the elite before the Roman Empire collapsed in the fifth century A.D.).

This arbitrarily imposed Latinate Bible ensured that even if most people at the time had been able to read, which they hadn’t, the text would still have been unreadable because most folks generally only understood and spoke a local language, which was never Latin. Latin was “Greek” to them, so to speak.

Then, the advent of German Johannes Gutenburg’s moveable-type printing press in the 15th century changed everything by making the mechanical printing of books far, far easier than the laborious, time-consuming process of writing by hand that had been the norm for millennia. I have previously posted about the enormous historical impact of the printing press here and here.

One of the first revolutionary results of this new technology was the rapid, unprecedented dissemination of thousands of Bibles throughout Western Europe. The second was the decision by revolutionary Catholic theologian Martin Luther, also German, to — against papal edict — print bibles translated into local languages other than Latin. Suddenly (in historical terms), bibles became readily available to non-elite people in their own tongues. Third, this phenomenon created an enormous unexpected demand for literacy, as the faithful — inspired by Luther’s novel interpretations of biblical texts — wanted to read and interpret scripture for themselves.

Needless to say, a huge array of new interpretations then flourished, cleaving Catholicism in two — half remaining in the papal fold and half forming all manner of Protestant denominations, of which, deism, ultimately became one many years later.

One might say religious doubt had arrived (although it had already been percolating more subtly in Western cultures for ages). Without this Protestant Reformation and the fundamental questions it raised about truth and reality and the supernatural, Thomas Paine would likely have ended up spending his life making corsets at his father’s shop in England.

But he ended up meeting Benjamin Franklin instead, moving to the “colonies” and beginning a memorable career as an anti-superstition and anti-tyranny polemicist.

‘The Age of Reason’

Relevant to this blog, among the treatises Paine wrote was The Age of Reason (written in three parts in 1794, 1795 and 1807), a take-down of superstitious Christianity that must have been shocking and disturbing in its time of Puritan dominance in America.

This passage from The Age of Reason underscores his revolutionary ideology:

“The study of theology, as it stands in Christian churches, is the study of nothing; it is founded on nothing; it rests on no principles; it proceeds by no authorities; it has no data; it can demonstrate nothing; and it admits of no conclusion. Not anything can be studied as a science, without our being in possession of the principles upon which it is founded; and as this is the case with Christian theology, it is therefore the study of nothing.”

These are pure Enlightenment values widely held by the elite of Western societies in the time of America’s formation, while at the same time most common people in the West, including in the American colonies, still firmly embraced the superstitious, traditional beliefs of Christianity dispensed to them over the centuries by clergy.

Paine’s innovative ideas might never have gained traction except for two factors: non-elites in America and elsewhere were becoming more commonly literate, and Paine sacrificed potential profits from his book, which became a best-seller, by distributing the manuscript as a cheap, mass-produced pamphlet that virtually anyone could afford.

As we now know, as some 70 percent of Americans today still self-identify as Christians (although that number is eroding and faith is generally declining), Paine didn’t sweep the field with his heretical ideas. But he added some important rational notions to the mix at an important time in America’s birth and subsequent incubation as a world power.

One of his most important contributions was the idea that each individual is his or her own existential authority, not the institutions of faith.

“My own mind is my own church,” he wrote. 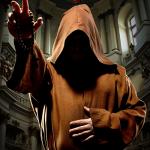 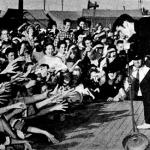