Two Archaeologists, A Russian and A Monk Walk Into a Blog …

A few days ago, I stumbled onto a quirky, niche Facebook site titled “Archaeology/History Jokes & Puns (Or GTFO!).” Who knew musty bone-hunters were so hilarious?

This charming cartoon below was what first caught my eye. It’s so nerdy it’s hip. 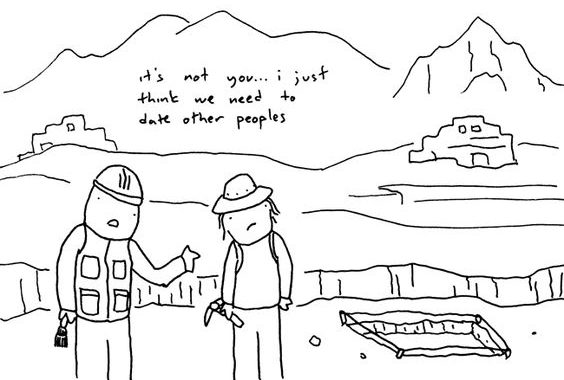 Get it? Archaeologists mainly study the past — including ancient peoples and civilizations — and to determine when their subjects lived in the past, they need to “date” them with scientific processes and tools, such as radiocarbon dating. To determine the age of organic materials found at dig sites, archaeologiests analyze the predictable decay speed of a particular radioactive carbon isotope (carbon-14) found in them. So, you see why the cartoon is funny now, right?

And speaking of dating, there was this bit (below) on that site that in my view is even sillier and funnier. It’s tag line is: “When you start dating someone new, and they have a Russian banner on their wall, that’s a big red flag.”

And finally, there’s this cartoon that’s all about religious nonsense but also about nothing of the sort.

It reminds me of the story my very-left-handed dad told me about when he was a kid and his teacher strapped his left arm behind him to force him to use his right hand when he was learning to write. Didn’t work. Dad died a left-hander and fallen Catholic — with still-lovely penmanship, now a lost art in the computer age that even archaeologists with radiocarbon dating won’t be able to reincarnate. 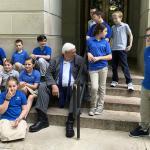 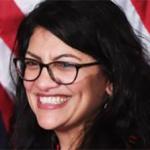 January 7, 2019 Don’t be fooled by potty-mouth moment. Congress still very Christian.
Recent Comments
0 | Leave a Comment
"One problem with all this is that because Barr’s base religio-political assumption, as doesn’t his ..."
Jim Jones Fortunately, lots of people think what ..."
"Homeopathy is just water. Homeopaths acknowledge this. They just think the water “remembers” what was ..."
Matt G What cures existential angst? Maybe beer, ..."
""The ninth of the 10 commandments — “You shall not give false testimony against your ..."
C_Alan_Nault Evangelicals try to sneak ‘Endowed by ..."
"Not everyone wants separation of church and state in school. Some want church embedded in ..."
John Malintone Evangelicals try to sneak ‘Endowed by ..."
Browse Our Archives
Follow Us!