If you’ve never before seen this website — Girldefined — and like to be truly terrified, I tentatively suggest a visit. But, for the sake of your sanity, you should probably make it brief.

It’s fronted by a couple of winsome, wholesome-looking Christian blondes from Texas who say their “ministry” is educating girls and young women “about God’s beautiful design for womanhood and love … through blogging, speaking, and mentoring.” But it also appears to be a cold-cash endeavor.

My first impression was wondering how these twenty-something evangelists had during their very short lives actually learned anything profound or useful enough to impart to innocent acolytes. But, of course, being a Christian “ministry,” it only required accepting the absolute authority of a single uncorroborated, ancient book (the Bible) and picking out seemingly relevant passages to make their points.

I’m imagining there’s a much more mature and manipulative evangelical “Oz” behind the curtain of this ministry, a handler pulling the levers somehow — someone with a Christian indoctrination agenda (and possibly some national evangelical funding), who knows exactly what he or she is doing.

What better way to spread the emotionally inviting message of Jesus to unwitting girls and young women than two gorgeous, confident-sounding, chaste-looking, well-spoken peers — Kristen Clark and Bethany Baird — who act like they have all the final answers as well as the authority of scripture? And they already have four books to their credit, Girl Defined, Love Defined, Brave Girl, and Project Modesty, plus two coloring books and a public speaking sideline. I mean, goodness, they’re already a brand!

You get a sense of what this “ministry” is fundamentally all about in the Girldefined video titled “Should Christian Girls Date Non-Christian Guys” (see video above). It offers these two scriptural passages not only as a template for answering the title’s question but virtually every question regarding romantic relationships, whose only goal, we are told, is a godly marriage:

“Do not be unequally yoked with unbelievers. For what partnership has righteousness with lawlessness? Or what fellowship has light with darkness?” (2 Corinthians 6:14).

In other words, the core message they are delivering to young women is that their bodies and minds are not their own, that they are indeed chattel, so they must slavishly follow God’s plan, which requires they definitely not be “yoked with” — which is to say, in intimate congress with — non-Christians.

Just because the message is delivered chastely and by two lovely young women in kindly tones, it’s still pure bigotry — and misogyny, which means denigration of women, if you didn’t already know. So girls and women under the sway of Girldefined are firmly advised to stay away from nonbelievers altogether.

At heart, the message assumes that Christian females must accept that when they get married, the man is in charge, and if he’s a heathen or a backslider, the union is doomed. Kristen and Bethany counsel:

“And if you did end up marrying a non-Christian guy, your challenges would only get harder. Raising kids in a spiritually divided house is tough. Mommy will want to raise the kids to love the Lord, but daddy won’t. Mommy will want to take the kids to church, but daddy will be indifferent. Your kids will never have the spiritual leadership that a father is called to provide.”

Because of all these dangers, our barely post-pubescent “ministers” tell female followers to shun nonbelieving paramours even if they’re “highly moral.”

What’s particularly disturbing to me about all of this nonsensical, supposedly moral direction is that the deeply limiting strategy ensures these girls and young women will never have to question their beliefs or be exposed to irreligion or spiritual doubt. Find a good Christian guy, in other words, stop thinking and raise your kids to not think either.

There is something relentlessly manipulative, calculating and cold about this kind of evangelism, which ignores what human beings are and what essentially moves them. Consider this passage from the Girldefined site:

“As a Christian girl, you are here on a mission for God. He is your King. You’re called to live for God’s glory, to evangelize the lost, and to make disciples. A non-Christian boyfriend will not share this same mission with you because He does not serve the same King. You will find yourself striving on your own with little support or understanding.”

It’s a warped philosophy that degrades and devalues everyone who doesn’t believe the same dogma, even people the believers themselves view as manifestly good and decent people.

Any reasonable person should see what a sad moral failure that represents.

But, unfortunately, a whole lot of girls and young women are apparently entranced by Girldefined and embracing its credo of intolerance.

If you’ve already read it, please feel free to post a brief reader review on Amazon! 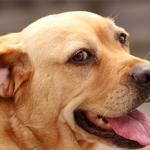 January 15, 2019
Of all the best dog videos in all the world, this one is right up there
Next Post 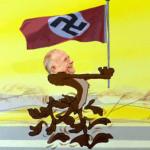