When I lived and worked in Saudi Arabia in the first decade of the 2000s, I found it disconcerting how resolutely Saudis looked to their holy book, the Qur’an (pronounced ker-AHN), to direct every single aspect of their lives.

The five pillars of Sunni Islam codified in the Qur’an told them to pray (salah) at five specific times every day of the year. Told them to abstain from daylight food, drink and sex during the annual holy month of Ramadan. Told them exactly how to perform charitable giving. And told them to make a sacred pilgrimage to Mecca once in their life (if bodily able and they can afford it) during the month known as Dhu al-Hijjah (the month of the Haj, or pilgrimage).

But first among the pillars is reciting the shahada, the essential Islamic declaration of faith professing that there is only one God (Allah) and that the prophet Muhammad is his messenger. It must be uttered by anyone wanting to become a Muslim. This statement, in Arabic, is also on the nation’s flag: “There is no god but God (and) Muhammad is the messenger of God.”

In addition to these pillars of faith, Muslim faithful follow a host of other assumed life requirements stated in the Qur’an, from kindness to hospitality, how to treat multiple wives and how to dress, as well as how to comply with various traditions and sayings of the prophet also in holy books.

I remember a very engaging young Arab cab driver I met on a trip with my wife and some friends to Oman about a decade ago. When we asked him if he’d completed Haj yet, he said, without a hint of guilt (and I paraphrase), “Oh, no! When you go on the pilgrimage, it makes you pure, and you can’t enjoy yourself afterwards like I do now as a young man or you will be unpure again.” The upshot is one must be purified to enter paradise.

So, the sin itself, the acts that leave you impure, are apparently not as consequential as when you do them and when you don’t.

I met another cabbie in Saudi once who started regaling me with ribald stories about his past experiences with hookers in various venues. When he asked me about mine and I told him I didn’t really do that sort of thing, he suddenly acted horrifically shamed. Talking fast and flailing his arms about, he began to berate himself and his debauched behavior, and stress how bad he felt about it. He calmed down a bit when I told him that just because I didn’t do it didn’t mean I judged him for it.

It’s like this probably apocryphal but amusing St. Augustine quote: “Lord, make me pure, but not yet.”

As I was deprecating the habit of Saudi Muslims to slavishly follow the Qur’an in structuring their lives but to consciously forgive themselves of inconvenient moral infractions, I realized evangelical Christians in the U.S. behave much the same. For example, they slavishly supported the election of an adulterous fornicator and cruel bully, and still wholeheartedly support him, despite his appallingly un-Christian behavior. The faithful forgive their own hypocrisy by deluding themselves that because they like the president’s political policies they are somehow absolved of their complicity in his sins.

I was thinking of this today as I read yet another “From the Pulpit”-type column in my local newspaper — “Good kids don’t just happen.” The author, a local Christian youth pastor, was lamenting how Christian families were so busy keeping their kids busy these days that they did not take the time to make God “their first priority.”

“I think most of us would say that we want our kids to grow up to be respectful, hard-working, God-honoring adults … to be good people,” he wrote. “But what are we really doing to make that hope a reality?”

He proposed that parents need a “vision and a plan for where your kids are headed,” otherwise there’s no telling which path they will take.

This scenario assumes that only God can provide such a vision and plan to ensure youths turn into good adults. What about basic humanist values that predominate in secular Scandinavian countries like Denmark and Norway, which emphasize the inherent value of human beings and promote critical thinking and rationalism over dogmatic superstition.

Nordic kids seem to be turning out OK.

So why do Christians and Muslims close their eyes to the inherent natural goodness of people and defer to Gods to solve their problems and tell them how to be good people.

Seems like we can be good all by ourselves, and best solve our problems using reason. 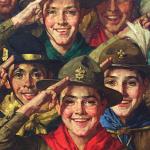 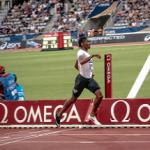 Nonreligious
Ex-Christian atheist an 'enemy of religion,' not of...
Godzooks: The Faith in Facts Blog