Atheist awed by humanity amid religious rituals of death

Even for an unwavering nonbeliever like myself, a couple of days last week were very close to a religious experience as we watched my wife’s mother, Ruth Aylward Pommer, 87, pass from this life into what she so fervently believed would be glory in the next.

Observing the initially distressful but finally serene end of a purposeful life robustly lived was both moving and humbling, a replaying of nature’s endless symphony of life and death far beyond any human capacity to halt or reverse it. Reality in perpetually unstoppable motion.

I come from a small family, but Ruth’s extended clan is relatively vast, so it was a beautiful and compelling thing to see the legions of daughters and sons, grand-kids and great-grandkids and great-greats, other relatives and friends filter into the room to hold vigil, voice rosary prayers, tell stories, and say their final good-byes.

It was particularly magnificent to see Ruth’s children closely arrayed around her bed, eyes red with anguished concern, stroking her hair, dabbing her brow, whispering soft encouragements into her ears, carefully watching her for signs of pain or distress so they could immediately do what was required to ease it. This is love expressed in its deepest, most primal, most authentic form.

Although I have spent long hours reading and writing about the unsubstantiality of supernatural ideas, as Ruth slipped quietly away I still realized once again what I already knew — that spiritual yearning is as universally human as rage against injustice. And it is powerful. So powerful.

When the kindly young priest from Ruth’s small farming community delivered the words of last rites in respectful, gentle tones, and anointed her forehead and palms with holy oil, it felt ancient, almost primordial. It felt natural to embrace any ritual, any hope that would make this not a sad end but a beginning of something profoundly better.

For many people, few things in life are as terrifying as its end, and the attendant possibility of immortal nothingness, or, worse, endless suffering. This is why most Christians, including, as Ruth was, Catholics, focus their lives on not displeasing God and improving their chances of being heartily welcomed by St. Peter in Paradise one blessed day.

I get it, especially after this past week, after seeing fervent faith up close in ways I rarely do, at a time of great angst and sadness over the passing of a woman much loved and honored in her lifetime. Even I mourn the end of her life in a personal way. Aside from the courtesy, respect and kindness she always showed me, the big-city alien grafted onto a small farming town by way of a happenstance meeting with her daughter in a far-away land, she also gave me another treasured gift: acceptance. From the beginning, she went out of her way to make me feel part of the large family she headed.

So, there I was at the end of her life, a most secular fellow in the midst of a most religious tribe, and I must say, it was terribly moving.

The funeral service in a breathtakingly lovely community church was fittingly transcendent, with its respectfully hushed tones, the great-grandchildren singing “Amazing Grace” in the choir loft, the candles and incense, readings from Ecclesiastes (“To every thing there is a season …”), the well-said sermon that honored and treasured Ruth’s long life. People came from far and wide to attend, some driving for days to reach the church.

And there was comfort food in church halls after the wake and funeral service and then the burial gathering the following day an hour away, where she was to be laid to rest with her husband. Food is part of the ritual of human passing, where pleasure and pain, good memories and sad immediacies, converge for sustenance of those who have been left behind.

As I went through this process, though from a further emotional remove certainly than Ruth’s immediate family, I still appreciated the essential value of such loving rituals and heavenly yearnings in helping survivors move on and face their next existential challenge. I tried to not focus on the reality that these painful passages also can bring out the worst in us.

So, although nonbelievers can often be antagonistic toward faith, I am reminded that it is pointlessly unkind and destructive to ever denigrate something so visceral and nurturing to people’s lives, whatever one’s philosophical differences.

I was thinking last week, as I waited patiently with others for the inevitable, that at such times theology and religious doctrine seem irrelevant, even as they precisely structure the final proceedings of a life lived out. What matters is love, remembrance and, as necessary, forgiveness.

Truly, in the presence of death last week, I was alive with awe for my species. 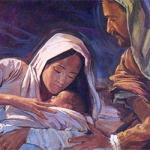 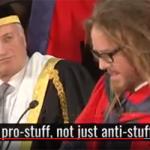