Where did the Equal Rights Amendment go to die? Or not.

What happened to the Equal Rights Amendment, the initially popular constitutional amendment proposed at the start of the 1970s to enshrine women’s equality with men, which eventually petered out unratified in 1980?

I was an Arizona college student when the amendment campaign was launched just after the culturally turbulent 1960s and amid the continuing first substantive American feminist movement — “Women’s Lib” — since 1920, when women gained the right to vote with ratification of the 19th Amendment.

But as I got on with my life and gradually evolved into semi-adulthood, I mostly forgot about the ERA, only vaguely remembering when it had abruptly surfaced in the nation’s consciousness, and thinking at the time that it was necessary, a no-brainer.

The core of the amendment read: “Equality of rights under the law shall not be denied or abridged by the United States or by any state on account of sex.”

It’s purpose, according to the website Equalrightsamendment.org was “to end the legal distinctions between men and women in terms of divorce, property, employment, and other matters.”

I mean, duh, right? The only surprising part, to me, was that it hadn’t long been law already.

The amendment passed handily in both houses of the U.S. Congress — the House in October 1971 and the Senate in March 1972 — and was quickly handed over to state legislatures for ratification, as provided for in Article V of the Constitution. Congress mandated final ratification by 1979, and the measure’s broad, bipartisan support seemed to bode well for passage by the required minimum of 38 states before the deadline.

Opponents who began to emerge, included right-wing gadfly Phyllis Schlafy, who coalesced conservative women around contentions such as that the ERA would disadvantage housewives, allow women to be drafted into the military, rescind protections women had long enjoyed (such as alimony), and lessen the likelihood that women would gain custody of their children in divorce cases.

There was also a fair amount of second-guessing from states who had already ratified the amendment. Five legislatures voted to revoke their ratifications: Idaho, Kentucky, Nebraska, Tennessee and my current adopted state, South Dakota, and four of those claimed they had rescinded their votes ahead of the revised ratification deadline of March 22, 1979. South Dakota legislators voted to “sunset” revocation of its vote so that it was deemed effective by the initial deadline.

Noting the amendment’s sagging journey to ratification, the U.S. Congress in 1978 extended the deadline to June 30, 1982. But when no more state legislatures voted to ratify by the new deadline, the extension was deemed moot and the amendment’s failure acknowledged, according to a Los Angeles Times article in 2018.

How did it fail?

Figuring out why the amendment eventually failed has spawned a cottage industry of speculation, including books, Ph.D. theses and other erudite assessments. But in the end, it was just poorly sold by its proponents, among other strategic and tactical deficits and the laws of unexpected consequences. This Christian Science Monitor article from 1982 is a good primer.

I was thinking about all this yesterday after reading yet another interesting editorial in TheHumanist.com e-zine by editor Jennifer Bardi about an odd but substantive protest this week by two women — Michelle Renay Sutherland and Natalie White — outside the Virginia state Capitol. They were trying to bring attention to the state’s proposed new 21st-century Equal Rights Amendment then before the House of Delegates. The odd part was that the protesters decided to personify two figures on the state’s seal as anatomically and composition-wise correct, which required Sutherland’s left breast to be exposed.

The upshot is that Sutherland was arrested and later released (for indecent exposure), and the amendment narrowly failed 51-49.

So, although dead in Virginia, impetus for the ERA is apparently still alive in the land.

Bardi senses that the ERA will not fully resurrect until politicians fully support women, which she rationally doesn’t expect “any time soon.”

For the purposes of my nonreligious blog, Virginia’s experience symbolizes for me the continuing stranglehold religion continues to have in subtle and not-so-subtle ways on American society. I see this as a reflection of biblical misogyny that over many centuries has become deeply embedded in the psyches of men, who, after all, still comprise most state and federal lawmaking bodies.

Women’s freedom has long been viewed with male trepidation — from Eve and her apple on — not only in the West, but in Islamic countries as well.

For example, it took Saudi Arabia many decades to allow women to legally drive, because men said they were very concerned that such unaccustomed freedom might in some way be hazardous to vulnerable women.

Truth be told, it was probably more hazardous to the time-honored macho patriarchy of Saudi men.

As it likely is to American men. Even today. 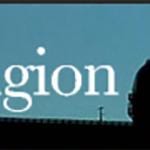 February 27, 2019
‘Recovering from Religion’ offers secular oasis for exiles from faith
Next Post 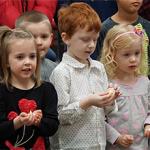