Arizona lawmaker tells colleagues he sees God in the gallery

Something happened on the floor of Arizona’s House of Representatives on Feb. 11 that was a shameful reminder that a sense of Christian privilege in America is as casually wrong-headed as it is common.

According to a report in the Phoenix New Times, the presentation focused innocuously on the natural glories of nature:

“Without invoking a deity, Salman had asked legislators to reflect on the ‘wonders of the universe’ and the diversity of life on an ‘insignificant planet in an insignificant galaxy.’”

Although the topic was seemingly noncontroversial, the New Times reported:

“The incident is the latest in a long-running feud between the Legislature’s cohort of the religious right and their secular-minded colleagues like Salman, a Democratic atheist from Tempe.”

Immediately after Rep. Salman’s short presentation, conservative Christian Republican Rep. John Kavanaugh of Fountain Hills took the floor to mock her, introducing “God” as his “guest” in the House gallery — “as he is everywhere , and the same God, who, by the way, created nature, which purportedly created this tiny speck of a planet in which this tiny speck of a Legislature legislates,” he snarkily added.

The rejoinder was delivered with the smug self-satisfaction of someone who believes what he believes is irrefutably infallible.

Yet — and I am bone-weary of repeating this truth — there is zero evidence that such an invisible omnipotent being as “God” exists anywhere. It’s just what Christians have convinced themselves exists.

Rep. Salman, for her part, later said she found Kavanaugh’s callous disrespect and ignorance so appalling that she declined to introduce her mother and grandmother, seated in the gallery, to the legislators.

“I was so ashamed, I didn’t even introduce them because of the behavior that we witnessed on the floor,” she said.

Coincidentally on Feb. 11, members of the Secular Coalition for Arizona were also in the House gallery for “Secular Day” at the Capitol for meetings with lawmakers and a press conference denouncing a state license plate that funds an anti-LGBTQ Christian legal advocacy group. See my Godzooks post on this topic here.

In a protest speech on the House floor the day after Rep. Kavanaugh’s showy retort, Rep. Salman protested his boorish behavior as “unbecoming of a member.”

“I rise to protest today because I want to make it clear I have never denigrated another member’s invocation. Yet for the third year in a row, members of this body have belittled my religious beliefs in ways that are humiliating and uncalled for.”

Put aside for a moment that atheism is not a religion and focus on the fact that what Kavanaugh is trying to force upon people is.

In an email statement to New Times, Rep. Kavanaugh insisted that his response to Rep. Salman’s secular invocation was a “friendly counterpoint,” but the combative text clearly indicated it was anything but.

He accused her of “hijacking … the prayer and turning it into a secular commercial for the Secular Coalition members in the gallery. I felt it proper to restore God to the prayer, which is the purpose of the prayer.”

This is the kind of mindless reactionary nonsense that gives even thoughtful conservatives an undeserved bad name.

Newsflash to Kavanaugh: A quarter of the U.S. population is now unaffiliated with any religious tradition or denomination, including agnostics and atheists, and many not only don’t pray but are offended by prayers in government venues and even consider them blatantly unconstitutional. Just because prayers have been said in government since the birth of the nation, doesn’t mean they’re automatically legally fine. Times change, people critically review the Constitution and rethink — and sometimes discontinue — long-practiced traditions.

In the more secular America of the 21st century, noting that the number of religious apathists has been surging for decades, what could be more appropriate than a nonreligious, humanist invocation — an upstart new tradition that makes far more sense than the old?

What annoys me about this entire incident is Kavanaugh’s apparently intractable belief that his superstitions are not only true but so manifestly true that anything that might imply noncompliance is to be scoffed at and slammed.

The Christian faithful need to realize that American society is changing, much as it already has in Western Europe, and long-held supernatural assumptions are quickly becoming quaint, fading cultural relics of the past.

If you’ve already read “3,001 Arabian Days,” the author would be honored if you’d post a reader review on his Amazon page. Thanks! 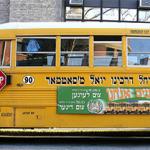 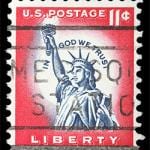 February 20, 2019 N. Carolina ‘In God We Trust’ fever infecting citizens with religion
Recent Comments
0 | Leave a Comment
Browse Our Archives
get the latest from
Godzooks: The Faith in Facts Blog
Sign up for our newsletter
POPULAR AT PATHEOS Nonreligious
1

Jon McNaughton: The Thomas Kinkade of...
Freethought Now!
Books by This Author Books by Rick Snedeker