American parents opposed to childhood vaccinations, often for religious reasons, are not just choosing to exercise their fundamental freedom to decide things for themselves, they are also putting their children and the rest of us at grave risk by irresponsibly choosing irrational fear over the saving grace of science.

Unfortunately, measles is again in the news, as new, worrisome outbreaks have been reported in Texas, Oregon, New York and Washington state.

And it’s not just an American problem. According to an article in the Washington Post, the World Health Organization reported Thursday that,

“Worldwide, researchers estimate that there were 6.7 million cases in 2017, with the vast majority occurring in poorer countries. Between 2016 and 2017, reported cases surged by 30 percent — including in some unexpected parts of the world.”

I know something about the dangers of non-vaccination. In the mid-1950s, my sister and I both contracted childhood measles, but hers evolved into encephalitis, a life-threatening brain inflammation that is a not-uncommon complication of the disease. She survived, but it was touch-and-go for a couple of weeks after she fell into a coma.

Back in mid-century America, before the development of the first measles vaccine in 1963, children contracted measles so commonly that infection was considered “as inevitable as death and taxes,” according to a 1954 article titled “Modern Measles” in the American Journal of Medical Science. But the infection rate of the disease plummeted within a year — from hundreds of thousands to tens of thousands of cases annually — after the vaccine’s release for public use (check out this dramatic chart showing the downturn, here).

Outbreaks in 1971 and 1977 caused another uptick in vaccinations throughout the nation, which further reduced new cases to a few thousand per year in the 1980s. Then a 30,000-case spike in 1990 jump-started vaccinations again, with a new vaccine added in combination, and no more than 220 cases per year were reported from 1997 to 2013. However, a bump of 667 measles cases emerged in 2014.

So, in short, measles vaccinations — all vaccinations, actually — have been scientifically proven to work. But for them to work, vaccinations must be continually given.

And it’s not just positive statistically. Vaccinations save actual lives. Lots of lives. Within 20 years of licensing in the U.S., measles inoculations had prevented an estimated 52 million new cases of the disease, 17,400 cases of mental retardation, and 5,200 deaths, according to a 1985 article titled “Health impact of measles vaccination in the United States” in the journal Pediatrics.

A strategy to improve global vaccination coverage, spearheaded by World Health Organization and UNICEF during 1999-2004, saved an estimated 1.4 million deaths worldwide from measles.

Meanwhile, vaccinations have largely eliminated the disease in America. Outbreaks are no longer home-grown; they’re generally brought in with travelers from abroad.

Although opposition intractably remains, it is based on unfounded fears. Much of the worry stems from a bogus study published in 1998 by a British doctor who claimed the measles, mumps and rubella vaccine caused autism. The doctor’s license was ultimately revoked, and the study was retracted. If you want to see what nonsense public-health officials are up against, watch this moronic video on YouTube, here.

Vaccination opposition also continues for the same reasons Christians tried — unsuccessfully, fortunately — to stop the nation’s first-ever vaccinations for smallpox in Boston in the late 18th century. Opponents then believed human beings should not try to try to unnaturally block anything God bestowed, such as a disease. Religious opposition to sexual contraception is along the same vein.

Dr. Anthony Fauci, director of the National Institute  of Allergy and Infectious Disease, said there is a reason measles periodically reappears in America, he told CBS News last month:

“These outbreaks are due to the anti-vaccine movement. … When you get below a certain level of vaccination in the community, that’s how you get outbreaks. That’s been scientifically proven year after year.”

Fauci said “overwhelming evidence” has long proven the measles vaccine to be safe and effective in preventing the disease, and that any claims about health risks from inoculations are “based purely on fabrication.”

Yet, opposition remains. Eighteen states allow parents to decline vaccinations for their children due to religious, moral, personal or other beliefs. But some states are edging away from that.

A measles epidemic now under way in the Pacific Northwest has so far infected at least 43 people in Oregon and Washington — two states that allow voluntary inoculation exemptions — and the governor of Washington has already declared a state of emergency to deal with the crisis. Two infected Washington children also carried the disease to Hawaii on vacation, officials reported.

Of note, Oregon and Washington have some of the nation’s highest vaccine exemption rates (Oregon has the highest), fueled by low inoculation levels in scattered conservative rural communities and alternative schools.

The state of New York is also reeling from a sudden outbreak, with more than 200 cases. Sixty-two children have been infected in one ultra-orthodox, anti-vaxxer Jewish community in Brooklyn.

Public health officials are quick to point out that all the recent victims were unvaccinated.

Still, keeping children vaccinated remains a tough row to how, and 2015 was a particularly tough year for innoculation proponents.

Republican state Rep. Paul Harris of Vancouver, Washington, has introduced a legislative measure that would disallow personal exemptions specifically for the combined measles, mumps and rebella (or MMR) vaccine, and a public hearing was scheduled for Feb. 8. A similar bill in 2015 never made it to a vote in the Washington state House.

Oregon state Sen. Elizabeth Steiner Hayward, a Democrat, faced fierce blowback also in 2015 when she tried to offer a bill to revoke her state’s non-medical exemption for vaccinations. She ultimately retreated.

Still, California in 2015 became one of the few states to outlaw vaccine exemptions for all children in public and private schools (but homeschooled kids get a pass), after 147 people were infected with measles at Disneyland. That same year, Vermont also jettisoned its vaccine exemption.

But California’s success wasn’t a walk in the park. State Sen. Richard Pan, a pediatrician who sponsored the vaccination legislation, said he received death threats and anti-vaxxer harassment on his phone lines and social media.

Irrefutably, the data is completely on Pan’s side.

A recent CBS report noted that that in 2018 there were only 350 measles cases throughout the U.S. and that before vaccinations 400-500 people died of the disease nationally. Complications can be blinding, deafness, pneumonia and brain swelling.

“Measles is not a trivial disease,” Fauci stressed. “When measles was rampant before the vaccines were available, it was one of the most devastating diseases globally and in the United States.”

That people are refusing for their children what is tantamount to a cure, because they refuse to accept undeniable evidence that they are wrong, is not just a crime against humanity. Under the rules of faith, it’s arguably also a sin. 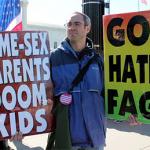 February 8, 2019
This Ted Talk strikes me as a un-Christian ‘Trojan Horse’
Next Post 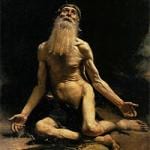