The post referenced an interview a few days ago by CBS Miama television station with Florida House Speaker Jose Oliva, in which the lawmaker referred to pregnant women five times not as persons but “host bodies.”

It seems an odd phrasing, but its apparent purpose is clear: to distract from the inherent humanity of the mother in favor of the fetus to make a political point.

As a conservative Roman Catholic Republican, Oliva embraces the church’s position unequivocally opposing abortion but also that women don’t have an inalienable right over their own bodies as the U.S. Supreme Court has codified. But instead of arguing on the practical merits of the issue of abortion, he subtly alters the human status of pregnant women by portraying them as mere “hosts” of their fetuses, implying the women are not real people with full constitutional rights.

When Olivia was rocked by blowback about this phrasing later, he unconvincingly tried to explain that it was “an attempt to use terminology found in medical ethics writings with the purpose of keeping the discussion dispassionate.” However, the aggressive Catholic position on abortion and the status of women is anything but dispassionate.

This is contemptible in two ways: it inserts religion, in this case Catholicism, into a public opinion-crafting and decision-making process that should be completely based on secular, evidence-based considerations far beyond religion. And it accommodates promotion of religious ideology in the public sphere by using dehumanizing language to obscure human rights and distract.

Considering that Christianity, which includes Catholicism, fundamentally prohibits lying and misrepresentation for any reason — the Ten Commandments terms it “bearing false witness” — Rep. Oliva surely knows his disingenuous use of language is wrong, particularly as it would ultimately harm and disenfranchise others, in this case pregnant women.

His manifest deception was not lost on non-conservative women paying attention.

Terrie Rizzo, Florida Democratic Party Chair denigrated his comments as “hurtful, dehumanizing, and misogynistic. … You’d expect to hear this offensive language in the Handmaid’s Tale — not from the Speaker of the Florida House of Representatives.”

But in a subsequent non-apology apology, Rep. Oliva contended that,

“[The abortion issue] is and will continue to be our societies greatest challenge. I strongly believe both mother and child have rights and the extent and balance of those rights remain in question. I regret my wording has distracted from the issue. My apologies to all.”

What he did not say, though, is, “I was wrong to characterize women as ‘host bodies.’”

His explanation that he was only trying to be “dispassionate” and not insulting to women rings hollow.

Why on earth would anyone think that referring to women as biological Petri dishes and not sovereign human beings was somehow not insulting?

One would hope our elected lawmakers would be more honest and transparent — and secular — in representing and informing us. 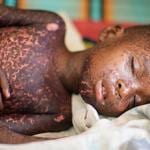 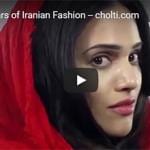 March 7, 2019 Revolution crushed Iranian women. Could it happen in America?
Recent Comments
0 | Leave a Comment
Browse Our Archives
Follow Us!

Trump Is Helping to Send the World to...
The world as I thought I knew it - liberal ideas being...

The Toronto Blessing: A Leek's-Eye View of the...
Hello and welcome back to our conclusion to the Toronto Blessing series!...
view all Nonreligious blogs
What Are Your Thoughts?leave a comment
Copyright 2008-2017, Patheos. All rights reserved.