If you’re a postmodernist, this post will probably seem absurd

If you’re a postmodernist, this post will probably seem absurd March 27, 2019 Rick Snedeker

Are you a postmodernist?

I’m not, at least from everything I admittedly only very partially understand about the movement’s hard-to-fathom (for me), contrarian ideology.

The august Encyclopaedia Britannica, although I don’t know if its explanation really clears up much for me, defines postmodernism in part as a Western philosophy of the late 20th century “characterized by broad skepticism, subjectivism, or relativism; [and] a general suspicion of reason.”

To me, the key phrase is “suspicion of reason.”

From what I think I get about postmodernists, they view nearly everything as contingent, or dependent for its meaning, on something else altogether that has somehow slipped our mind. The doctrine seems to hold that even the things we absolutely think we know — what comes to us via our senses, like pain and beauty — may be delusions in our minds whose meaning and reality is actually something entirely different than we realize.

They’re suspicious whenever someone says something unabashedly declarative, like, say, “Love is blind,” which probably should be questioned, of course, but to what greater purpose than its poetic meaning, I don’t know.

The few postmodernists I know tend to poo-poo science and characterize “facts” as social fabrications whose meanings in some way, like chameleon salamanders, are able to match the colors, so to speak, of the social and material environments human beings construct around themselves.

I’m not sure what to make of all that other than that postmodernists think we should all give the third degree to everything, even, perhaps especially, what we think we most undeniably know. Frankly, for me, it’s exhausting just to think about. I prefer accepting science’s long-established and retested objective theories involving gravity, for instance, and accept when I trip off a curb that gravity is what makes the situation suddenly perilous, not some secret, invisible, yet-to-be-named mystery force.

I’m not closed-minded; I’ll call it by its new name when someone discovers it, although I suspect it will be a scientist.

I don’t wonder if scientists today might be slightly wrong about this or that regarding gravity or anything else, but instead I just embrace the idea that if something’s predictable and the predicted thing happens again and again, it’s almost certainly true, despite what purer, more definitive explanations might escape us at the moment. For now, gravity in the stodgy, empirical, scientific way works just fine for me. It doesn’t “pick my pockets or break my legs,” to paraphrase Thomas Jefferson, who I’m certain would be a nonpostmodernist if he reincarnated today and popped up in the little Midwest prairie town where I reside.

I’ll leave the postmodernists to head off into the swampy weeds where the DOS properties of gravity heretofore unknown may reside, like black matter in human heads, to perhaps further figure it out.

I’m thinking about this today because of a number of comments I received from readers of my March post titled, “Stop saying atheism’s a religion. It’s not. You can look it up.”

This discussion of what “atheism” is and is not can get tedious.

In short, people of faith often insist that atheism is a religion, that nonbelievers “believe” in the nonexistence of all purported supernatural beings, just like — and this is a telling conceit — religious believers believe in the existence of supernatural beings. Except that they are two categorically different kinds of belief — one is deep speculation based on imagination and the other is an acceptance based on objective, material “realities.” I put that in quotes because postmodernists and Christians argue that “reality,” like chameleon salamanders, are self-transformative and endlessly adjustable to perception.

Indeed, Christian pioneers like Thomas Aquinus and other captains of the early church actually urged the “faithful” to just go through the motions of believing, like yoga gurus in search of nirvana, until they eventually believed. At heart it was a rejection of objective reality.

Well, that reminds me of an almost certainly apocryphal quotation from the wonderful Scottish Enlightenment philosopher David Hume, who in responding to someone’s critique of the theory of gravity as just a social convention invited them to test the critique by stepping off the highest balcony in a tall building.

In other words, scientific principles have objective consequences, no matter how you package or think about them.

So, to call atheism just another kind of belief is specious. The purpose of that dodge, as always, is not to clarify but to drag nonbelief down to where the deepest, darkest, most inaccessible nether regions of human imagination purportedly reside. To have the spots and shades of their chameleonic assumptions magically transform, like salamander skin, finally proving the subjective “reality” they find themselves in.

I prefer to stay here in the sunlit glen of real world where when I stub my toe on a chair leg, I curse — “Damn!” (or some such) — and think, “I just banged my toe into that immovable object and, as infallibly predicted and verified in each of my 68 years, when I do that it hurts like the dickens!”

More importantly in the context of this post, I’m almost certain I know why. 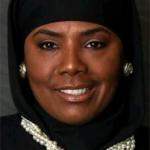 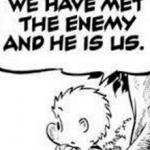 March 28, 2019 If a real God wouldn’t create a world with evil, what then?
Recent Comments
0 | Leave a Comment
Browse Our Archives
get the latest from
Godzooks: The Faith in Facts Blog
Sign up for our newsletter
POPULAR AT PATHEOS Nonreligious
1

Were the Sacrifices Worth it?
No Longer Quivering
Books by This Author Books by Rick Snedeker