Is former Czechoslovakia a composite of U.S. religious fate?

What used to be Czechoslovakia, smack dab in the middle of Eastern Europe, is now two separate countries — the Czech Republic and Slovakia — which, religiously, are almost mirror images.

In a study released earlier this year, Pew Research Center reported that the peaceful split — the so-named “Velvet Divorce” — occurred in 1993 after the collapse of the Soviet Union, but that “despite having been one nation for roughly 75 years, the two countries have very different religious profiles.”

An article on the Pew report in January noted that,

“While Slovakia is majority Catholic (63%), around seven-in-ten Czechs (72%) are religiously unaffiliated – the highest share of unaffiliated adults in 34 European countries surveyed by the Center. In addition, far more people in Slovakia than in the Czech Republic say they believe in God (69% and 29%, respectively).”

These figures show that Slovakia today religiously resembles the United States, where nearly 22% of the populace currently self-identify as “nones” (as they answer the question on demographic surveys, “What religion are you?”). On the other hand, religiosity in the Czech Republic looks like where America is headed, as religious affiliations are relentlessly fading while religious skepticism has exponentially surged in the past few decades.

Of political importance in the U.S., “nones” now outnumber evangelicals, who were so essential to President Donald Trump’s election in 2016 and continue to bolster his hold on power.

Interestingly, the Pew study credited the Czech Republic’s “largely secular religious landscape” with sharp declines in recent years in citizens who identify as Catholic. Pew’s predecessor, Times Mirror Center for the People & Press, reported in a 1991 survey that 44 percent of Soviet-era Czech-speaking Czechs at the time identified as Catholic, but Pew notes today that only 21 percent still identify as Catholic.

But it’s not just their greater Catholicism that sets off Slovaks from their former countrymen. Slovaks, according to Pew data, are also consistently and significantly more pious than Czechs — some 20 percent more in terms of praying (31 percent vs. 9 percent), going to church regularly (31 percent vs. 11 percent) and the importance of religion in their lives (23 percent vs. 7 percent).

Pew also reports that whereas Slovaks are less religiously intolerant of other faiths and less nationalistic than Czechs in some categories, Czechs are in some places less socially conservative than Slovaks. Emphatic majorities in both nations support abortion (Czechs, 84 percent; Slovaks, 70 percent), but while 65 percent of Czechs favor same-sex marriage, barely half of Slovaks (47 percent) do.

People in both countries also differ ethnically and culturally, and other contentions on political, economic and other issues led Slovakian leaders to begin breaking away from Czechoslovakia after communism disintegrated in the U.S.S.R. in 1989. 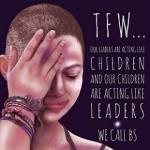 March 24, 2019
Second Florida school massacre survivor in a week takes her own life
Next Post 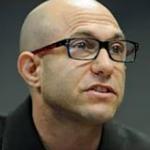