Is it better to convert others to your faith or leave them be in theirs?

This quote attributed to an Inuit priest named Kweku Arihin Mensah, although possibly apocryphal, makes good points about religious imperialism and how faiths are not universally applicable to any culture. 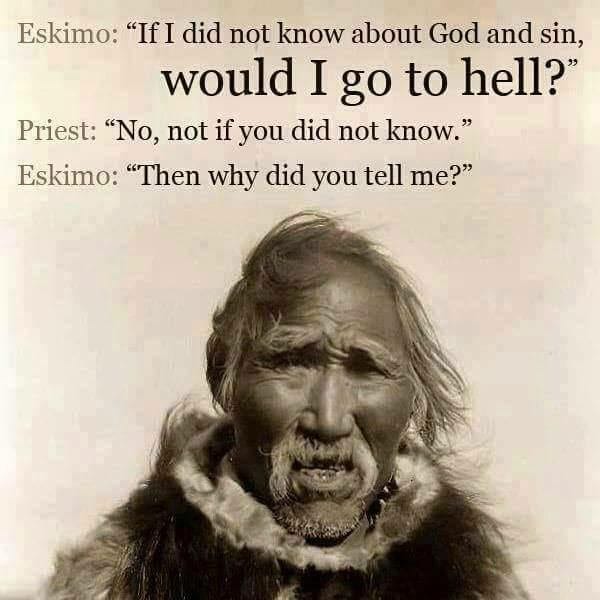 The imperialism part is how Christianity, say, may have seemed completely irrational to an Inuit in far northern Canada when European missionaries came to the New World. In fact, it is not logical to think it’s a good thing to be told about God and sin when that knowledge immediately puts you at risk of eternal damnation you weren’t at risk of before.

So, this question embedded in the image above — “Then why did you tell me?” — would likely make total sense in the Inuit culture (I strongly suspect), where such horrendous punishments are nonexistent:

Even true believers in Christian sects find a lot of their own  doctrine inconsistent if not completely beyond the pale. That is how jury-rigged concepts such as “purgatory” and “limbo” have been crafted over eons to answer such questions as: “Do unbaptized, stillborn babies go to hell?” The term “limbo” derives from the Latin limbus, meaning edge or boundary, and referring to the “edge” of Hell. It’s a kind of way station for infants who die before being baptized but are ultimately Heaven-bound. “Purgatory” is purportedly a byway for people who die without damnable sins on their souls.

Of course, no evidence exists that Heaven or Hell actually exist somewhere, much less that they have suburban zones such as Limbo and Pergatory. Or even that there’s a God. But such is faith — the faithful must believe without material evidence.

And so the question remains, is it more moral to leave people to their own indigenous faiths to be happy or miserable, as they will, or to try and graft yours onto them, with potententially ruinous consequences and no certain salvation in the end either way?

Certainly, Western civilization, especially as it enforced itself on the New World once upon a time, was committed to the latter, with horrendous results for pre-existing cultures in the lands European explorers and settlers colonized. 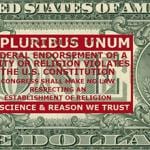 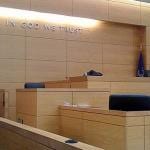