South Dakota decides ‘In God We Trust’ is patriotic, not religious

Evangelical Christians continue to sneak the ideology of their faith into American government and public life while effectively lying about their intent, including this week in South Dakota.

One might think Christians would always be honest. But, no.

In the latest example of the Christian Right sticking faith in the national craw, South Dakota Gov. Kristi Noem signed state Senate Bill 55, which “requires” — a euphemism for “forces” — every school in the state to “prominently display” the national motto, “In God We Trust,” and authorizes the state to pay for any resulting lawsuits that might arise.

The dishonest part is that the lawmaker who sponsored the bill, Republican Rep. Chris Johnson of Rapid City, has said the bill is “not intended to force religion on students, but instead to promote patriotism,” according to Prairie Business.

That is only true if American patriotism must be infused with godly faith, which leaves out the quarter of the U.S. population (including a similar proportion in South Dakota) who are nonreligious, including atheists and agnostics, and who are due the same protection from religion that believers are due of theirs.

This deceitful “it’s patriotism, not religion” meme is being mouthed elsewhere as state legislators in thrall to religious conservatives feverishly rush to prominently place “the national motto,” which is actually a statement of religious faith, into every school and public building in the nation.

Each student can ‘see and read it’

Consider the rationalization being employed, as this passage reveals in a Lincoln (Nebraska) Journal-Star in January about the state legislature’s move to put the motto in Nebraska schools:

A bill (LB73) introduced by Sen. Steve Erdman of Bayard would require schools to display “In God We Trust” signs or posters in classrooms or common areas ‘where each student shall be able to see and read it each day school is in session.’

Erdman, an ardent conservative from western Nebraska, said Monday his bill “has nothing to do with religion.”

Of course it isn’t doing that. Except it is. Literally.

Chapter 13-21 of South Dakota law was amended in SB 55 by adding a new section that reads:

Beginning in the 2019-2020 school year, the national motto of the United States, “In God We Trust,” shall be displayed in each public school. The display shall be located in a prominent location within each public school. The display may take the form of a mounted plaque, student artwork, or any other appropriate form as determined by the school principal. The display shall be easily readable and may be no smaller than twelve inches wide by twelve inches high. For the purposes of this section, a prominent location is a school entryway, cafeteria, or other common area where students are most likely to see the national motto display.

Should anyone want to question in court the constitutional or other problematic aspects of the new law, the legislators added this caveat:

In law we mistrust

Be aware that this is how evangelicals, many of whom are elected to U.S. statehouses, inappropriately, arguably unconstitutionally, embed religion in the body politic, despite the clear intent of the Founding Fathers that a “wall of separation” (Thomas Jefferson’s words) be maintained between “church and state.” “God,” no matter how you cut it, is always and forever a church, not state, concept.

Still, there it now is in our national motto, which is exploited as permission to insinuate the inherently religious phrase everywhere, especially where American children congregate. This project by Christians to supercede the intentions of America’s founders has been ongoing for centuries, occasionally gaining foothold in the culture. An excellent summary of this continuing effort is found in an article at The Conversation online, titled “The Complex History of ‘In God We Trust.’”

In all fairness, such a religious phrase shouldn’t be our national motto in the first place. But lawmakers who opposed the new South Dakota law didn’t seem to object to that part. They just said they thought placing the slogan should be a locally determined, not a state mandate, and, in any event they thought it was probably not enforceable.

This kind of limp safeguarding the Constitution is what allows religion to seep ever deeper into American culture to everyone’s peril.

NOTE: The video embedded in this post reprises the meeting where the city council in my town, Mitchell, South Dakota, on Dec. 7, 2015, approved displaying “In God We Trust” in City Hall. Comments at the meeting instructively revealed the many ways people view this issue, and how the long public use of the phrase has complicated its reality. 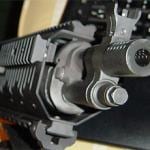 March 21, 2019
NZ just banned assault weapons in less than a day. US? Still nothing.
Next Post 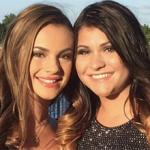