I doubt if there’s a much more sickening example of how Christian privilege jackboots religious “others” in America than this video clip during yesterday’s swearing-in of Democrat Movita Johnson-Harrell, the first Muslim woman elected to the Pennsylvania state House of Representatives.

In the presence of Rep. Johnson-Harrell’s 55 invited guests, including 32 Muslim Americans, Republican Rep. Stephanie Borowicz, hand-picked by the GOP majority to present the opening legislative prayer, launched into an over-the-top evangelical Christian screed that brazenly disrespected the new legislator and her guests.

Rep. Borowicz evoked Jesus 13 times, saying that the United States was “founded on Your principles” and listing various prominent American moments — e.g. Gettysburg and Valley Forge — where the “good Lord” was apparently present to bolster her Christian Nation claims. She also gave a shout-out for U.S.-Israel relations (unavoidably a dig at Muslim Palestinians).

Mute to this unconscionable onslaught of Christian bigotry, and forced to endure it, were Rep. Johnson-Harrell and her family and supporters. Meanwhile, Christian heads were respectfully bowed.

Such behavior is despicable in a country where the Founding Fathers sought mightily to keep this sort of religious tyranny from happening — and to that end kept the personal God of Christianity out of both the Declaration of Independence and the Constitution, and issued a stern directive that church and state should be held separate.

What is more of a violation of that intent than one religion dismissively lording over another at an official event in an American state legislature?

Rep. Johnson-Harrell in a later statement to the Pennsylvania Capital Star called the deeply sectarian prayer:

“… divisive and highly offensive to me, my guests and other members of the House. It blatantly represented the Islamophobia that exists among some leaders. Leaders that are supposed to represent the people. I came to the Capitol to help build bipartisanship and collaborations regardless of race or religion to enhance the quality of life for everyone in the Commonwealth.”

In an article today, the Daily Kos reported that Rep. Johnson-Harrell is a woman of substance who has long worked to improve life in her community. After her son was killed in gun violence in 2013, she founded the CHARLES Foundation, a nonprofit to help communities mitigate gun violence. She recently also served as supervisor of Victim Services in the Philadelphia District Attorney’s Office.

House minority leader Rep. Frank Dermody, a Democrat, said Monday that, “Never have we started out with a prayer that divides us. Prayer should never divide us, it should bring us together.” 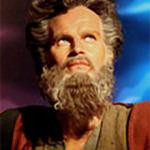 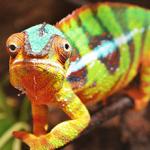