One of the reasons we have problems in America is voters keep electing ignorant people to make our laws.

Case in point: Texas Republican state Rep. Bill Zedler, who believes measles is no longer an endemic problem in the United States because we now have antibiotics.

Keep in mind that measles is caused by a virus and that antibiotics only affect bacterial infections. In other words, antibiotics have zero effect on viruses. Nonetheless, Rep. Zedler believes they do.

In a post this week in her Without a Chrystal Ball blog on the Patheos Nonreligious hub, here, Katie Joy quoted the anti-vaxxer legislator when he explained why he believes measles vaccinations are unnecessary:

“They want to say people are dying of measles. Yeah, in third-world countries they’re dying of measles,” Zedler said, shaking his head. “Today, with antibiotics and that kind of stuff, they’re not dying in America.”

“That kind of stuff” he alluded to includes the measles vaccine, which he is against yet has virtually eradicated the disease in America and many other places. This 2018 Immunization Action Coalition chart, here, shows the dramatic global drop in infectious diseases after introduction of modern vaccines more than a century ago. Also, by Zedler’s logic, he should also be against antibiotics.

Note that historical American opposition to vaccination began due to religious objections in 18th-century Boston — most local Christian clergy warned that local physician Zabdiel Boylston’s pioneering plan to inoculate the citizenry from smallpox was an attempt to usurp God’s will. The doctor did it anyway under cover of night — after vaccinating himself and his family — and saved a lot of people.

Zedler is a co-sponsor of a bill submitted to the state House by fellow conservative Republican legislator Rep. Matt Kruse that would expand personal vaccination exemptions in Texas for the children of anti-vaxxers and prohibit the state from tracking the combined number of exemptions, Joy reported in her blog.

The problem is that some people opting out of vaccinations for their children put whole populations at risk of contracting the disease, because universal vaccination is what stops its broad perpetuation in its tracks.

Zedler argues further that most kids got sick with the usual childhood diseases when he was young — measles, mumps, chicken pox, etc. — and the illnesses were “not a big deal.”

Complications can be deadly

Such illnesses are not usually a big deal, when you recover. But a significant number don’t recover unscathed. My sister, as I wrote in an earlier blog post, here, nearly died of measles as a child, from encephalitis, a not uncommon complication of the disease that can cause life-threatening brain inflammation and, in her case, coma.

Before the measles vaccine was readily available in the world, hundreds of people died of the disease globally each year, including in the U.S.

So, willful ignorance about medical efficacies exhaustively verified — knowledge that not only has saved lives but millions of them worldwide — is disgraceful. And more to the point regarding a legislator elected to protect the electorate, irresponsible.

But Rep. Zedler is far from alone. Other lawmakers in various states have pushed for increased vaccine exemptions for citizens on grounds of personal “conscience” and belief. Well, believing that vaccines are dangerous is not a belief — science has proven that vaccines are inherently safe — but a bias without evidence, without foundation.

Fedler, who is fervidly in favor of “freedom of conscience, said: “This is not the Soviet Union, you know.”

Because the “Soviet Union” no longer exists.

Let’s start electing people knowledgeable enough to know that antibiotics can’t cure viral infections, and that the “Soviet Union” ceased to exist in 1991 when it was replaced by the rump-state Russian Federation.

In the meantime in Texas, where the number of vaccination exemptions has surged from roughly 2,300 in 2013 to 53,000 in 2017, the city of Houston is currently wresting with a rare measles outbreak.

The good news is that previous bills similar to the one Zedler and Kruse are proposing have gone nowhere in the state legislature.

With any luck, this one will go nowhere as well, and these two ill-informed lawmakers will get voted out sooner rather than later and go somewhere else — home. 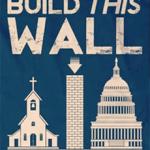 March 5, 2019
Let's totally build a wall. Just not on our southern border.
Next Post 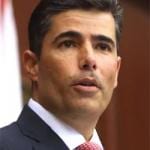 Nonreligious
Evangelicals try to sneak ‘Endowed by their Creator’...
Godzooks: The Faith in Facts Blog
TRENDING AT PATHEOS Nonreligious