Tell me again how sticks and stones may break our bones but words will never hurt us.

Keep in mind that words of hate as much as guns killed 49 innocent people yesterday in Christchurch, New Zealand, in that normally tranquil country’s now-worst mass shooting.

The guns used by one heavily armed right-wing crazy to shoot his Muslim victims during worship at two mosques were just murderous proxies for the irrational, ugly, white-supremacist hate speech that has been metastasizing virally across the world in the past few years.

Perhaps surprisingly, considering how utterly moronic these white terrorists are, they can read. But all they mostly read apparently are mayhem-bent manifestos against non-white immigrants, feverish treatises fueled by a paranoid sense of grievance, invasion by the “other” and fear of racial mixing.

“Blood and soil,” in other words — “blut and boden,” in German — a virulent 20th-century Nazi nationalist ideal of a “racially” defined nation (“blood”) united in an ethnically purified fatherland (“soil”).

Note that this hateful slogan was on the lips of American white supremacist, white nationalist thugs who marched carrying tiki torches in Charlottesville, Virginia, in August 2017, as anti-bigotry protesters looked on. The next day, one of the “blut and boden” marchers, James Alex Fields, drove his car into a crowd of protestors, killing a local woman, Heather Heyer. Fields has since been convicted of first-degree murder in the killing and sentenced to life in prison.

Fields and his hate-happy comrades were spouting racist propaganda that has long been a recurring and disturbing feature of Western, largely Caucasian societies. As firearms have become more deadly, especially in America, the bullet-sprayed epicenter of global gun violence, the body count has risen exponentially. While mass political hate murders were once far rarer, they are now not only far more common but far deadlier. And the body count of each incident demonstrably encourages another “lone wolf” to commit next.

Consider that the New Zealand murderer’s 74-page online manifesto of loathing for non-white immigrants said he was inspired by a previous mass slaughter by another bigot with guns: Dylann Roof, a young American white man who murdered nine black churchgoers in Charleston, S.C., in 2015. Roof opened fire after being kindly invited into the church and praying with congregants. Roof had similar depraved ideals to the New Zealand shooter’s, including a deep aversion to immigrants and fear “mongrel” corruption of the white race. Roof was later convicted for he murders and sentenced to death.

Another magnet of devotion for far-right terrorists has been Norwegian mass murderer Anders Behring Breivik, who killed eight people by detonating a van bomb in downtown Oslo, then shot dead 69 attendees, most of them kids, at a Workers’ Youth League (AUF) summer camp in July 2012 on the island of Utoya. He was later convicted of the murders and imprisoned indefinitely.

Before his attacks, Breivik, who was initially diagnosed by court-appointed psychiatrists as a paranoid schizophrenic but was later judged sane at the time of his meticulously planned murders, wrote a 1,500-page manifesto. That’s a lot of words.

The point is, the words of these human monsters are promiscuously viral and all-too-readily absorbed by certain fearful white people terrified that immigrants will overrun their countries, rape their women and dilute “real” citizens’ racial purity.

Except the fear is irrational.

Unfortunately, in America we have no shortage of such dangerous bigots. Even our president by his words urges them on — “they’re criminals, rapists … from shit-hole countries” he has said of immigrants. Keep in mind that President Trump launched his political career on a racist lie, that President Obama was born in Kenya, not America, because his father was Kenyan. And he once said he believed a Mexican-American judge could not be judicious because of his Mexican heritage.

By the way, the New Zealand shooter in his manifesto referred to the American president as “a symbol of white identity and common purpose,” according to the Daily Kos.

So, as you can see, this dangerous nonsense is infectious.

And the president turbo charges his racial animus by — in winks, nods and outright permission (“Knock the crap out of them; I’ll pay your legal fees,” he said at one rally) — encouraging his followers to commit violence against his opponents. He did it again yesterday, imlying that if his opponents were to upset the bikers and others “tough” people who support him, the response “could be very, very bad.”

Just as the world’s great monotheistic religions started with words — they now blanket the globe — so have the great hate-motivated mass murders. Nazi propaganda incorp0rated Christian doctrine and imagery. The pen is mightier than the sword, they say.

So words can hurt us. Badly.

In my view, telling people to hate “others” is far more dangerous than yelling “Fire!” in a crowded theater. A fire is usually finite, but hate speech becomes almost infinite in the area it can cover and the damage it can unleash.

The First Amendment should be amended to acknowledge that — to acknowledge that what happened in New Zealand yesterday, and possibly tomorrow in America, again, does not happen in a vacuum. “Free speech” should never exonerate hate speech and its nasty consequences. 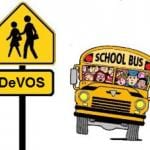 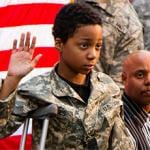