‘Socialism’ is just another word for ‘nothing left to lose’

What can be done about the ever-widening chasm of economic inequity in the United States between the haves and have-nots?

It’s a question that may not sound like it has much to do with religion, this blog’s main foil, but it actually does, and not just because capitalism is the godchild of the Protestant “work ethic.”

Of course, the haves don’t care a whit about said inequity because they’re doing fine because of it, thank you very much. But the have-nots, who care a lot — and this is crucial — don’t seem to have a clue what to do about it, except, sadly, vote for Donald Trump.

Yet there it remains, that pesky economic inequality. Chronic. Inert. Infuriating. And wholly unfair.

Suddenly, democratic socialism is a thing in American politics, and the primary reason is this self-perpetuating economic divide. But it’s not the purer, failed form of “socialism” practiced by the former Soviet Union, Cuba and Venezuela, it’s more like what liberal Americans casually view as socialism, the kindlier, gentler social-welfare-focused systems now practiced in Scandinavia.

But as an excellent post March 12 in Keith Veith’s Cranach: The Blog of Veith points out from a Republican perspective, Scandinavians don’t actually cop to the “socialist” label themselves, and, indeed, what liberal Americans call “socialism” today only vaguely refers to a suite of similar concepts that roughly mean “a more equal economy and improved social programs.”

Nonetheless, “Denmark is far from a socialist planned economy,” Danish Prime Minister Lars-Lokke Rasmussen once stressed, according to Veith. “Denmark is a market economy,”

But still, the latter-day Vikings do offer a lifestyle that Americans find compelling, including universal health care, pre- and post-birth parental leave, and publicly financed child care subsidized at two-thirds the cost.

“… while it is difficult to become very rich in Denmark no one is allowed to be poor,” then Danish Ambassador to the U.S. Peter Taksoe-Jensen said during a visit to Vermont in 2013, as reported by the Huffington Post. “The minimum wage in Denmark is about twice that of the United States and people who are totally out of the labor market or unable to care for themselves have a basic income guarantee of about $100 per day.”

Presumably not much has changed in the Danish-American equation since.

So, the “New Socialists” in American politics are socialist like non-socialist Scandinavia, favoring far less wage and public-service inequality minus the political oppression of current socialist/Communism-lite regimes like Russia’s. It’s not, well, Marxism.

The problem that won’t go away

This inequality is the problem that seems to never be solved or go away, not only in America, but in just about every society in the history of the world. But is that a good reason to stop trying to solve it? Just as the fact that billions of human beings believe in invisible deities does not verify the truth of that belief, the historical failure of mankind to solve endemic inequality does not prove that it’s permanently unsolvable.

And speaking of religion, Veith in his post noted that as “traditional religion and moral beliefs have faded,” what remains in their wake is “a spiritual system stripped of its former human values.” He references Matthew Continetti’s essay in the conservative National Review, “What to Do About the Rebirth of Socialism,” which opines that liberal Americans have turned to secular ideologies such as socialism as saving graces, “in an attempt to derive from the political sphere the direction and purpose to human life that is the traditional province of morality and culture.”

Socialism: ‘an alternative to religion?’

Veith says U.S. socialists are also viewing socialism as “the alternative to religion,” referring to another New Republic article, “The Spiritual Case for Socialism,” by Jedediah Britton-Purdy.

Whatever the cause for socialism’s relatively sudden re-emergence in American political debate, it has not occurred in a vacuum. Statistics show middle-class Americans and all poorer folks are currently doing terribly economically in relation to their lofty “betters,” the one-percenters and fellow travelers, and their plight has been worsening for decades as the prosperous continue to thrive magnificently at their expense. This cannot be ignored much longer, as medieval French King Louis XVI learned too late when the raging inequities long suffered by his proletariat, egged on by too many amoral intellectuals, exploded in the French Revolution.

The current proletariat in the U.S. believes, for some unfathomable reason, that Donald Trump will lead them to the economic promised land, when, in fact, he seems to be doing everything he can to accommodate the opposite. But, still, it’s a political force that needs reckoning, because the noble cause of “the 99 percent” — rage over yawning inequity in the land — is just.

But something more substantive than a cult of personality is required to fix it.

Is capitalism the bogeyman?

One political pundit — Briton Ryle in his WealthDaily newsletter — contends that capitalism isn’t the cause of this inequity that has split American society right down the middle.

“Corruption and crony capitalism are what got us here,” Ryle wrote. “Anybody got the stones to tell the truth?”

Whatever the cause, there are optional solutions available for assessment, including the type of non-Socialism socialism that is generally making Scandinavian citizens apparently far happier (according to global happiness surveys) than their American fellow democrats.

However, to expect capitalists and not government to solve this would be silly. The greedy impulses of capitalists are what created the problem in the first place, after all. 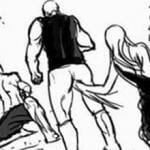 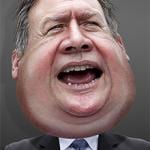