“This budget at its core is about educational freedom.”

It’s code. What’s it’s really about is the purported “freedom” of mostly Christian religious believers in America to send their kids to private, mostly Christian, religious schools, and have U.S. taxpayers subsidize the cost.

This quote above by U.S. Secretary of Education Betsy DeVos, a longtime fundamentalist Christian activist, appears in a press release disseminated March 11 by her Department of Education summarizing President Trump’s plans to chop $7.1 billion off the department’s budget next year.

The “freedom” of which Secretary DeVos speaks only relates to Americans who think that if the U.S. government (i.e., all taxpayers) won’t pay for the religious indoctrination of their children, it’s somehow an infringement on their liberty.

Never mind that the U.S. Constitution’s “establishment clause” and the clear intent of the Founding Fathers was that the federal government (and also state government, modern courts have ruled) should not unduly accommodate religion and that it should keep church and state separate.

The Founders’ foresight is clear, considering that in 2019, roughly a quarter of Americans are identified by demographers as “nones” (people with no religious affiliations), including a significant percentage of atheists and agnostics. Requiring the nonreligious and nonbelievers to pay for the religious indoctrination of others’ kids would be a travesty of our secular republican ideals.

Still, Christian evangelicals have for years and continue to relentlessly try to insert their doctrines, icons and imagery into the body politic through disingenuous “after-school clubs,” public memorials with Christian crosses, “Ten Commandments” displays on government grounds and buildings, and “In God We Trust” on U.S. currency, state license plates and seals, and in schools. Legislatures have even tried to rewrite history to conform to biblical precepts. Previously, I have posted about public memorial crosses, school religion clubs and “In God We Trust” misuses.

The so-called “school choice” movement in recent years, spearheaded by wealthy activists like DeVos, is manifestly a “religious-school choice” movement, considering that private Christian schools are far and away the educational institutions selected by parents in utilizing so-called school “vouchers” or “scholarships” allow tax money to pay for private tuition.

A 2016 report on the negative effect of vouchers on public schools in the online news site Ourfuture.org, noted:

“First, there is the issue of church and state separation. All research shows that most of the money voucher programs redirect from public schools to private institutions ends up going to religious schools. In D.C., 80 percent of voucher users attend religion-based private schools. North Carolina’s relatively new voucher program sends 93 percent of its money to faith-based schools. Due to voucher programs, in all their forms, ‘religous schools actually are receivig large amouts of goverment money,’ David Berliner and Gene Glass explain in their book, Myths & Lies that Threaten America’s Public Schools.”

Underhanded “workarounds” are also accommodated by “ideological courts” and legislatures in states to allow “unwitting funding” of religious instruction and passing laws that allow funding of religious schools by people and corporations to be tax-deductible, Myths & Lies contends.

“Voucher programs that redirect money to private religious schools are in clear violation of the federal Constitution’s establishment clause and state constitutions’ Blaine Amendment language, but the programs continue to proliferate and expand nevertheless,” Ourfuture.org reported.

Ourfuture.org reported in 2016 that voucher-type programs “are now prominent features in education policies in about a third of the states in the country, siphoning billions of dollars from public service budgets.”

The Department of Education exclaimed in its news release that the proposed new budget would give students, parents, teachers and leaders “the freedom to break free of the one-size-fits-all ‘school system.’”

But what it really means is freedom to break free of the secular public-school system in favor of religious “education.”

That they’re not saying this transparently is dishonest, dishonorable and sneaky, much like this administration in general.

The good news? It’s unlikely to pass through Congress in its present form. 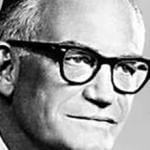 March 14, 2019
Barry Goldwater predicted not a Blue wave but a Christian one
Next Post 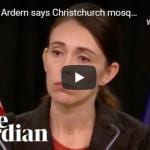