Citizens of the United Kingdom, already generally far more secular than their American “cousins,” have grown exponentially even less religious in the past few years, according to a new report from the Humanists UK.

In its April 9 newsletter, the organization reported that the number of Britons — citizens of England, Scotland, Wales and Northern Ireland — “increased by a staggering 46 percent over the past seven years, making non-religious people the fastest growing group in the country.”

The newsletter said nearly 8 million more Britons today claim no religious affiliation than did in 2011, quoting new data from the U.K.’s Office of National Statistics (ONS).

Because the data is unsummarized, it’s difficult to double-check and verify the accuracy of Humanists UK’s report, but the organization’s recent newsletter claims track trends confirmed in other reputable reports in recent years.

For example, the website of the news group the Independent reported in September 2017:

“The number of Britons who say they have no religion has hit a record high, new data has revealed. More than half of the British public (53 per cent) say they are not at all religious – a figure that has increased by five percentage points since 2015 and by 19 percentage points since 1983, when just three in 10 people deemed themselves non-religious. The news has prompted fresh calls for the Government to cut the amount of public money going to the church and reduce its influence in society.”

The nonreligious proportion then was even higher — 71 percent — among young people aged between 18 and 25, the BBC noted in a separate report. People 25-34 are less religious still, at 75 percent.

When the 2017 data was released, Humanists UK contended it was thus “meaningless” for the Church of England to remain the “national legally established church,” considering that it lost 100,000 members from 2006-2016 and that its membership continues to fall.

“How can it be right that 97 per cent of young people today are not Anglicans, but some 20 per cent of the state schools to which their children will go belong to the Church of England?” Humanists UK Chief Executive, Andrew Copson told the Independent. “More generally, how can the Church of England remain in any meaningful sense the national legally established church, when it caters for such a small portion of the population?”

When the nonreligious trendline began to show brightly in 2017, the Church of England hierarchy chose to spin the news. The BBC quoted the Bishop of Liverpool as saying that, despite the downturn, God and the Church “remains relevant” and that saying “no religion was not the same as considered atheism.”

Nonetheless, the data shows the faith’s relevance is clearly at risk if not already nearly obsolete as a national force in the U.K.

American citizens are still more religious than their British counterparts, with about 70 percent of the populace identifiying with Christian denominations, Catholic and Protestant, but it used to be more than 90 percent in the last century. Today, nearly a quarter of Americans claim no affiliation with any religion, including atheists and agnostics, and the number has been surging in recent decades.

But the trendlines strongly indicate that a large majority of both Americans and Britons likely will be nonreligious one day, sooner rather than later. 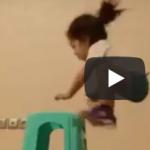 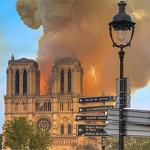 Trump Lies About House Wanting Bolton to Testify
Trump has a brand new lie he's repeating like a mantra, along...
view all Nonreligious blogs
What Are Your Thoughts?leave a comment
Copyright 2008-2017, Patheos. All rights reserved.