A government-funded, purportedly Christian social services agency in South Carolina recently turned away a woman seeking to volunteer with foster children because, as a Catholic, she was not an evangelical Protestant.

And we thought the Middle Ages and Protestant Reformation were long past.

The woman — mother of three Aimee Madonna — was rejected by Miracle Hill Ministries in an act of religious discrimination, the religious-freedom watchdog group Americans United for Separation of Church and State (AU) reported in a press release earlier this year.

“It was demoralizing to hear we are not good enough because we aren’t the right kind of Christians. It was difficult for my family, of course, but at the end of the day my kids still have parents,” said Madonna. “These foster children need and deserve to have someone looking out for them – and the government is taking that away. They don’t have moms at their football games, or Christmas morning fights with their siblings, or Sunday night dinners around the table. These children are still in an institution. That isn’t right, it isn’t fair and it isn’t necessary.”

Calling the rejection “unconscionable — not to mention unconstitutional — a recent AU press release noted that,

“After learning that she and her family are Catholic, the agency told her it will only work with evangelical Protestants. Not Catholics, not Jews, not people of any other faith .. not her.”

AU pointed out that this January the U.S. Department of Health and Human Services (HHH) enacted a policy authorizing all state and federally tax-funded foster care agencies in South Carolina “to reject parents and volunteers who are not aligned with their religious beliefs.” Or non-religious beliefs.

In February, AU filed a federal lawsuit aimed at stopping South Carolina from such religious discrimination.

“Instead of denouncing this discriminatory practice, the Trump administration and South Carolina Gov. Henry McMaster doubled down, sanctioning the government-funded religious discrimination,” AU said in a press release. The release continued:

Maddonna v. U.S. Department of Health and Human Services, the federal lawsuit filed Feb. 15 in the U.S. District Court for the District of South Carolina, argues:

“We refuse to ever let this country return to the days of ‘no Catholics or Jews allowed,’” AU said, explaining its decision to sue. “Instead, we have to keep fighting to reject the Trump administration’s regressive political agenda that weaponizes religion to harm others … even children.”

“At its heart, this case is about two of our country’s most sacred principles: defending religious freedom for all and protecting vulnerable children. … “This case isn’t just about Aimee’s family, those like hers, or foster kids in South Carolina – though that would certainly be enough. It’s about the very real threat of our government authorizing religious discrimination with taxpayer dollars nationwide.” 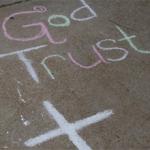 April 27, 2019 Atheist humor: Having whimsical fun with the faithful
Recent Comments
0 | Leave a Comment
Browse Our Archives
Follow Us!