Can a Jew also be an atheist? Can a Muslim? A Christian?

In the United States, discussions among atheists generally involve people who have been raised in Christian families, because nearly 70 percent of the populace still self-identify as Christian.

So, it was fascinating to watch this 24-minute Atheist Republic video — “Israeli Atheists Discuss Jewish Identity” — in which a couple of young Israeli men who run the Hebrew-language podcast site The Common Atheist (Ben and Elon) explain their unbelief to an Iranian atheist interviewer.

I learned yet again that atheism is in one sense exactly the same everywhere, yet in another sense distinctly unique when each nation’s diverse history, culture and religion come into play.

In the video, Ben explains the difficulties of spreading atheistic ideas in the Jewish state of Israel and why he and Ben started podcasting about the topic. Ben noted in the interview that they wanted their podcast to bring discussions to Israelis about religion’s false supernatural doctrines and about atheism’s rational views, but in Hebrew, because such fare is generally in English around the world, including in Israel.

“There’s also the problem of, even though you’re free to talk about whatever you want, people, generally speaking, even secular people, don’t go out saying they’re atheists. You don’t hear that very often. They can be completely secular, you know, they won’t eat kosher, they will not maintain the Sabbath, but if you ask them, do you believe in God, well … they won’t say the word ‘atheist,’ and we’re trying to get [them to say it]. To normalize it, to get it out of the closet.”

Below is a partial transcript of the video interview, illustrating the vexing complexities of embracing atheism in different cultures. (I’ve tried here, for clarity, to limit repetitiveness and to resolve confusing sentence constructions inevitable when people are speaking in a second language.)

Elon: I was always an atheist, I guess. I was more secular, but atheism has become a big part in the last year and a half. Since my daughter was born I decided that I want this country to be a better country for her, and I think [atheism is] the way to go.

Ben: Unlike Elon, I actually grew up in a very traditional [Jewish] household. Until about a year ago I still kept the kosher laws, you know, and five years ago I stopped believing in the existence of a God, and nowadays this is probably the biggest idea that I think we should promote in our society.”

Ben: Because here in Israel it seems that the religious discussion is taking over every other discussion, be it education, be it security, be it politics, be it anything else. We should be talking about how we create and how we manage all these aspects of our lives without the need for a belief in supernatural fantasies.

Elon: I’d even go a step further and say that I really believe that if there were no religion, if we weren’t Jewish or Muslim or Christians, we wouldn’t need an army in Israel, right? The reason that our sons and daughters go to wars and die is because the core of it is religion. This land is ours, no it’s ours. Whoa, right? If there was no religion we would not need to go to the army. So for me that’s a good enough reason to stop this.

Interviewer: You’re both atheists, right? But are you Jews?

Elon: That’s a tricky question. I am a Jew because my parents are Jews.

Ben: Yes, I am a Jew because I have a shared history with anyone else who is a Jew, in my opinion.

Elon: For any practical purposes, I’m not a Jew. So I don’t necessarily consider my history that interesting … well history is interesting generally speaking, but Jewish history isn’t more interesting than any other people’s. So the only reason I consider myself a Jew is because I was born Jewish.

Interviewer: What does it mean to be a Jew?

Elon: My answer’s the same. For me, it’s being born [in a Jewish family].

Elon: I don’t want to say “blood” because that sort of puts us in a different rabbit hole we can go down..

Interviewer: But if I tell you I believe in God, but I want to identify as an atheist. You think that’s ridiculous, right? That’s a contradiction. And if I say I don’t believe in God, I don’t think Muhammad was the prophet of anything, but I [want to] identify as a Muslim, you’re like, man, that doesn’t make sense, right? So if you guys are atheists, what is it that makes you guys [also] a Jew. So, if it’s not blood, is it culture? Is it just your parents and that’s why you’re a Jew? If it’s not that, what are you talking about then?

Elon: It’s … my parents [believing in Judaism], so that’s why I was trying to avoid the “blood” being right. These are my parents, they are Jewish, [so] I am Jewish. If they were anything else, I’d be that. It’s not a matter really of tradition or culture or history.

Interviewer: But for you, [Ben], it is culture?

Interviewer: So how is it that when you are an ex-Muslim you have that shared [Muslim] history, you went through that culture, but when you leave it you’re no longer a Muslim. So why is it with Judaism that you stayed being a Jew?

Ben: I’ll tell you why: because our state is too young. It’s a matter of semantics. Our state is too young … to say that. We are Israeli, you know. If a Muslim wants to say, I don’t believe in God so I’m not a Muslim, but he’s an Arab from any other Arab country, what does it mean? To say Israel is around 70 years old, what does that mean to say you are Israeli? It doesn’t mean anything. Thirty or 40 years ago it barely meant anything; now it means a little bit more, because it really meant “Jew” immediately, and nowadays we’re coming to a point where it might not.

Interviewer: So your definition of a Jew is a new thing, because [before] we didn’t have Israel?

Ben: Exactly. Maybe back in the day [before Israel] if you didn’t believe in God you couldn’t be Jewish, I don’t know. (Ben appears to be saying that he believes in modern Israel an Israeli citizen of Jewish background can choose to be an atheist, discarding the Judaic faith, and still be an Israeli.)

Elon: As far as I know, according to Judaism you can’t undo yourself, right? You cannot say, I’m not a Jew anymore. This has nothing to do with Israel, right?

Interviewer: Based on all my time in Israel talking to other people, I found four definitions of what it means to be a Jew. And they’re not very related to each other. The fourth one is the newest one. The first one is religion, the second one is culture, the third one is ethnicity, and the last new one apparently is being an Israeli. If it is that, do you think Arab-Israeli citizens are Jewish?

Ben: Because I say that Judaism is a form of shared history, then, you know, essentially Arab Israelis given enough time … might be able to say that they are Jewish, I mean, because they’re in the Jewish state, right, and we have a shared history, and then they are citizens.

Elon: So, I find it very hard to separate those first three ones. The last one is a bit different. But tradition, history and religion — and pretty much the core of it is belief in God, right — and if you didn’t believe in God, or originally the people who started it didn’t believe in God [then] the history and culture would not be considered Jewish, right? So once you detach yourself from those three, there’s not much left. So, that to me [means] you can’t say I’m a Jew just for the culture.

Interviewer: So, given that, if you [remove] religion …

Elon: That’s what I said, for any practical purpose I’m not Jewish.

Interviewer: So you guys disagree on this.

So, nothing is cut and dried in an environment of differing religions — sometimes even the same religion — or in the deep effects of time and culture on belief and attitude.

I urge you to watch the whole video to see how complex culture infused with religion can be, and how despite those differences people can interact with civility and even affectionate camaraderie if their shared grounding force is rationality, not fantasy. 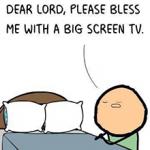 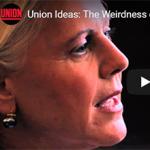