The number of Americans who claim no affiliation with a religion has soared 266 percent in the last 27 years, and “Nones,” as the religiously untethered (including atheists and agnostics) are often called, now comprise 23.1 percent of the U.S. population, more than either Catholics (23 percent) or Evangelicals (22.5 percent), according to a new University of Chicago General Social Survey.

That means Nones are now more numerous than any single religious group in America, if only slightly.

Meanwhile, survey results show mainline Protestant Christianity in the U.S. has experienced a 62.5 percent plunge in number of adherents since 1982, and they now make up only 10.8 percent of the population, according to the United Kingdom-based online news site Daily Mail.

“Over the last 30 years, there has been a mass exodus out of organized religion in the United States. Each year the needle has only moved a little bit, but over the long-term what we have witnessed has been nothing short of a seismic shift.  Never before in American history have we seen such dramatic movement away from the Christian faith, and this has enormous implications for the future of our nation.”

“One of them is that many people used to lie about what they were,” he told DailyMail.com. “Many people were (always) atheist or non-religious, but it was previously culturally unacceptable to not have a religion in America.

Burge says America is likely to become increasingly less religious in coming years, following a trajectory similar to Europe’s most developed nations, including in Scandinavia.

“The big questions is what next in terms of what religion is going to look like in America,” Burge said. “Secularization theory argues that as countries become more industrialized and prosperous then the throwing off of religion becomes more normalized.”

In effect, he said, mainline Christianity “is dying” in the U.S.

Durden in his Zero Hedge article warned that young adults are exerting the most pressure on declining American religiosity. He reports that two-third of young people say they stopped going to church between 18 and 22 years old, referencing a new LifeWay survey that caters to church leaders. The Public Religion Research Institute (PRRI) reported several years ago that 39 percent of young adults self-identified at the time as “Nones,” compared with 10 percent during U.S. Presidenjt Ronald Reagan’s second term.

“These are the exact same patterns that we saw happen in Europe, and now most of those countries are considered to be “post-Christian societies,” Durden writes.

All of this bodes ill for not only Christian churches but also Republicans, Darden contends:

“Politically, these trends indicate that America is likely to continue to move to the left.  Those that have no religious affiliation are much, much more likely to be Democrats, and so this exodus away from organized religion is tremendous news for the Democratic Party.”

DailyMail.com quoted one pastor whose flock was precipitiously declining, as are church congregations throughout the West:

“My church is on the decline. We had 50 (congregants) in 2005 and now we have 15. We’re probably going to have to close (in a few years). Mainline Christianity is dying. It’s at least going away. It makes me feel more comfortable that it’s not my fault or my church’s fault. It’s part of a bigger trend that’s happening.” 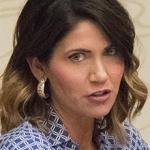 April 8, 2019 Why no dinosaurs today? They didn't get Noah's memo.
Recent Comments
0 | Leave a Comment
Browse Our Archives
Follow Us!