In my view, yesterday’s raging fire at Paris’ iconic Notre Dame cathedral was a metaphor for the Catholic church in abrupt decline and for the emotive power of religious imagery.

As I — a long-fallen Catholic and atheist — watched bright-orange flames engulfing large parts of the gorgeous, historically significant cathedral, I was deeply alarmed and saddened.

Of course, I view as tragic any destruction of such a sublime example of Gothic architecture, by war, arson, accident or neglect. But, I also must admit to a special, ethereal emotion attending the physical devastation of religious buildings that so spectacularly embody centuries of Western history.

Saints and sinners alike harbor yearnings for the divine, I believe, not because such netherworlds exist but because this capacity evolved, as does every human trait, for a once-essential purpose that today may be completely obsolete to our species. Yet, we believe — or sense something far beyond our capacity to confirm it.

I had that kind of feeling — What was it? Spiritual? Soulful? — as I stood in the soaring, uncannily uplifting nave of architect Antonio Gaudí’s La Sagrada Família Basilica in Barcelona, Spain, a few years ago. Begun in 1882 but still under construction, Gaudí’s basilica is hands-down my favorite building in the world, next to maybe Frank Lloyd Wright’s “Fallingwater” house in Pennsylvania.

Looking upward in the center of the church, tracing with your eyes the rising columns that are actually branches of stylized trees that curve toward the ceiling, you actually feel as though you might levitate heavenward. A reverse verdigo.

Believers in God might experience this as natural, proof of the awesome attractive power of the divine. But as an atheist, I experienced it as a triumph of one man’s understanding of a powerful human yearning that knows no name or location. An artifact of our primordial development, whose purpose is now long forgotten.

So, we instinctively look upward, and beyond.

The rising, curving interior columns of La Sagrada Família stimulate those impulses, at least for me.

Therefore, we can indulge in a “religious experience” that is at once devoid of supernatural essence but achingly full of humanity — or, as the French say, humanité.

That is why generally secular Parisians wept as they watched the flames rise from Notre Dame’s splendid façade, and its uppermost spire engulfed in fire and finally topple.

They cried for what was being lost that day, what had been lost to faith for centuries before and gained for France and history, and a sense of foreboding about the future.

But President Emmanuel Marcon in a national address Tuesday promised his countrymen that the iconic medieval palace of worship would be restored within five years.

“We will rebuild Notre Dame Cathedral even more beautiful,” he assured his people.

So life will go on, he implied. Better than ever. 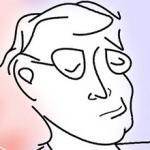 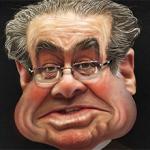 April 17, 2019 Can religiously devout judges ignore God in their decisions?
Recent Comments
0 | Leave a Comment
Browse Our Archives
Follow Us!

Dershowitz Calls Cooper, Toobin 'Bullies' for Pointing Out...
Trump lawyer and defender Alan Dershowitz has totally flipped his position on...
view all Nonreligious blogs
What Are Your Thoughts?leave a comment
Copyright 2008-2017, Patheos. All rights reserved.