The city of Portland, Oregon, on February 27 became the second city in America, after Madison, Wisconsin (in 2015), to pass an ordinance extending discrimination protection to religious nonbelievers, including atheists, agnostics and the religiously apathetic.

Such an anti-discrimination law may seem unnecessary to some but not if one considers that among all religions prevalent in America, atheists rank alongside or below Muslims — who often evoke thoughts of Islamic terrorism among U.S. citizens. The antipathy of older Americans (50+) is most pronounced, and it is still low but with somewhat less antagonistic among the younger set (ages 18-49), according to a 2017 report by Pew Research Institute.

(The video above, in which creationist Ken Ham disses the Portland ordinance, gives a good idea of how Christian evangelicals view civil rights for nonbelievers)

It’s an unsurprising vote in Portland, which is “the most religiously unaffiliated metro area in the nation, with 42 percent of the city and surrounding suburbs self-identifying as religiously unaffiliated,” according to a 2015 study by the Public Religion Research Institute (PPRI) as reported by Freethought Today, the magazine of the Freedom From Religion Foundation (FFRF), based in Madison, WI.

“The proposed changes to our civil rights code may seem like a minor tweak, but they are significant for the many, many Portlanders who identify as nonreligious,” council Commissioner Amanda Fritz said. “Remarkably, I have not received one email against this proposal.”

Cheryl Kolbe, president of the Portland area FFRF chapter and a member of the organization’s national board, testified earlier in February before the City Council in favor of the ordinance, explaining.

Kolbe in her address to the council, stressed that courts haven’t always supported protections for nontheists, as they have for believers, although many court decisions have. But she said,

“In the real world, opinions change, judges are replaced This should not be left to the interpretation of the courts.”

In a somewhat tongue-in-cheek article in liberal Mother Jones magazine, writer Kevin
Drum, himself an atheist, said things started looking up a little for nonbelievers when the Pew report came out in 2017. He wrote:

“Oldsters still dislike atheists even more than they fear Muslims, but it’s a close call. Pretty soon, every age group in America will hate someone else more than they hate atheists. Thrilling, isn’t it? On a more serious note, Pew also reports a rather astonishing increase in warmth toward all religious groups among Americans. Apparently we hate other people’s religions a little less than we did in 2014. Progress.”

For levity, he added:

“Also, no one is trying to ban atheists from entering the country. The good news just keeps pouring in for us godless heathens.” 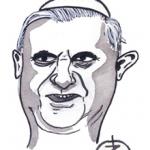 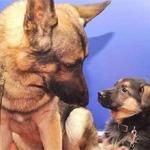 April 12, 2019 What do dogs think about Thanksgiving? This sounds about right.
Recent Comments
0 | Leave a Comment
Browse Our Archives
Follow Us!

What in the World is a 'Spiritual Director?'
Today, let's find out what a spiritual director is, how to become...