The good news is that the report was somewhat easy to miss at the bottom of Page 3 of my local newspaper here in South Dakota.

The bad news is that the story was about our new governor, Kristi Noem, officially declaring today — Sunday, April 7 — as a “Statewide Day of Prayer” for the state’s residents who have been adversely affected by recent flooding.

“In the last few weeks, South Dakota has been impacted by extreme weather and severe flooding. … I am asking South Dakotans to join me in praying for the well-being of our state, … By the grace of God, our communities will emerge from this challenge stronger than ever.”

Actually, the state will recover from the crisis only by dint of citizens’ foresight in contingency planning before the event and intelligent labor applied in the aftermath.

The article in my hometown paper did, however, have news that people could actually use: encouragement to use the 211 phone number to get civic assistance or info, and website for flood-recovery resources, sdresponse.gov/flood.

Apparently, this pro-praying trend may be going viral here in the Great Plains. As I reported in a recent post — “Saudi Arabia officially prays for rain. Nebraska prays after.” — Nebraska Gov. Pete Ricketts also declared today as an official prayer day for his state.

Of course, the recent quick thaw of winter’s thick ice inundated farmers’ fields, roadways and other expanses of the Midwest prairie landscape, flooded homes, and destroyed bridges and culverts. It poses a difficult-to-reverse, sometimes expensive and always destructive result of Mother Nature doing her thing.

However, there’s zero evidence that praying to invisible beings will solve anything except to falsely calm the rattled psyches of people who believe in such things in the first place.

But there it is, two elected American governors favoring religion who have sworn to uphold the Constitution’s edict that government won’t do anything to favor a religion. They may argue that praying is not favoring a religion, but not all religious people pray and many Americans — about a quarter of the population at last count — are nonreligious, including atheists and agnostic, and do not worship or pray to any deity.

So favoring any supernatural religion is arguably unconstitutional, and in the U.S., where 70 percent of the population still self-identify as Christian, the governor’s call for prayer is primarily directed at Christian believers. This ignores the rest of us, who are thus marginalized.

Clearly, this is not what Thomas Jefferson et al. had in mind when founding our secular democratic republic. In a 1787 letter to Peter Carr, Jefferson famously wrote:

“Question with boldness even the existence of a god; because if there be one he must approve of the homage of reason more than that of blindfolded fear.”

When the governors of Nebraska and South Dakota exhort their states’ citizens to pray against Mother Nature, they are assuming for them by proxy the confirmed existence of a divinity. No such confirmation exists, as nonbelievers have already figured out.

Gov. Noem has a long history of Christian evangelicalism, including reading scripture and praying on the floor of the U.S. Capitol during National Prayer Week (watch the embedded video in this post of her presentation at the Capitol in 2017).

On the day after Noem’s Jan. 5 inauguration as governor, she invited all South Dakota lawmakers to a morning prayer and worship service at the Capitol Rotunda in Pierre. She referenced prayer in her inaugural address.

This is not representing all the people she governs in South Dakota. It’s only representing the religious ones. 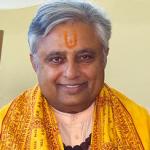 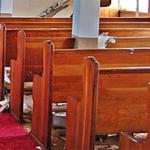