Such bald-faced deceit may be appallingly routine in this administration, but its import is different for Sanders, an aggressively committed evangelical Christian for whom such disingenuity should be scripturally abhorrent.

One would think Christians are supposed to eschew any form of lying as a moral imperative. But not only did Sanders lie in her official White House capacity in briefing the news media (and, thus, the American people), she grandly exaggerated the contours of the lie and later denied she did it. That was even after her deceit was revealed in special counsel Robert Mueller’s newly released report on Russian election meddling and the behavior of President Trump and his administration.

If you’re an authentic Christian, as Sanders is, such knowing, destructive dissemination of disinformation for political goals should be understood as patently indefensible.

“What does the Bible say about deceit? It is very clear in the Bible that deceit is an act that God hates. There are six things that the Lord hates, seven that are an abomination to him: haughty eyes, a lying tongue, and hands that shed innocent blood, a heart that devises wicked plans, feet that make haste to run to evil, a false witness who breathes out lies, and one who sows discord among brothers.” (italics mine for emphasis)

Yet, Page 284 of the Mueller report reads:

“In the afternoon of May 10, 2017, deputy press secretary Sarah Sanders spoke to the President about his decision to fire [FBI Director James] Comey and then spoke to reporters in a televised press conference … Sanders said, ‘Look, we’ve heard from countless members of the FBI that say very different things’… Sanders told this Office that her reference to hearing from ‘countless members of the FBI’ was a ‘slip of the tongue.’ She also recalled that her statement in a separate press interview that rank-and-file FBI agents had lost confidence in Comey was a comment she made ‘in the heat of the moment’ that was not founded on anything.”

In other words, she with malice aforethought made it up, invented it, to validate Trump’s controversial decision to fire Comey. In one word, she lied.

She was defiant, not contrite, when she went on a damage-control blitz of news-media outlets starting the day the Mueller report came out. Among her explanations, according to an April 19 report in Mother Jones:

“Look, I acknowledged that I had a slip of the tongue when I used the word ‘countless’— but it’s not untrue,” she told Sean Hannity in a Fox New interview. “Certainly you just echoed exactly the sentiment and the point that I was making, is that a number of both current and former FBI agents agreed with the president. James Comey was a disgraced leaker who tried to politicize and undermine the very agency he was supposed to run.”

So much for turning the other cheek.

Then on Friday, there was this exchange with ABC’s George Stephanopoulis, who after playing a video clip of the falsehood, said:

Stephanopoulis: “That’s not a slip of the tongue, Sarah. That’s a deliberate false statement.”

Sanders: “Actually, if you look at what I’ve said, I said the ‘slip of the tongue’ was in using the word countless. But there were a number of FBI, both former and current, that agreed with the president’s decision. And they’ve continued to speak out and say that. It was the heat of the moment, meaning that it wasn’t a scripted talking point. I’m sorry that I wasn’t a robot like the Democratic Party that went out for two and a half years and stated time and time again that there was definite Russian collusion between the president and his campaign.”

Keep in mind here that she told Mueller’s team — under oath and penalty of perjury — that it was, in fact, “not founded on anything.”

The views she expressed in a 2018 Christian Post article may help explain the apparent disconnect between biblical injunctions against deceit and how Sanders personally behaves. The article, referencing an article in The New Yorker magazine, reported that Sanders “has defended her work for U.S. President Donald Trump as a Christian, insisting that the basis of the faith is that ‘we are all sinners.’”

“I’m not going to my office expecting it to be my church. Frankly, if people of faith don’t get involved in the dirty process, then you’re missing the entire point of what we’re called to do. You’re not called to go into the places where everyone already thinks like you and is a believer — you have to go onto a stage where they’re not,” Sanders said in response to a question about the porn star allegations. You have to take that message into the darkest places, and the dirtiest places, and the most tainted and dysfunctional places. If you can influence even one person, that’s what you’re supposed to do.”

So she’s trying to redeem Donald Trump with lies?

When real Christians early in the first millennia gladly, even joyously embraced death in the jaws and claws of lions in Roman amphitheaters rather than offend their Lord, Sara Sanders only appears willing to sacrifice the truth.

But since “God wanted Donald Trump to be President,” as she has claimed, all bets are apparently off on the petty piety stuff. 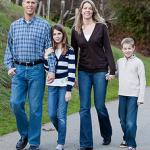 April 20, 2019
To atheist political candidates: Come on in, the water’s fine now.
Next Post 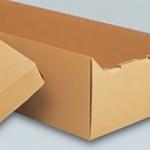 April 22, 2019 The changing American way of death: ‘Life’s not fair, get over it’
Recent Comments
0 | Leave a Comment
Browse Our Archives
Follow Us!