New book argues that only Judeo-Christianity can save mankind

Unfortunately, the intellectual blessings of the Enlightenment still elude a lot of people in the 21st century, even — doubly disappointingly — prominent shapers of public opinion such as Ben Shapiro.

The theme of Brainwashed follows the same by-now-familiar conservative trope that American universities are liberal bastions that “brainwash” students to mistrust and disrespect our society’s traditional values and beliefs. He willfully misinterprets the goal of public higher education in the U.S., which is to teach students to question everything robustly, especially their most closely held traditional opinions and values and those of their predecessors.

Arguably, that should be the whole point of a so-called liberal education — meaning broad, not politically liberal — to widen intellectual horizons not narrow them with hidebound, traditional constraints.

‘The Right Side of History’

Shapiro’s latest book, The Right Side of History: How Reason and Moral Purpose Made the West Great, published late last month, doubles down on the contention that more God, not less, is needed for Western civilization to robustly survive.

In his sharp but fair review of The Right Side in the e-zine Quillett, Jared Marcel Pollen opines that the book,

“… relies heavily on the Miltonian conceit [from John Milton’s epic poem Paradise Lost] that the use of Reason alone, absent God’s moral law and universal will, dooms us to live in the abyss. And, like Milton, Shapiro’s attempt to demonstrate that secular civilization needs to rekindle the Judeo-Christian teachings upon which it is based, inadvertently shows us why we were right to leave them behind in the first place.”

As Pollen points out that the book “dramatizes” one of the central philosophical questions of the 17th– and 18th-century Enlightenment: How can God’s supposed goodness and omnipotence be defended when evil exists so profligately in the world?

Pollen said the Enlightenment contest “would clearly demarcate the intellectual and moral boundaries between the traditional religious morality of some thinkers and the emergent secular ethics of others.”

This intellectual conflict birthed modern notions of secular humanism, which helped drive a precipitous modern decline in religiosity in Western Europe and a more recent surge away from religion in America.

The resilience of religion

But religion, particularly Christianity, which is still dominant in the West, has been nothing in history if not resilient, frequently rising from the ashes of apparent oblivion to dominate again. In America alone, a series of religious revivals from the 1800s to the 1950s springboarded traditional Christian faith to a new and energized relevance.

However, religious piety in the U.S. is fairly rapidly heading south at the moment, with nearly a quarter of Americans self-describing themselves as religiously unaffiliated or uninterested, atheist or agnostic. Shapiro seems to believe that all that’s needed to turn everything around is a good turbo-charged dose of Judeo-Christian revivalism.

Pollen writes that Shapiro’s argument is that “Judeo-Christian moral law and Greek scientific reasoning” are the “twin pillars of Western society,” and that knocking out either would lead to societal collapse. As evidence supporting his hypothesis, Shapiro points to what happened after the Nazis supposedly “rejected Judeo-Christian values and Greek natural law, and … shoved children into gas chambers.”

Except that the Nazis, including Adolf Hitler, actually considered themselves Christians. Indeed, “Gott Mit Uns” (“God With Us”) was embossed on the buckles of soldiers in the German army, the Wehrmacht. Keep in mind also that Germany was the birthplace of Martin Luther, the igniter of Protestantism and the Reformation.

Shapiro then noted the Soviet Union’s similar supposed rejection of Judeo-Christian values and natural Greek law, “and they starved and slaughtered tens of millions of human beings.”

Except neither official Soviet atheism nor classical notions of “natural law” had anything to do with that historical catastrophe, which neither religion nor fealty to Aristotle et al. would have stopped. It was simply the wages of despotism.

It should also be pointed out here that religion and Greek sages could also not stop the Crusades, the U.S. Civil War, and World Wars I and II, in each of which fervent religion and better weapons created by science played a central role.

‘Reason’ and the Church

Pollen says The Right Side nonetheless avoids the “obvious hostility the church showed intellectual inquiry for centuries,” and the Holy See in Rome only encouraged scientific investigations when they “could reinforce and expand its own doctrine.”

In fact, from St. Augustine of Hippo onward, the Catholic Church only tolerated philosophical and scientific innovation as a function of proving, ostensibly with “reason,” the veracity of Christian doctrines, not challenging them.

But “reason” in the minds of Thomas Aquinus and other intellectual giants of church history was only the narrow, quasi type of “reason” that fully accepted the undeniable existence of a personal God and His heavenly realms long before they put their pens to paper to prove it.

It never seemed to occur to them that human goodness, and evil as well, were already deeply baked into the human species, and that invisible beings as far as we know had nothing to do with either of them. 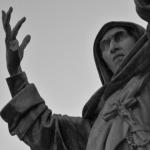 April 1, 2019
Is Justice Neil Gorsuch a ‘Bonfire of the Vanities’ guy?
Next Post 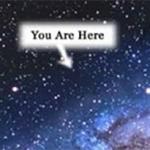 April 2, 2019 Think you’re special? A dime-sized spot in the sky proves otherwise.
Recent Comments
0 | Leave a Comment
"Perhaps the poll authors need to reexamine their assumptions, or at least consult an actual ..."
HematitePersuasion Christian lawmaker group’s poll (unexpectedly) goes ..."
"Is it okay if I point and laugh?"
WMDKitty -- Survivor Christian lawmaker group’s poll (unexpectedly) goes ..."
"Part of his theocratic mentality is that his rant against “militant secularists” is a sanitized ..."
Carstonio Fortunately, lots of people think what ..."
"Yes, he should be disbarred, and resign."
Rick Snedeker Fortunately, lots of people think what ..."
Browse Our Archives
Follow Us!