I like to think that since the medieval Enlightenment, humans have become akin to geese on a gradually warming planet who one fine year realize winter will not arrive.

The problem for geese in this thought experiment is what will they do with their pesky migratory instinct in a new climate paradigm that makes migration unnecessary? Do they fly south just because that’s what they’ve always done or stay put because there’s no compelling reason not to, besides primordial instinct?

To apply this metaphor to people, when the revolutionary innovations of the 17th– and 18th-century Enlightenment emerged — science, religious skepticism and humanism — it shook European peoples’ deeply engrained, almost instinctual ancient need to believe in omnipotent divine beings and realms, as they had for millennia.

In a disruptive wave, Enlightenment advances, particularly in science, strongly indicated that the ephemeral claims of ancient Christian holy books that ruled Europe’s assumptions at face value at the time might very well be fictions. In fact, the era implied that all supernatural ideologies might be moot. So, what’s a human being to do? Not much, it turns out.

One of the more earth-shaking discoveries at the time for the monolithic Catholic Church was that earth was demonstrably not at the center of the universe, around which all heavenly bodies, including the sun, revolved. Pioneering Italian astronomer Galileo Galilei, with his much-improved telescope and building on what Polish astronomer Nicolaus Copernicus had more quietly surmised more than a century before, found that the earth, in fact, revolved around the sun and not vice versa as the Bible falsely insisted.

This was a blow to Christianity’s solar plexus, it’s gut, so to speak, because the entire faith fell into question if something as essential to Catholic doctrine as the centrality of earth in the universe and, thus, God’s overarching favor for mankind, were proven fundamentally false.

In other words, if Galileo was right, as Church leaders at the time were all too aware, Christian doctrine, the bedrock of all moral and even much temporal authority in medieval Europe, could also be disputed as untrue. A ghastly mistake for the ages.

So, as geese wait for winter that never comes in my thought experiment, uncertain what to do next, devout Christians after the Enlightenment waited fitfully for someone to prove that the science’s cataclysmic discovery was somehow mistaken or irrelevant to God and that they could then continue their accustomed lives believing in the realness of chimera.

Well, in America anyway, considering that some 70 percent of the population still worships the personal God of Christianity in the 21st century, many people have stopped waiting for all intents and purposes. They continue to effectively ignore what the concrete realities discovered and time-tested by science and rationality strongly imply — that the existence of supernatural beings of any kind is infinitely unlikely.

Unlike geese, however, who are unable to rationalize what’s going on in their lives and make fundamental choices based on reason rather than instinct (if it’s never cold enough, the urge to fly south might never occur), human beings are master rationalizers.

Therefore, even though a supernatural being has never irrefutably appeared on earth, nor has a human being returned from a journey to a netherworld to enlighten us, our species, Homo sapiens, is still fervently and largely in thrall to these imaginings and convinced of their actuality.

I was thinking of these things again after reading a very interesting article in Skeptic magazine titled “Why the human-centered view has not served us well.”

Since the Enlightenment, scientists have routinely tried to explain the importance of viewing reality through a material rather than surreal lens. As late renowned American molecular biologist S. Jonathan Singer (1924-2017) once wrote:

“Only the scientific view of the world corresponds closely to reality; the anthropocentric [human-centered] worldview is mostly just fantasy: piety in the sky.”

When Galileo brought his literal and figurative revolutionary findings to the attention of Catholic leaders and the Pope, the Inquisition forced him to recant, under pain of death. As more secular knowledge began to re-emerge in Europe after the so-called “Dark Ages,” and religious doubt based on reason proliferated, the church created a whole new branch of scholarship — Scholasticism — whose sole purpose was to make faith seem reasonable, ostensibly in compliance with the rational precepts of Aristotle and other Greek sages.

But mostly the church laser-focused on Plato, whose dreamy, surreal philosophical concepts were easily blended into supernatural Catholic dogma. The ideas of more secular Aristotle and others were mostly relegated to science and kept separate from faith, because they could be seen — correctly — to reject it.

As we can see with Christianity’s continuing success worldwide, with the possible exception of Western Europe, whose faith has largely lapsed, scholasticism and Catholic push-back against Greek rationality has been wildly successful.

Human beings still have a hard time letting go of the conceit that we are special in the cosmos, and on earth “a distinct and elevated class of beings ‘above apes’ and other animals,” David Zeigler wrote in his Skeptic article. Yet, we’re intimately related in DNA to every living being on earth.

We have a hard time wrapping our minds around the reality, which Hubble Space Telescope orbiting earth captured, that a tiny spot in the sky the size of a dime encompasses 3,000 far-distant galaxies other than our own, each with billions of stars and a nearly infinite number of planets.

Humans are stuck here far, far out in the wilderness fringe of our Milky Way galaxy, our tiny planet just one among quadrillions in just an infinitesimal speck of sky.

In fact, we are the center of nothing except our own narcissim.

And there certainly don’t appear to be any divinities keeping very close tabs on us, either. 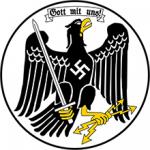 April 2, 2019
New book argues that only Judeo-Christianity can save mankind
Next Post 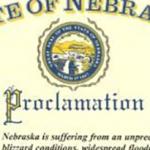