Listening to theologians parse the irresolvable contradictions of Christianity is like watching politicians madly spin bad news as good.

A case in point is another in New York Times columnist Nicholas Kristof’s occasional but always very interesting interviews with Christian apologists.

Kristof’s first question/answer exchange sets the stage in his April 20 interview with Protestant minister Serene Jones, president of the Union Theological Seminary, a nondenominational Christian institution in New York city, and author of a new memoir, “Call It Grace”:

Kristof: “Happy Easter, Reverend Jones! To start, do you think of Easter as a literal flesh-and-blood resurrection? I have problems with that.”

Jones: “When you look in the Gospels, the stories are all over the place,” the minister replied. “There’s no resurrection story in Mark, just an empty tomb. Those who claim to know whether or not it happened are kidding themselves. But that empty tomb symbolizes that the ultimate love in our lives cannot be crucified and killed. For me it’s impossible to tell the story of Easter without also telling the story of the cross. The crucifixion is a first-century lynching. It couldn’t be more pertinent to our world today.”

Kristof: “But without a physical resurrection, isn’t there a risk that we are left with just the crucifixion?”

Jones: “Crucifixion is not something that God is orchestrating from upstairs. The pervasive idea of an abusive God-father who sends his own kid to the cross so God could forgive people is nuts. For me, the cross is an enactment of our human hatred. But what happens on Easter is the triumph of love in the midst of suffering. Isn’t that reason for hope?”

The learned minister’s non-answer answers set the stage for her replies in the rest of the interview, which can be summed-up thusly: “Don’t look there. It doesn’t matter anymore. Look here.”

But, in fact, it does matter, terribly, that the all-important Christian dogma — that Jesus Christ arose bodily into heaven three days after he was crucified and died on a hill outside Jerusalem — has never been, can never be, confirmed in fact and reality to have actually happened.

But rather than fairly deal with the unconfirmable, the Rev. Jones, who teaches such things to bright-eyed seminarians, chooses instead to explain away the unverifiable with metaphors:

“… that empty tomb symbolizes that the ultimate love in our lives cannot be crucified and killed.”

What does such New Age religious revisionism even mean vis-a-vis scripture?

It appears to be a variation on the contemporary Christian theme of “God is love,” which also means nothing in relation to the central questions of Christian faith: Does God exist, is Jesus His son and Himself and the “Holy Ghost” simultaneously, and was Jesus resurrected bodily into heaven after his death?

However, these still are all purely imaginary questions regarding imaginary beings and realms that are impossible to quantify or substantiate with human sensory perception beyond private minds. They’re impossible to prove or falsify, in other words, or resolve.

Yet believing Christians, like the Rev. Jones, seem to find it hard to stop trying to substantiate these unsubstantial imaginings in ever-less-relevant ways.

Without evidence, she also blithely claims, “Crucifixion is not something that God is orchestrating from upstairs.”

Well, if the God of Abraham is the omniscient, omni-controlling being of all existence, how could He not be “orchestrating” everything “from upstairs”? If He weren’t, He would be some other being than the one Christians worship, one whose powers are only partial.

Jones doubled down on her vision of an omnipotence-lite deity on the question of evil.

Kristof: “You alluded to child abuse. So how do we reconcile an omnipotent, omniscient God with evil and suffering?”

Jones: “At the heart of faith is mystery. God is beyond our knowing, not a being or an essence or an object. But I don’t worship an all-powerful, all-controlling omnipotent, omniscient being. That is a fabrication of Roman juridical theory and Greek mythology. That’s not the God of Easter. The God of Easter is vulnerable and is connected to the world in profound ways that don’t involve manipulating the world but constantly inviting us into love, justice, mercy.”

So, God is actually “vulnerable and connected to the world in profound ways that don’t involve manipulating the world”?

By what authority does she make that scripturally unsupportable claim? Has she read the Old Testament, whose God is all about violent, often cruel, “manipulation”?

Is God really only love?

Jones’ theological claim that God is only “love, justice and mercy” is tantamount to an intellectal shtick, a kind of performance for emotional effect. But it has no truth content because Christianity itself, even before she recalibrated it to her own lights, has none. As far as anyone can divine, Christianity remains a largely fact-free faith that travels in emotional grandeur, not real-world actualities.

“For me,” Jones explains, “the message of Easter is that love is stronger than life or death.”

But, apparently, love is not strong enough to confirm the all-encompassing power of any purported divinity or, as far we can verify, to defeat death.

When theologians move goalposts in the game of faith, they lose the argument. After all, you can’t have your Bible and deny it, too. 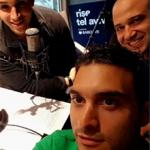 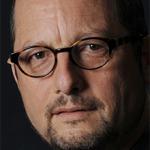