What is it about abortion that so unglues Republican evangelical Christians?

I suspect it has something to do with the fact they believe the Bible teaches all degrees of human life are “sacred” and inviolate, and also pro-life Christians seem to have an almost impossible time distinguishing the purported viability of first-trimester human fetuses from that of full-term babies.

Therefore, to these folks, all abortion is effectively murder, full stop, no matter when it occurs along the roughly nine-month gestation timeline.

Case in point: the shouting match that erupted Thursday in the Alabama Senate as Republican-majority proponents tried to rush through a vote on a draconian bill that “would criminalize abortions by making performing the procedure a felony punishable by up to 99 years imprisonment,” according to a Washington Post report.

If passed, it would have been the nation’s most restrictive abortion law.

However, the bill was abruptly tabled after all the shouting began, as Democrats vociferously protested a voice vote on the bill rather than their preferred roll-call vote, and what they considered the majority’s “steamrolling over their concerns” about the language of the bill.

Whatever authentic concerns Republican senators and their conservative constituents may have regarding abortion in general, this particular bill is pure cynicism, and thus dishonest.

Republican state Rep. Terri Collins, who sponsored the bill, said she submitted the legislation hoping it would, as the Post reported, “spark litigation that would force the conservative majority on the U.S. Supreme Court to reconsider Roe v. Wade.” That landmark 1973 decision legalized all American women’s right to abortion.

Noting only a narrow legality for states to regulate abortions, the court identified a point where that might be appropriate:

“It placed the point after which a state’s compelling interest in the pregnant woman’s health would allow it to regulate abortion “at approximately the end of the first trimester” of pregnancy. With regard to the fetus, the court located that point at ‘capability of meaningful life outside the mother’s womb,’ or viability.”

But under the proposed new Alabama law that was tabled May 9 after blowback from Democratic state senators, doctors would not be legally permitted to perform abortions after a fetus is “in utero,” or attached to a woman’s uterus. Only a single exception is allowed in the current bill — if a case involves a serious health risk “to the unborn child’s mother.”

Causing the fierce ruckus in the Alabama Senate was a Democratic amendment that added exceptions for pregnancies resulting from rape or incest.

The state’s anti-abortion Republican governor, Kay Ivey, is expected to sign the bill once it passes, but she hasn’t commented on the legislation as it moves through the deliberative process.

Alabama is among more than two dozen states that have sought to impose new restrictions on abortion this year. On Tuesday, Georgia joined five other states in imposing a ban on abortions after the sixth week of pregnancy. Sixteen states have passed or are rushing to prohibit abortions after a doctor can detect what they term “a fetal heartbeat in the womb,” usually at about six weeks, often before many women are even aware they are pregnant.

Other states are preparing to counter these moves by conservative state legislatures. For example, Vermont on May 7 passed a bill that would enshrine abortion rights delineated by Roe v. Wade in the state’s constitution. Twelve other states have similar bills under consideration, including in New Mexico, Nevada and Rhode Island, the Post reported.

Tom McClusky, president of the activist anti-abortion group March for Life Action, likely speaks for many conservative, pro-lifers when he said,

“What we’d like to do is change the culture so that no family facing this situation would think of the option of abortion.”

The Post reports that anti-abortion proponents are “looking to Supreme Court Justice John G. Roberts Jr. and newly seated Justice Brett M. Kavanaugh to provide a resolution to the debate that has divided American for decades.”

The American Civil Liberties Union and other liberal critics of increasingly restrictive state abortion laws calling for bans after six weeks (which have been rejected by a least two courts), describe them as “draconian, unscientific and part of a deliberate strategy to pass increasingly radical laws in hopes of getting the issue before the Supreme Court.”

Whatever happened to the ancient Christian imperative to obey our governments and their laws, which in the 21st century would include legally enacted and constitutional laws in the United States, including Roe v. Wade?

It isn’t written, after all, that we should give to God what is Caesar’s. 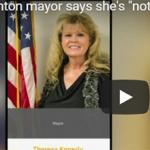 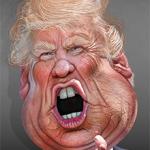 May 11, 2019 Want to unearth evidence Trump is hiding? Here’s a legal shovel.
Recent Comments
0 | Leave a Comment
Browse Our Archives
Follow Us!

Marine Leader Orders Removal of Confederate Monuments
The Commandant of the Marine Corps has ordered the removal of all...

Why It's Unproductive to Frame PMS as a...
I don't know how much of our understanding of PMS-induced mood swings...
view all Nonreligious blogs
What Are Your Thoughts?leave a comment
Copyright 2008-2020, Patheos. All rights reserved.