Do you really think the Founding Fathers wanted God on our money?

Quick, who was the first U.S. president to use the phrase “Judeo-Christian”?

It was Eisenhower (in office 1953-1961), according to Steven Waldman, best-selling author of Founding Faith: How Our Founding Fathers Forged a Radical New Approach to Religious Liberty (2008).

It’s a significant historical aside because Eisenhower was the guy who also signed legislation formally changing the national motto in 1957 to “In God We Trust” (from the secular E pluribus unum, “from many, one,” adopted 1782) and inscribing American money with that new, inherently religious phrase.

Acute fear of Communist encroachment in 1950s motivated these changes, but they clearly did not comport with the Founding Fathers’ secular, Enlightenment-informed intentions for the then-new nation in the 18th century.

Walman said a strong sense of the need for more religious devotion in America is what drove Eisenhower in encouraging more God in American life. In an interview with Becky Garrison in The Humanist magazine, he said:

“Part of what made Eisenhower’s approach interesting is that he became obsessed with religiosity. He was the first president to use the term ‘Judeo-Christian,’ and he was also known for saying, ‘Everyone should be religious, and I don’t care what the religion is.’ Hence, it was an aggressive push for religiosity and a radical pluralism at the same time.”

But Waldman contends in the Humanist interview that only a clear separation between church and state can lead to “a healthy religious outcome” for the nation.

The United States early-on was a very religiously diverse place, although its inhabitants were mostly Christians of one stripe or another, and the nation’s religious fervency ebbed and flowed. But one constant was inter-denominational conflict. Waldman believes that a great boon to religious freedom and peace in America was the so-called Second Great Awakening religious revival in the early 1800s.

“Protestants demanded the end of the formal establishments of religion in different states and were an important part of the political constituency that broke down remnants of the old religious establishments,” Waldman said.

The Constitution only specified that the federal government could not “establish” — create, support or privilege — any religious practices or entities. So, for years after its signing, state lawmakers, in fact, did establish official churches, require religious tests for public office, and assess general taxes to support the state churches from all citizens, no matter what their religion.

“It wasn’t until the Fourteenth Amendment (adopted 1868) that the ideas and principles in the Bill of Rights got applied to local and state government,” Waldman said.

The amendment brought American constitutional practice more in line with the original intent of the nation’s founders, Waldman said:

“The evidence is overwhelming that the key founders did not wish to establish a Christian nation in any formal sense. Quite to the contrary, they were very focused on creating a kind of fee market of religion that would allow a variety of different denominations and religions to flourish.”

Nonetheless, Walman added, the founders were mostly Christians and “believed Christianity was very important for the country. … But they didn’t translate their Christian beliefs into thinking everyone else had to have the same views. And that’s a very important point.”

In the current religious milieu in America, where since the turn of the millennium evangelicals feeling growing secularism is infringing on how they practice their faith, Waldman believes that nonreligious Americans need “to give religious people room to express themselves publicly.” But he also opposes turning in another direction and giving religion “lower status.”

He says that when nonbelievers help protect religious diversity in the U.S., they simultaneously protect their right “to not follow any religious doctrine.”

American religion is transforming, he believes:

“The rise of nones [the religiously unaffiliated] and the growth of non-Christian religions underline the importance of having a pluralistic model. You can’t even talk about a Judeo-Christian model anymore because there are so many people who don’t fit anywhere within it. So you must have a model that allows for a broader range of different religious and non-religious perspectives.”

But such a model should also ensure that all Americans in their legally permissible pursuits, such as sexual identity, same-sex marriage and abortion, should never be discriminated against because of the religious beliefs of others. 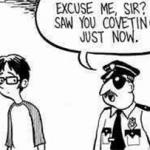 May 11, 2019
Coveting your neighbor's Corvette isn't a crime in America. Yet.
Next Post 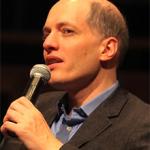 May 13, 2019 What the heck is ‘religious atheism’? It’s religion minus faith. Huh?
Recent Comments
0 | Leave a Comment
Browse Our Archives
Follow Us!