Back in the day, primarily gays were “closeted” in America.

Now it’s atheists, according to a 2017 University of Kentucky (UK) Psychology Department study by Will M. Gervais Maxine B. Najle, titled “How many atheists are there?”

The study suggests that persistently “potent” stigmatization of atheists in the United States causes many survey respondents to hide their atheism, even in anonymous studies.

As a result, Gervais and Najle hypothesized, whereas only 17 percent of respondents self-reported their atheism in the UK study, a separate “indirect” survey indicated that even a 35 percent proportion was “roughly as credible,” and that 26 percent was about three times as credible as 17 percent, according to study data.

These data compared to a 2015 Pew Research Center survey that estimated perhaps 3 percent of Americans are atheists, and a Gallup poll the same year that put the figure at 11 percent.

Are a quarter of Americans atheists?

The study concluded that roughly 26 percent of Americans are credibly atheists, and that a third of American atheists are “effectively closeted.” Interestingly, the survey suggested men seem more willing to admit atheism than women.

A couple of recent mainstream news-media articles give support to the UK study’s conclusion about a curious American prejudice against atheists.

In his May 8 column — “It’s time for us to have an unapologetic atheist in the oval office” — Post opinion writer Max Boot, a self-described nonbelieving cultural Jew, points out that while the current crop of 2020 Democratic presidential candidates is strikingly diverse, it includes zero self-avowed atheists.

Boot notes that in the current 22-candidate 2020 list “virtually every ethnic, religious and sexual identity is represented. There’s a gay man, six women, three African Americans, a Chinese American, multiple Catholics and Protestants, even a Hindu. (Hindus are 0.7 percent of the population.)”

But there’s apparently no atheists in the gang, despite the fact that about a quarter of the population now identify as “nones,” people who do not affiliate with any religion and include atheists and agnostics. It’s one of the nation’s largest and fastest growing demographic groups. According to Pew, “nones” represent 22.8 percent of Americans, nearly as populous as Protestants (25.4 percent) and slightly more numerous than Catholics (20.8 percent), Boot reports. He says no other religious group “comes close” to nones.

“The reticence is understandable given that animus against atheists is one of the last prejudices still acceptable in polite society. A 2015 Gallup poll found that more respondents would refuse to vote for an atheist for president (40 percent) than for a Muslim (38 percent), gay (24 percent) or Jewish (7 percent) candidate. Other surveys have shown that Americans don’t want atheists marrying their children or teaching them. Eight state constitutions even prohibit nonbelievers from holding public office.”

Not good without God?

Boot speculates that this bias exists because of “the erroneous assumption that you can’t be good without God.” In fact, an international study showed that people are likely to think an atheist is a serial killer.

This bias exists, Boot notes, despite manifold atrocities committed by believers every day throughout the world, and throughout history. He points out that the recent Easter suicide bombings in Sri Lanka were carried out by Muslim zealots, that the Poway, California, synagogue attacker was a conservative Presbyterian who hated Jews for killing Jesus, and that a shockingly expanding number of Catholic priests have inflicted countless sexual atrocities against children in their religious care.

So, on balance, it just seems irrational to hold such an evidence-free prejudice against nonreligious people, atheist or otherwise. But it is what it is.

“ Some evangelicals condemn [Democratic presidential candidate] Pete Buttigieg, a Christian combat veteran, for being gay, yet insist that God selected Donald Trump — a thrice-married adulterer and serial liar whose life has been devoted to the pursuit of mammon — as president.”

Even believers face bias … but

Leonhardt gave a nod to religious Americans who claim they are also discriminated against:

“You sometimes hear arguments that religious people in the United States suffer from discrimination, and that’s true in some sense. Specific religions do suffer discrimination. And in some parts of secular, liberal America, there is a skepticism about religion that can veer into disrespect. But this skepticism is of a completely different order of magnitude from the hostility toward the lack of religion. Politics is the clearest example: To run for any office, asserting one’s religious faith is practically a requirement.”

In the meantime, the bias remains, although it does seem to be softening a bit. (See my post from earlier this year about a rare, publicly avowed atheist, Democratic Rep. Jared Huffman of California.)

Instances of atheist candidates publicly outing themselves may snowball when nones start to see the potentially powerful voting block they represent, nearly as large already as evangelicals, and much faster growing. 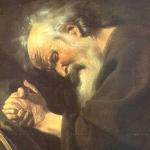 May 24, 2019
The Greek sages: Heraclitus — No stepping twice in same river.
Next Post 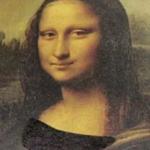 May 26, 2019 Taliban didn’t black-out genitalia in art textbook. A U.S. college did.
Recent Comments
0 | Leave a Comment
Browse Our Archives
Follow Us!