Just because zealous medieval priest Augustine of Hippo (354-430 AD) was full of self-loathing about his normal sexual compulsions as a young man, there’s no reason the rest of us need still be today 1,589 years after his death.

But that would be wishful thinking, especially in America and particularly for fundamentalist Christians. Even modern nonbelievers are often infected with sexual apprehensions, a relentlessly perpetuating cultural and social artifact that remains from once-all-powerful Christianity’s long comingling of sex and sin.

Thanks for nothing, Augustine

Augustine coined the destructive idea that Eve’s biblical betrayal of Adam with the poison apple in the Garden of Eden indicts the natural seductiveness and deviousness women use to corrupt men away from God’s favor. Eve is still even today held liable by fundamentalist Catholics and other devout Christians for saddling all humankind at birth with “original sin,” which Augustine invented as a consequence of Eve’s purported sexual shenanigans in the Garden.

This imaginary religious bias also extends to demonizing kids for their sexuality and gender preferences.

Which brings me to Colorado House of Representatives’ bipartisan Bill 1032 regarding “Comprehensive Human Sexuality Education,” which was approved by the House, 38-23, on Feb. 23, and is now being considered and amended by the Senate.

The bill’s genesis is clearly one of humanist good-intentions, but bad-faith blowback by social conservatives and fundamentalist Christians, often one and the same, has complicated progress toward passage.

Sen. Dan Coram (R-Montrose), one of the primary sponsors of the bill in the Senate and the father of a gay son, said he has been deeply disappointed by the unhelpful and loathsome “hate and intimidation” coming from opponents of the bill.

Coram is actually trying to stem a crisis of suicide among teen-aged LGBTQ (lesbian, gay, bi, trans and queer) youths in Colorado, whose suicide rate is now twice the national average, rising 34 percent among 10- to 24-year-olds from 2013 to 2017, according to the Colorado Health Institute. In Coram’s own district, the rate is three time the U.S. average — making the issue deeply personal for him.

“In the last 18 months, I’ve had three personal friends lose a child or a grandchild to suicide. We need to teach tolerance and acceptance of those who do not think exactly like we do.”

In addition to enacting sensitive, sensible legislation in every state, resolving the problem will require ignoring ancient religious nonsense in the minds of Christians and others infected with now-indefensible sexual prejudices.

But time is short. As we speak, LGBTQ youths continue killing themselves in nation-high numbers as a result of self-doubt, bullying, discrimination and other painfully corrosive insults in a still-intolerant culture. One in five of these kids report having attempted suicide.

Ironically, uber-religious and conservative parents’ seem more terrified that their kids might anything sexual except an abstinence-only ethos that they seem to miss the whole suicide-prevention aspect. Or that comprehensive sex education might turn their kids into homosexuals.

“I have never seen the degree of angst that I see today,” says bill co-sponsor Sen. Nancy Todd (D-Aurora), who helped pass Colorado’s previous sex education bill in 2013. “There is so much misinterpretation that this bill is about teaching kids to become gay.”

Bill sponsors contend that by teaching kids in abstinence-only sex education that the only morally correct family structure is heterosexual, LGBTQ youth are stigmatized and marginalized — along with unmarried, divorced or LGBTQ parents.

Plus, of course, many studies continue to reaffirm that abstinence-only does nothing to reduce sexual activity among teens. It’s a myth borne of wishful thinking emanating from Christian doctrines as old as the Judean hills.

The willful misinformation campaign by comprehensive sex-ed opponents would be so laughable if it weren’t so destructive. One Colorado student, Astrid Flores, testified at a Senate hearing that girls in her church’s abstinence program were handed out hard candies to suck on — then instructed to pass the saliva-laden sweets to the person next to them.

“Exactly! Just like a candy, nobody wants a woman who is used,” Flores said the teacher told the girls when they recoiled from taking the already-sucked candies. “I was so shocked I was at a loss for words.”

As any rational person would be.

Fortunately, Colorado legislators on both sides of the aisle are considering passage of this bill with reason and not mindless religious bias.

Indeed, sexual ignorance will just lead to misery — potential unwanted pregnancy and the adult problems that entails, and possibly STIs, plus very likely guilt after having sex (as statistic show teens almost certainly will), whether they enjoy the act itself or not.

A built-in negative to the bill is that schools and parents will still be allowed to opt their children out of sex education programs they don’t like.

So, if the bill passes, whereas more kids will get a more realistic, more complete sexual education than is now offered, others will get no education at all. 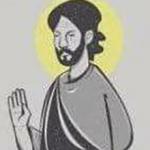 April 30, 2019
Notice the halo behind the heads of saints? What's up with that?
Next Post 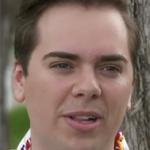