I read a blog post this week that sharply illustrates how Bible-based racism continues to infect government decisions in American towns.

Reported rejection by the mayor of Keith Henry, a black candidate for city administrator and one of four finalists for the job, ignited a controversy in the city council. Mayor Kenerly reportedly said (in an overheard whisper) in an executive session that she blackballed Henry “because he is black, and the city isn’t ready for this,” Stone reported in his blog.

Councilman Cleveland said he didn’t necessarily read anything inappropriate into the mayor’s purported statement and action regarding Henry.

“I understood where she was coming from,” he told the Atlanta Journal-Constitution. “I understand Theresa saying that, simply because we’re not Atlanta. Things are different here than they are 50 miles down the road.”

Nonetheless, Hoschton’s city code reads: “There shall be no discrimination exercised because of race, national origin, color, religion, creed, age, sex … All personnel actions shall be based solely on individual merit and fitness.”

A number of other council members protested against the “blatant racism … to their credit,” Stone wrote, but some also defended Kenerly’s justification for pulling Henry’s name from consideration.

When the Journal-Constitution contacted Kenerly she at first declined to confirm or deny the allegation because she argued that it occurred in executive session, although releasing such information is not wholly prohibited by law. She later issued a statement disputing contrary accounts by other city officials, the newspaper reported:

“I do not recall making the statement attributed to me regarding any applicant for the City Administrator position, and I deny that I made any statement that suggest (sic) prejudice.”

Councilman Cleveland, one of the mayor’s supporters, said “she may have been right” to discriminate against a black administrator candidate based on his race and added, curiously, that he is personally uncomfortable with “race-mixing,” Stone reported in his blog. Cleveland told the Journal-Constitution that he believed the mayor was “looking out” for Henry because of the city’s low percentage of minority residents.

Regarding his views on “race mixing,” he told the newspaper:

“I’m a Christian and my Christian beliefs are you don’t do interracial marriage. That’s the way I was brought up and that’s the way I believe. I have black friends, I hired black people. But when it comes to all this stuff you see on TV, when you see blacks and whites together, it makes my blood boil because that’s just not the way a Christian is supposed to live.”

Hoschton councilwoman Hope Weeks wrote in response to a Journal-Constitution question that the mayor told to her after the executive session that Henry “was real good, but he was black and we don’t have a big black population and she just didn’t think Hoschton was ready for that.”

In an email, another councilwoman, Susan Powers, wrote:

“I am appalled that in 2019 an applicant would not be hired based solely on the color of their skin.”

Although Mayor Kenerly later “tearfully” apologized to the council for any discomfort her statements or actions may have engendered, Weeks said it wasn’t enough.

“She was apologizing to the council,” Weeks wrote in a statement received by the Journal-Constitution in an open-records request. “To me, she shouldn’t be apologizing to us, but to the person she harmed and to the city.”

Town on verge of ‘dramatic growth’

The white citizens of Hoschton, a community of 2,000 whose outlying areas are “poised for dramatic growth,” are, according to Cleveland “not in accord with urban sensibilities about race.” the newspaper reported. The local downtown is roughly only two city blocks, but development is burgeoning beyond, including 1,422 acres to the south on which Kolter Homes of Florida plans to build an exclusive, 2,600-home seniors community.

“The development is a signal that the explosive growth of Atlanta’s core suburbs is pushing deeper into areas once considered beyond its influence,” the newspaper reported.

The bottom line is that the Journal Constitution investigation into the Hoschton controversy “revealed not only a deeply flawed hiring process, but also hard racial attitudes inside Hoschton’s government,” the newspaper’s article reported.

Keith Henry, the focus of the controversy and a Houston, Texas, resident, eventually withdrew from consideration of the administrator job “for various reasons,” he said, including finding a job closer to home. He told the newspaper he wasn’t shocked by the debacle.

“It comes with the territory,” he said. “If you live in America as a minority you can’t be naïve that it is the reality that you face.”

And so it does. Sadly, in many parts of America, people still intuitively make immoral, illegal decisions based on unsupportable biblical claims that undergird racism. 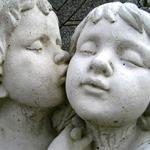 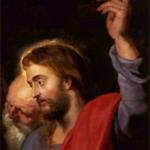 May 10, 2019 Anti-abortion forces mobilize to give to God what is Caesar’s
Recent Comments
0 | Leave a Comment
Browse Our Archives
Follow Us!