Students in a pro-equality club at Rapid City Stevens High School in South Dakota have demonstrated more allegiance to the U.S. Constitution than Gov. Kristi Noem and the state Legislature.

At Monday’s meeting of the Rapid City Council, the group — WISE (the Working to Initiate Social Equality club) — protested as exclusionary the Legislature’s new law requiring all of the state’s public schools to prominently post the religiously themed national motto, “In God We Trust.”

The club has proposed a new design (see above) they feel would be more inclusive and not exclusive to the Christian deity traditionally referred to as “God.” WISE member Abigail Ryan explained her club’s rationale to NBC-TV affiliate Newscenter1 in Rapid City:

“Even though we acknowledge that ‘In God We Trust’ is our national motto, we were hoping we could somehow create a design, and show that students really want to be inclusive, and demonstrate that we want to be aware of all religions. Since we all have the freedom of religion, the establishment clause in the first amendment states that the United States Government and no government agency should be able to prefer one religion over another.”

In the WISE design presented to city council members, a variety of names for divinity under multiple religions are displayed, including Yahweh, Science, Brahman, Allah, Buddha, The Spirits and God. The design also nods to nonbelievers, who trust not in a deity but in “Ourselves” or “Science” or other real-world concepts.

Gov. Noem, who has a long history of publicly espousing evangelical Christianity, signed the new “In God We Trust” legislation in March. Passage in the Legislature was contentious and showed that many lawmakers were more interested in promoting their religion than upholding their constitution.

A Sioux Falls Argus Leader article after the signing noted some contention in legislative negotiations on the bill:

“Whether to require the display was a sticking point between the Senate and the House during the legislative session. The Senate Education Committee changed the bill’s language to allow public schools to display it, but not require it, and the House State Affairs Committee changed it back to a requirement. The House then added a section stating that if displaying the phrase results in a lawsuit, the state attorney general will provide legal representation at no cost to the school district or school board and the state will assume financial responsibility for any legal expenses related to the lawsuit.”

I wrote about this topic in this earlier post: “South Dakota decides ‘In God We Trust’ is patriotic, not religious.”

To repeat, ‘God’ is religious

Disingenuously, the new “In God We Trust” law emphasizing the phrase’s status as the national motto implies that it is presumably secular and constitutional because it was approved by Congress. But it doesn’t point out the Cold War, anti-godless-Communism hysteria of the time that led lawmakers to throw out the traditional national motto ratified by the Founders, E. pluribus unum (From many, one). The new law’s text reads, in part:

Considering that “God” is an inherently religious term, and one particularly embedded in Christianity, how is the South Dakota Legislature’s new law not an establishment of religion?

It’s nice to know high school students can immediately see the constitutional problem with this law, with its un-American discrimination against non-Christian religions and people who choose to forgo religion altogether. Such devotion to equality and constitutional principles of all-inclusive religious freedom in ones so young bodes well for America’s future, no matter what the Rapid City council does or doesn’t do to honor religious equality in implementing this new religious law.

In WISE, I trust. 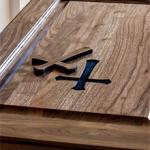 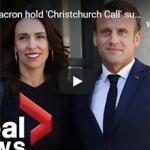 May 16, 2019 Trump nixes Christchurch anti-hate initiative to protect himself
Recent Comments
0 | Leave a Comment
Browse Our Archives
Follow Us!