U write good? Their their, its K if yore grammer, etc., sucks.

When I was working as a copy editor for a daily newspaper some years ago, there was an annoying local woman who mailed us handwritten notes nearly every day detailing all the mistakes we had missed the day before.

Turns out most everyone is annoyed by those kinds of people, the relentless nitpickers of the world.

And there’s actually scientific evidence to support that hypothesis.

An interesting article May 3 in the online news site Science Alert, referencing a University of Michigan study published in 2016 by the online general science journal Plos One, reported:

“Scientists have found that people who constantly get bothered by grammatical errors online have ‘less agreeable’ personalities than those who just let them slide.”

The study concluded that people with introverted personalities — shy, reticent, inward-looking folks — as opposed to extraverts, are mostly likely to be “peevers” and “grammar police.”

A fun headline introduces the study’s final report in Plos One: “If You’re House Is Still Available, Send Me an Email: Personality Influences Reactions to Written Errors in Email Messages.” Subjects responded to emails sent by fictitious housemate hunters. The study focused on “actual written errors (not changing conventions of writing) and the ways in which social interpretations of them may be influenced by characteristics of the [subject email readers].”

“This is the first study to show that the personality traits of listeners/readers have an effect on the interpretation of language,” said lead researcher Julie Boland in 2016.

It was the first time researchers were able to show how a person’s personality traits can actually determine how they will likely react to typographical and grammatical errors they encounter. Researchers inferred that this “could teach us a lot about how people communicate (or miscommunicate) online,” according to Science Alert.

Overall, I found the study results fascinating, but what really caught my eye as a nonreligious blogger was the finding of how negative readers’ social judgments were toward email writers who made the most mistakes. I equate how most Christian people view atheists to how introverts view those whose everyday writing is riddled with errors.

We already know that mostly-Christian Americans have a very dim view of atheists, and this study shows that nitpickers give off the same negative vibe toward those who create nits — whether it’s truly by error or by choice or style, as many people these days abbreviate “you” as “u” and “Okay” as “K” in casual online messaging.

In other words, atheists and grammar thugs are viewed as “others,” people who don’t interpret existence or communicate in what is considered the “right” way, the “normal” way. They’re viewed as people to be wary of, disrespected or avoided.

The U of M study also produced some curious results, revealing, for example, that super-conscientious people found simple typos (e.g., “Mississippy” instead of the correct “Mississippi”) most aggravating, while disagreeable personality types were most annoyed by grammatical mistakes (e.g., “He has went” and “You be young,” instead of “He has gone” and “You are young”)

“Interestingly,” Science Alert noted, “how neurotic someone was didn’t affect how they interpreted mistakes.”

In other words, a conscientious nitpicker with obsessive-compulsive disorder would still likely loathe typos, as would an anxiety-racked, disagreeable person still be disgusted by bad grammar.

But cautious is the watchword.

“The differences picked up in the research were pretty subtle — and it’s a small sample size in general, so we need to take the results with a grain of salt,” Science Alert suggested. “But the results couldn’t be explained by people’s age or education, which suggests that personality traits were playing a role.”

In the meantime, I be optrimistic that farther research will bare out these findings, showing that how we be is a wide window into are prejudises.

If you’re a nitpicker or generally disagreeable by nature, you’ve probably already picked out the five mistakes in that last sentence — not to mention eight in the headline.

But, don’t worry, I’m not as disagreeable as I may seem.

“When comforting a grammar Nazi, I always say softly, “There, their, they’re.” 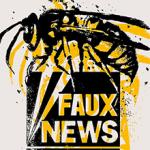 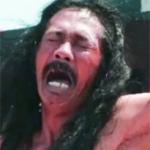 May 21, 2019 Filipino Christians are nailed to crosses every year. Crazy, right?
Recent Comments
0 | Leave a Comment
"Notice the archive changed things AFTER the Post article."And I would have got away with ..."
Cozmo the Magician National Archives are misrepresenting history to ..."
"It worked for Paul."
Bob Jase Do damaged or disordered brains spawn ..."
"Where exactly are the waters above the firmament in that photo?"
Thanks4AllTheFish I would absolutely become a true ..."
"I do know a handful of highly intelligent Christian fundamentalists. They were indoctrinated from early ..."
ObstacleChick Do damaged or disordered brains spawn ..."
Browse Our Archives
Follow Us!